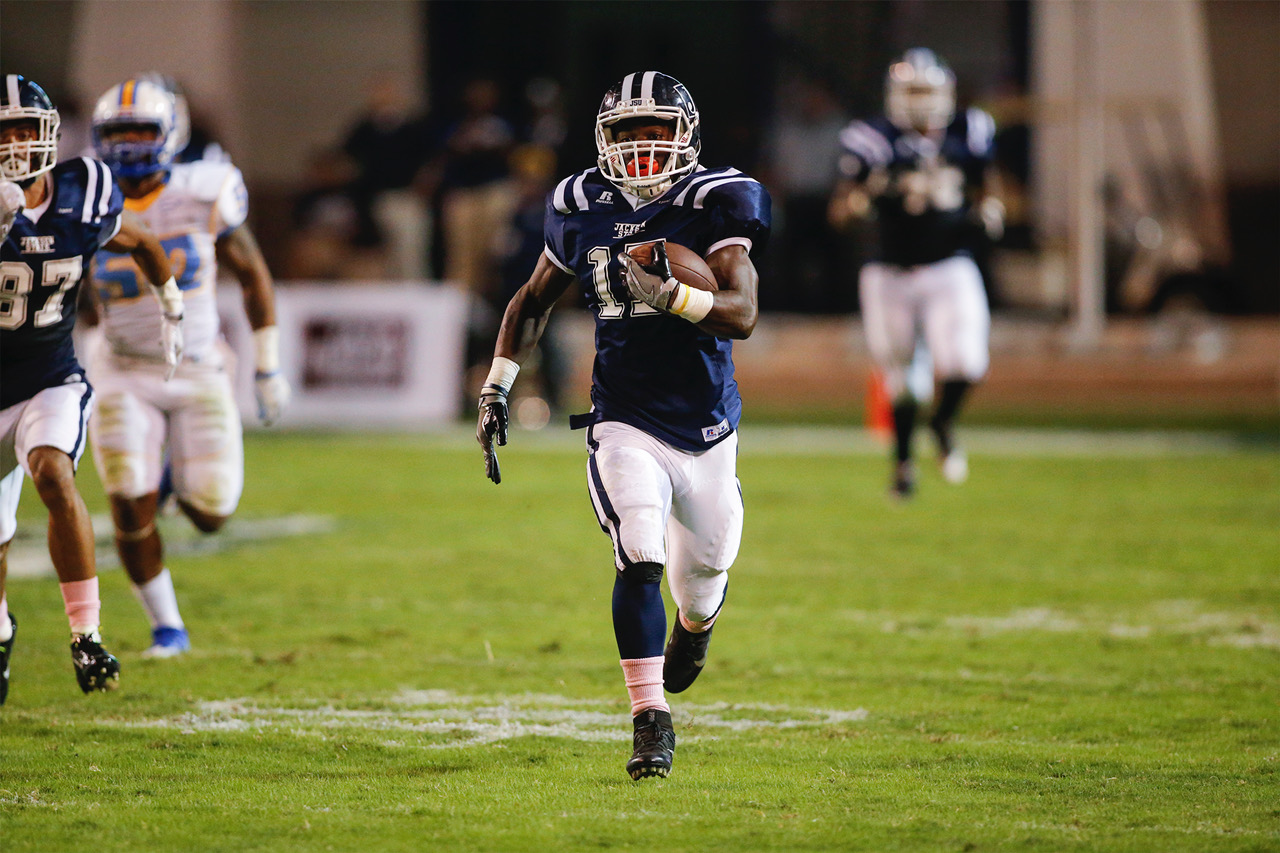 Tigers have 40 new players this season.

That’s because Jackson State (3-8 overall, 3-6 SWAC) was involved in five games last season that were decided by one possession.

“I told the Jackson State fans if you have high blood pressure medication, low blood pressure or whatever it is that when you come watch the Tigers play, you better take your medication because these games are going to tough and they’re going to come down to the wire,” Hughes said.

“But, we fell on the short end of the stick so where do we have to improve as a football team so that doesn’t happen to us again.  So, we started with building our leadership in the offseason.  We’re only going to be as good as our leadership is going to be.  We’ve had tremendous leadership with our team this spring and summer so our kids can come in with a great deal of confidence because of how they’ve worked.”

Jackson State will field a young team as it has 40 new faces that have never played a down at JSU whether they are incoming freshman, redshirts or transfer student-athletes.

“It makes everything that we do this year a tremendous challenge,” Hughes said. “But, in order to be the best, you’ve got to play the best and beat the best so we are just going to concentrate on ourselves and believe in what we do.”

Under center, Jarin Morikawa finished out the 2016 season as Jackson State’s starting quarterback and led the Tigers to a pair of successful drives, tossing for 257 yards and a pair of first quarter touchdowns against SWAC East Division champion Alcorn State last November.

After suffering a concussion during the annual Blue and White spring game, Morikawa has elected to retire from football, opening up the opportunity for a new quarterback to emerge from a roster that includes redshirt sophomore Brent Lyles, juniors Jordan Williams and Jarrad Hayes and Juco transfer quarterback Alin Edouard from Independence Community College.

Edouard remains an intriguing option in that he originally signed with Syracuse University, but did not play due to an issue with his high school transcript.  Touted as a three-star recruit by 247sports.com, Edouard led Hialeah (Florida) to the District-13-8A Playoffs in his high school senior year, passing for 2,398 yards and 45 touchdowns, as well as 632 rushing yards, averaging 7.8 yards per carry.

In the backfield, running back Jordan Johnson gave promise to the Tigers offense in his freshman campaign by ripping off chunks of yardage (6.4 yards per carry) with 477 yards on 75 carries to finish inside the top 10 in the conference for yards per game with 43.4. The returning sophomore (6-1, 195 pounds) from Terry, Miss. is in line to receive more carries in 2017.

Jackson State will need to get more support from their wide receiving corps if they plan on competing for the SWAC’s Eastern Division crown.  The top returner at the position is senior Jevon Floyd, who caught 28 balls for 280 yards but did not find the end zone.

Tony Hughes says his team isn't a finished product, but there was plenty to be optimistic about Thursday.https://t.co/PMc6wyrq1R

Defensive lineman Keontre Anderson enters the season as the SWAC’s Preseason Defensive Player of the Year in his return as the top guy on the team in tackles (55), sacks (tied for the most second most in the conference with nine) and tackles for a loss (25.5 led all FCS players).  A big question will be how teams adjust to him without top run stuffer Javancy Jones (fourth most tackles in the SWAC with 82, four sacks) who has graduated.

The Tigers secondary will also be looking for new players to step up as no players return with an interception under their belt in 2016.  Top ball hawks Justin Jemison (three INTs) and Zavian Bingham (seven passes defended) have graduated.

Jackson State had three players in all named to the All-SWAC Preseason Team including one First Team selection in Anderson and two additional picks on Second Team in OL Vincent Hunter and LB Shawn Bishop.  The Tigers were predicted to finish third in the SWAC Eastern Divison.

Interceptions: No returners with an INT

Potential game breaker: Anderson. The 6-4, 255-pound defensive lineman from Canton, Miss. is a disruption to opposing offenses who try to move the chains.  His sheer volume of game-changing plays for losses should cause plenty of three-and-outs, creating the possibility for a short field for the Jackson State offense to operate within this season.