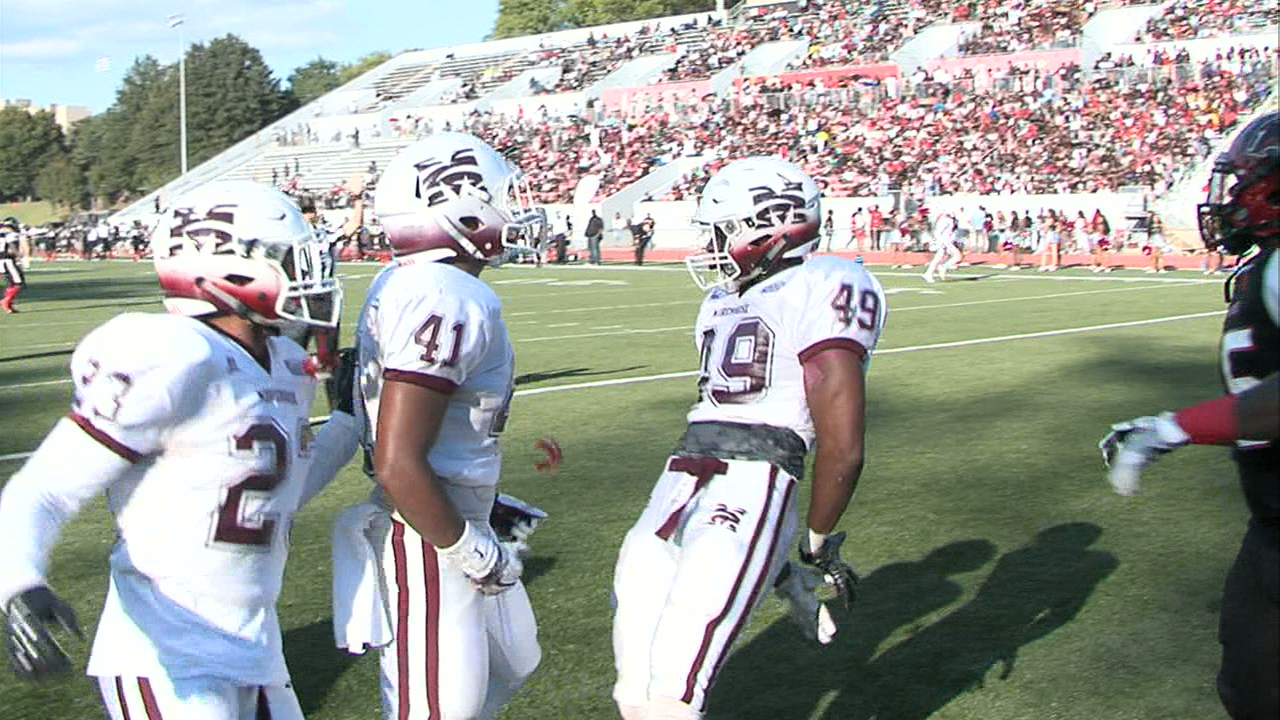 The road map to success this year is quite clear for Morehouse College; continue to build on a strong defense and rejuvenate a putrid offense.  The Maroon Tigers were third in total defense in the SIAC last season but ninth in total offense.

We will get a peek at whether or not the offense has come around when Morehouse has a fall scrimmage on Friday night in Atlanta.  Quarterback Kivon Taylor knows some of the issues that plagued the team last season.

“I think at times we would get stagnant and become complacent.  We would run not the same play but the same type of play,” Taylor said.

That lack of variety on offense may be solved thanks to new offensive coordinator Harry Williams who comes to Morehouse from Langston.

“That was a big move for us. He stepped out on faith and made the move from Langston, nearly a 1,000 miles away in Oklahoma to come to Morehouse College.  I think the sky is going to be the limit for him.  I think offensively we’ll be a little more explosive and exciting,” said head coach Richard Freeman.

Williams will have a nice weapon to work with in Kivon Taylor.  The senior quarterback split time last year with Monqavious Johnson but may be able to showcase his explosiveness for the entire game this season.  Morehouse was last in rushing offense a season ago, but Taylor did lead the team in average yards per carry at 3.1 on 47 attempts.  His quickness was on full display during spring ball as he gave the defense “problems” according to Freeman.

Taylor will need to improve his throwing accuracy.  He had just a 46 percent completion ratio last year but did manage to throw just as many touchdowns as Johnson and four fewer interceptions.

A turn around for Morehouse may or may not come.  Voters in the preseason poll didn’t seem to think that it would. The Maroon Tigers were picked to finish fifth in the SIAC East, one spot behind their AUC neighbors Clark Atlanta.

Fans will get an idea of where the revamped offense is during Friday’s scrimmage but the best look will come on September 2nd.  Morehouse opens the season on the road against the University of Arkansas Pine Bluff from the SWAC.