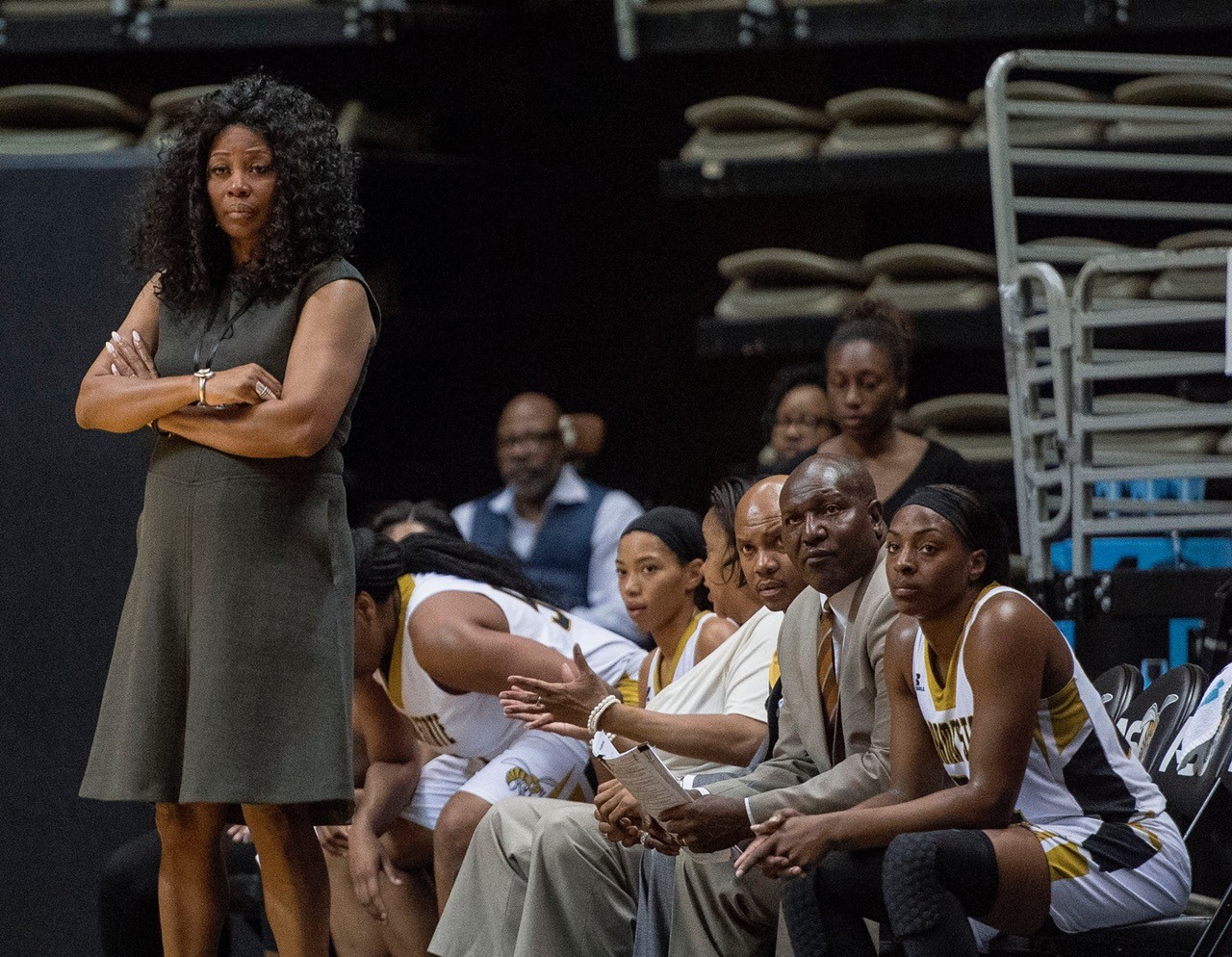 MONTGOMERY, Ala. | The Alabama State University women’s basketball team released the schedule for the upcoming season, featuring 13 home games and a road trip to face the defending national champions.

“The non-conference schedule is extremely difficult as usual,” Alabama State head coach Freda Freeman-Jackson said. “We kick it off with the defending national champions, and anytime you play a team coming off a national championship it is going to be tough.”

Alabama State opens the season on the road against the defending national champion, South Carolina, November 10 – one of two games against a SEC foe this season for the Lady Hornets. After the opener, the Lady Hornets return home to face Savannah State (November 13) and another NCAA participant, Troy on November 16.

After the short home portion of the schedule, the Lady Hornets hit the road for their next three games beginning with Samford on November 19 and a pair of games at the Southern Miss Tournament (November 24-25). They close out the month of the November at home against South Alabama on November 28.

Alabama State opens the month of December with three consecutive road games, beginning with eight-time national champion and five-time national runner-up Tennessee (December 3). They then travel to the University of Miami (Fla.) for a match-up December 15, before playing at UAB (December 19). The Lady Hornets close out the non-conference schedule with a home game against Mobile (December 21).

“We also play at Tennessee,” Jackson said. “We played them in the NCAA Tournament a few years ago, and they are a powerhouse. And then you add in a team like Miami and it makes it a major schedule. We also added some in-state schools to this year’s schedule, which is a great opportunity to see where we match up with them.

“We have Troy and South Alabama on the schedule, and travel to UAB and Samford. If we can find a way to split, win a couple of those in-state school games, it would be good for our program. Of course you want to win all of them, and we are challenging our girls in the non-conference portion of the schedule. And then you open conference play on the road at Jackson State and Grambling State – a team that had a chance to win the conference last year. We have a chance to get off to a great start in conference play.”

This article is courtesy of Alabama State Athletics.