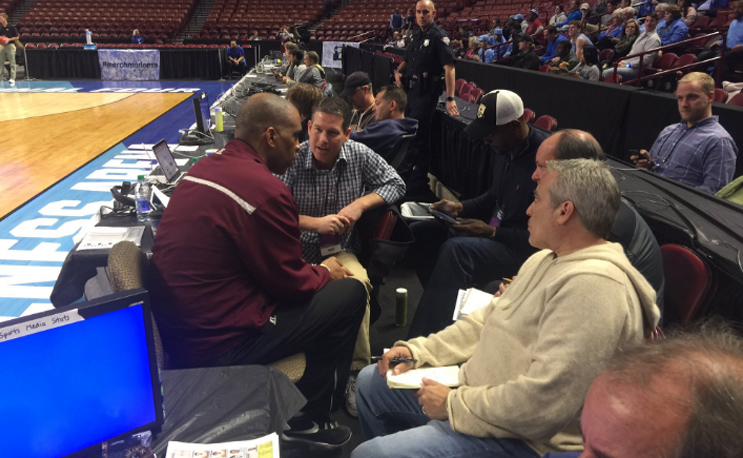 A week after news broke that he may be interested in the San Jose State job, Mike Davis is speaking out about his future. The Texas Southern coach says he’s happy in Houston and it will take “a miracle” for him to leave.

“Anything you want is here,” Davis said of Houston on The Real Deal With Akil podcast. “It’d take a miracle for me to get outta here.”

Davis’ name was one of the first to appear last week after former SJSU coach Dave Wojick stepped down on July 10.

“I don’t ever want to leave Houston. There’s gotta be something that I think, in my mind, can help my family. But my family has been treated first class here in Houston.”

The question now is; does SJSU have a miracle in its back pocket? If not, it sounds like Davis, who signed an extension through 2022 this spring, will be around for at least a bit longer.