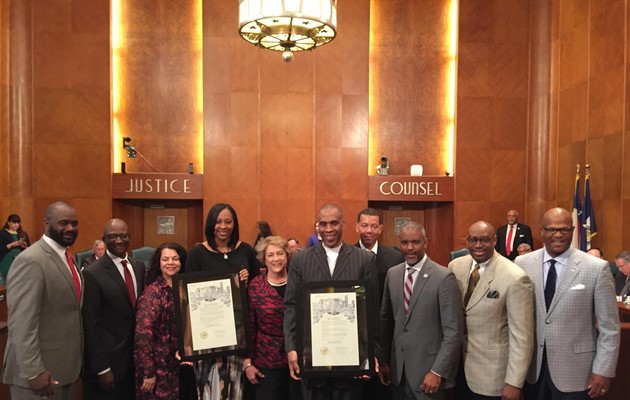 Both Texas Southern’s men and women’s basketball teams had successful seasons and their coaches are reaping the benefits.

TxSo’s Mike Davis and Johnetta Hayes-Perry both received two-year extensions, putting them in charge of their respective programs through 2022. Dr. Charles McClelland, Vice President of Intercollegiate Athletics, made the announcement Wednesday night.

Hayes-Perry led the Tiger women to their first-ever NCAA Tournament appearance last season, accumulating a 23-10 record and winning the SWAC title for the first time in the program’s history.

“Stability is important,” Hayes-Perry told Fox 26’s Mark Berman. “It gives me an opportunity to recruit young ladies and let them know, you know, I do have stability and I will be here.

Davis led the Tiger men to the NCAA Tournament for the fourth time in five seasons in 2017 and won their third-straight regular season crown before claiming the tournament title at home. The team is 98-68 under his leadership and has won almost 85 percent of its SWAC games.

“I’m excited. I love the city of Houston, I love coaching at Texas Southern and this is where I want to be,” Davis said.