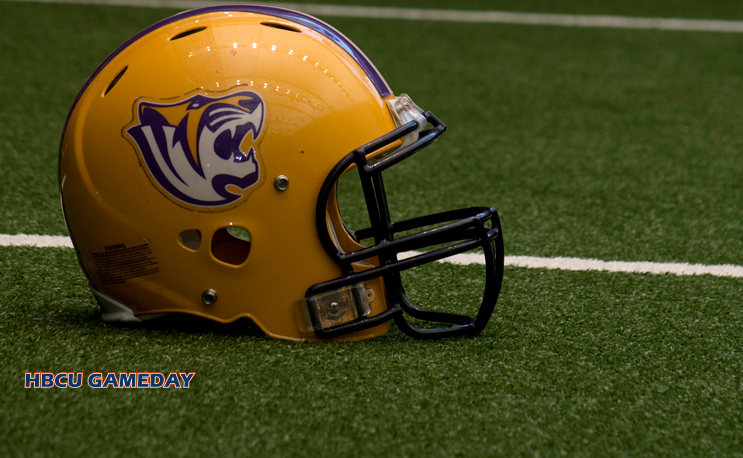 Benedict’s last place offense must improve this season for a title run.

The formula for Benedict College this year is simple, balance out the offense and take the load off of the defense.  Coach Mike White was very frank about that at the recent SIAC Media Day.

“There was some games where we didn’t throw the ball 10 times, even when it was passing situations,” he said. “We still felt it was best to try and play defense and play field position instead of letting the quarterback throw it.”

Despite being ranked last in total offense in the SIAC it wasn’t exactly a disastrous season for the Tigers last year. They beat both teams that played for the conference championship in Kentucky State and Fort Valley. They were still in the running for a shot at the championship themselves late into October before getting blown out by Albany State.

No one is throwing a pity party for the Tigers because of their paltry offense, they were picked to finish third in the SIAC East and placed 10 players on the preseason all conference teams, four of them on offense.  White is hoping to see improved play at the quarterback position so the offense can utilize wide receiver Okechi Ntiasagwe, a first team preseason selection.

“He has to have a big year, all I just said kind of points at him. He has to be a big play guy, in each and every game he’s going to have to show up. He has that capability of doing that. Great hands, good after the catch and we’re going to need all that for him for us to be successful.”

Coach White knows turning the corner on offense could lead to the same success at Benedict that he experienced while coaching at Albany State where he racked up six SIAC championships, seven playoff appearances and five coach of the year awards.

“I hope, I really do, I’m praying, hoping and everything, for us to be a little more balanced than we were last year,” he said.

The Tiger faithful will have the opportunity to get behind their team for the first three weeks of the season.  They host Livingstone and Lane at home with a short trip to Gaffney, South Carolina sandwiched between those two to face Limestone.