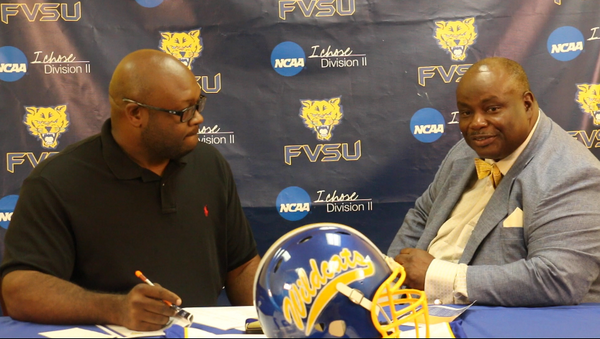 Donald Pittman says FVSU discriminated against him on the basis of age and gender before wrongfully firing him.

Fort Valley State is coming off its first SIAC Championship in 10 years last fall, but could soon face a different battle with a familiar foe.

Ex-FVSU coach Donald Pittman is suing the school under claims that it wrongfully fired him, and discriminated against him based on age and sex, according to Macon.com. Pittman, who was fired in March of 2016, is seeking damages totaling $750,000.

The suit claims FVSU Chief Compliance Officer Denise Eady wrongfully concluded he paid for a student-athlete’s rent and violated NCAA bylaws. He claimed Eady had no training on the NCAA rules related to the investigation, and his lawyers say the NCAA eventually cleared him of wrongdoing.

Eady, according to the suit, conspired to “build a toxic environment” against for the benefit of her sorror, LuWanna Williams, who was later promoted to associate director of athletics.

In addition to Eady, the suit also named FVSU President Paul Jones and Chief of Staff Kendall Issac as defendants, along with the Board of Regents of the University System of Georgia. FVSU released a short statement regarding the suit on Tuesday.

“Regarding Mr. Pittman, Fort Valley State University is confident that our processes were fair and transparent and conducted in the best interests of our athletic program and our students as a whole. Beyond that, our practice is not to comment on possible pending litigation or personnel matters.”