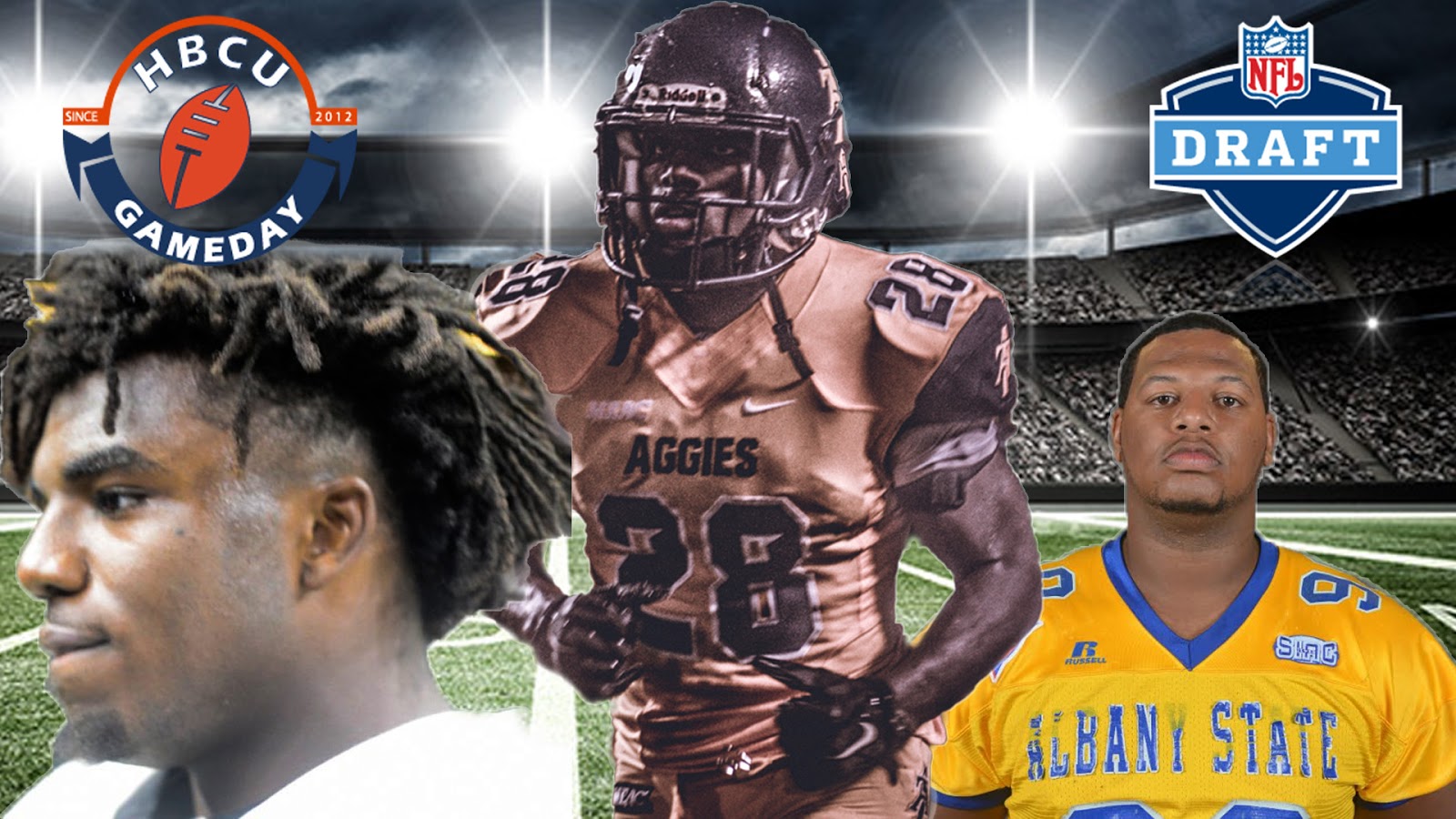 As entertaining as the first night of the NFL Draft is for sports fans, there’s not usually much to get excited about if you are an HBCU football fanatic. No prospect from an HBCU has been chosen since 2008 and with that remaining the case after Thursday night, that makes ten in a row.

There appear to be three players from HBCUs who could hear their name called on the second day of the NFL Draft.

He is easily the most recognizable name on this list. The dynamic running back re-wrote all the history books at A&T and in the MEAC after being lightly recruited out of Bunn High School. Cohen was super productive in college, rushing for over 5,000 yards and making defenders look absolutely silly while doing it.

Cohen’s biggest asset is his quick feet and dizzying change of pace. He’s earned comparisons to Darren Sproles. His size is the ever-present elephant in the room, as is the level of competition in the MEAC compared to FBS athletes.

Despite those circumstances, and the fact that running backs haven’t been thought of as highly desired assets over the past few years, it would be a big shock if Cohen didn’t hear his name called at some point before Saturday is over, and he may well sneak into Saturday.

Grover Stewart, Albany State
Opposite of Cohen, Stewart is a name many outside of the SIAC don’t know. But NFL scouts sure do. The Albany State defensive tackle has a very real shot of being the first HBCU prospect selected this year. At 6’4, 347 pounds, Stewart is surprisingly agile and quick

“I haven’t seen someone that big move that fast in quite a long time,” Emory Hunt of Football Gameplan said on the HBCU Gameday Podcast.

We saw South Carolina State defensive tackle Javon Hargrave go in the third round last year, and this year it could be Stewart going in that same range.

As one of the most productive players at one of black college football’s most storied football programs, Williams is a prospect that has flown suprisingly under the radar. The Baton Rouge, LA native was super productive during his time at GSU, catching 210 passes for 28 touchdowns.

But production at the college level, particularly in the FCS and especially in the SWAC, doesn’t always guarantee pro scouts will take a receiver serious enough to draft them. Remember Lee Doss from Southern a few years back?

Scouts have begun to take notice since Williams last stepped off the Georgia Dome field at the Celebration Bowl. He participated in several all-star games, including the Senior Bowl. He’s also got NFL size at six-feet and 207 pounds, and ran a 4.3 at his pro day.

There’s no guarantee which of these players will go first, but it looks like there is a good chance that we’ll at least match last year’s number of three HBCU players drafted in the NFL.