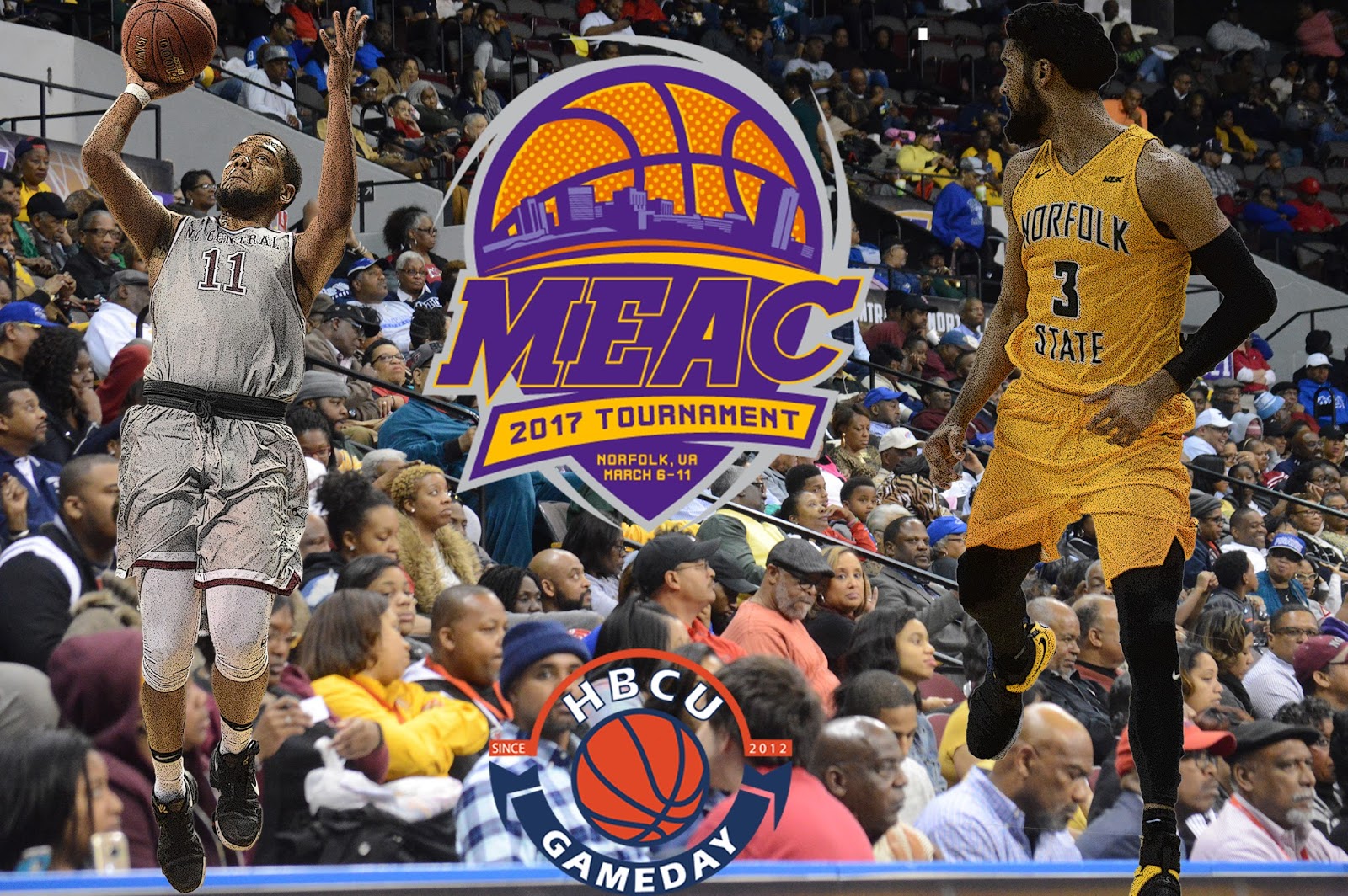 It hasn’t happened often in recent years, but the top two teams in the MEAC’s regular season will get a chance to square off for an NCAA Tournament bid. North Carolina Central and Norfolk State will meet in the MEAC Championship Game at the Norfolk Scope at 1 p.m. on Saturday afternoon.

NCCU punched its ticket first, making quick work of Maryland-Eastern Shore with a 79-49 win. Patrick Cole led the way with 21 points and four other players joined him in double-figures to bring the school back to the championship game for the first time since they won it all back in 2014.

Norfolk State, the unofficial home team of the tournament, finally shook off years of frustration with a solid 68-53 win over Howard in the night cap in front of a solid crowd at the Scope. Jonathan Wade led the way for NSU with 17 points while Zaynah Robinson added 16 points and Jordan Butler came up with 10 points, 10 rebounds and resounding block on Howard’s J.T. Miller that punctuated a second half where NSU outscored HU 40 to 23 to return to the title game for the first time since 2012.

The two teams, separated by a little over three-hours worth of drive time, met just once this season. NCCU won that game 72-57. NSU, however, has gone 13-2 since then, and figures to have the home crowd easily in its favor.

“I know they’re the favorite,” NSU coach Robert Jones said of NCCU. “These guys know that they’re supposed to be the favorite, and I think these guys want to come out with the edge.”

Both teams will be looking for their second MEAC Tournament titles and NCAA Division I Tournament appearances in school history on Saturday.