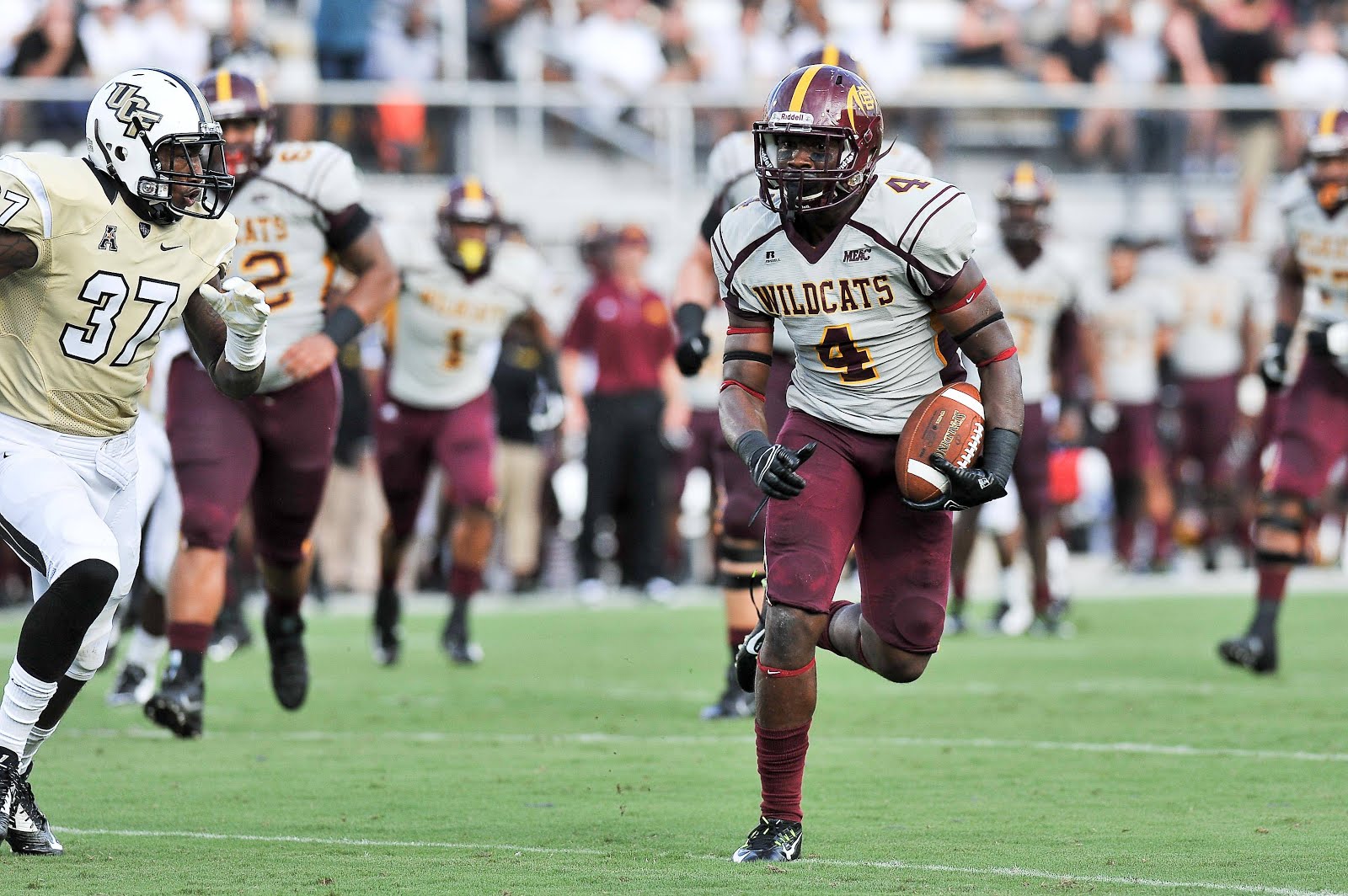 The MEAC had three teams win a piece of its title in 2015, but went without representation in the playoffs. With the league opting out for the Celebration Bowl, it is just the new normal.

The FCS playoffs haven’t started yet, but you can write this in stone: There is zero chance that an HBCU will win the championship, or even a game as there will be no HBCU teams in the field. The NCAA revealed its playoff tree on Sunday and no teams from the MEAC or SWAC (nor the OVC’s Tennessee State) were selected.

Bethune-Cookman was overlooked in the playoff field despite going 9-2 and sharing the MEAC football crown. It was one of three teams that took a share of the the conference title, along with North Carolina A&T, who will participate in the inaugural Celebration Bowl, and North Carolina Central. Prairie View, also 9-2, had its hopes for an at-large bid dashed on Sunday as well.

This is nothing new for the SWAC, as it has opted out of the playoffs since the late 1990s. For the MEAC, however, this is a bitter taste of what looks like its new reality.

How did we get here?

The MEAC gave up it’s auto-bid for the FCS playoffs earlier this year when it opted to send its champion to the Celebration Bowl to play against the SWAC winner.

The MEAC’s agreement to the Celebration Bowl came with a price: In addition to giving up its automatic qualifier status, it also gave up its seat on the FCS committee, according to the Greensboro News and Record.

Add in the fact that the conference hasn’t won a playoff game since 1999, and that its best team wouldn’t be an option, it’s fair to infer that this isn’t as much of a surprise to those in the know as it is to the common fan.

So basically, the MEAC gave up its voice to campaign for one of its non-Celebration Bowl bound teams in exchange for the $1 million dollar payout from ESPN.

The fact of the matter is, Bethune-Cookman’s beef isn’t with the NCAA, though it is probably better than some the teams that got in. If its leadership voted for the Celebration Bowl, then that’s where it should be looking. And if it voted against it, all angry fingers should be pointing to the conference office in Norfolk.

Many will blame the NCAA, and say that its biased against HBCUs, which is debatable. But at the end of the day, if you give up your plate at the the table, can you complain about not being fed?

Where do we go from here?

The MEAC, like the SWAC, chose to go the more financially lucrative route. Given the expense of competing in Division I, and how much of a struggle it is for most HBCUs to do so, it’s hard to blame the MEAC for taking the money ESPN put on the table.

Competing in Division I, especially in football, calls for resources that most HBCUs really don’t have. Which is what the SWAC, and ultimately the MEAC, confirmed when they opted out of the playoffs.

Fans may not like it, but that is the reality of the situation. Since FAMU won the 1978 Division I-AA title, the SWAC has never won a playoff game and the MEAC has won just six. And none in the last 15 years. Perhaps the leadership simply felt the money grab was more beneficial than wishing on a star for another playoff win.

It’s understandable that fans are upset, but they will have to realize that for 2015 and beyond, the Celebration Bowl is the HBCU Super Bowl at the FCS level. Every conference game is a playoff game. Either win your conference or stay home. Now that the deal is signed, sealed and delivered, everyone has no choice but to make the best of it, because at the end of the day, the Calvary ain’t coming.