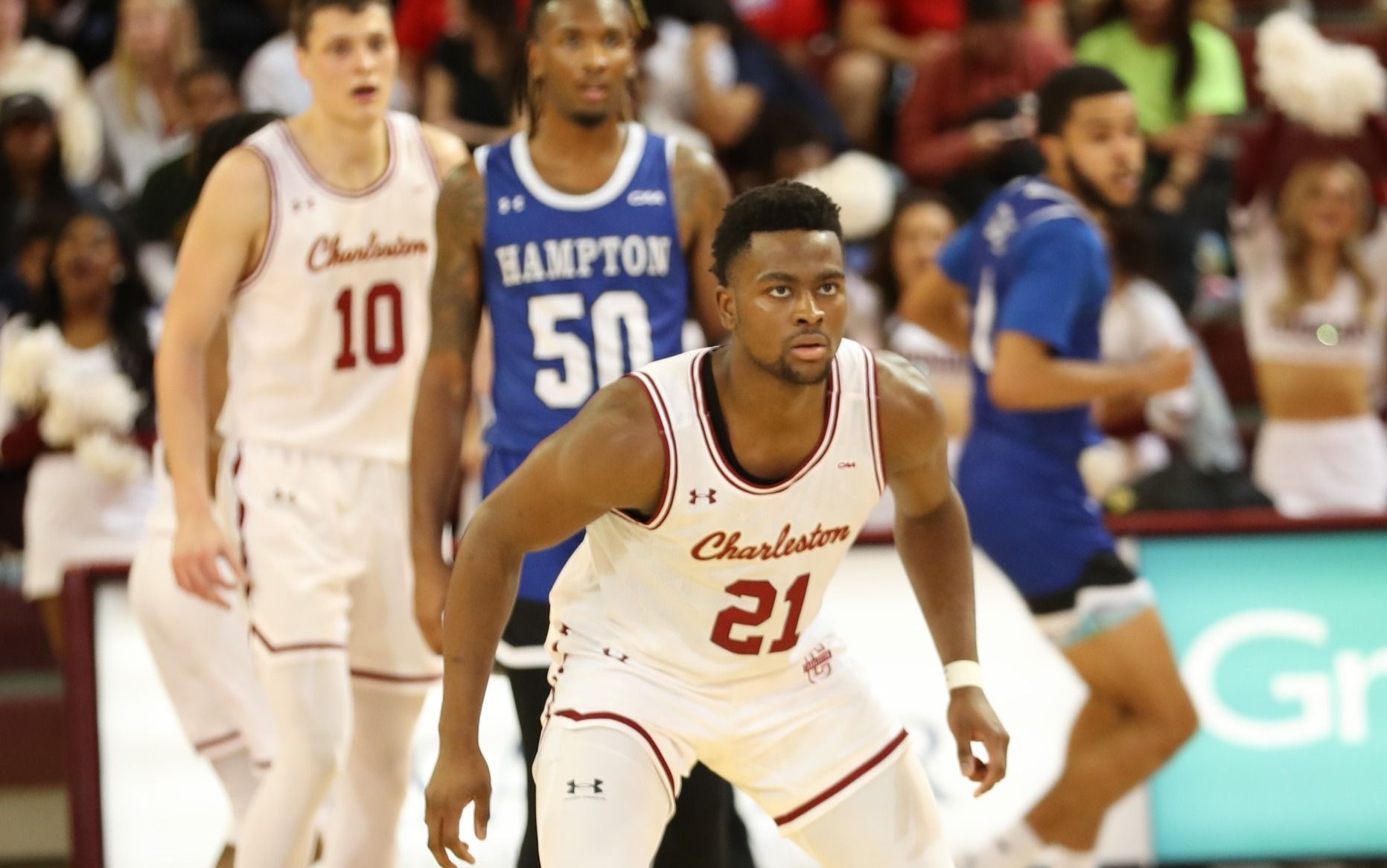 Hampton Pirates no match for Col. of Charleston in CAA hoops tilt

HU’s offense was led by Marquis Godwin, who scored 18 points.

Col. of Charleston gave Hampton its fourth consecutive loss in an 89-61 rout at TD Arena on Thursday night. The Cougars had the upper hand in this one, going into half with a 20-point lead and outscoring the Pirates 33-25 in the final 20 minutes.

Pat Robinson III led the way for Col. of Charleston, putting up 19 points to go along with five boards. Robinson III was just a cog in a complete offensive performance for the Cougars. The team shot 48% from the field while scoring 1.17 points per possession. The transition game was a big factor to their success, 27 of the team’s points came on the fast break.

HU’s offense was led by Marquis Godwin, who scored 18 points. As a team, the Pirates shot 25-of-69 from the field and 10-of-31 from three. Their shooting was part of larger offensive struggles that contributed to the loss. Hampton only mustered 0.82 points per possession on 42% true shooting.

These teams will have little time to prep for their next test, as each plays next on Dec. 31. Col. of Charleston takes on Towson, while Hampton hits the road to meet UNCW. The Cougars will look to keep their winning streak intact. On the other side, the Pirates will hit the road once again.

Hampton Pirates no match for Col. of Charleston in CAA hoops tilt