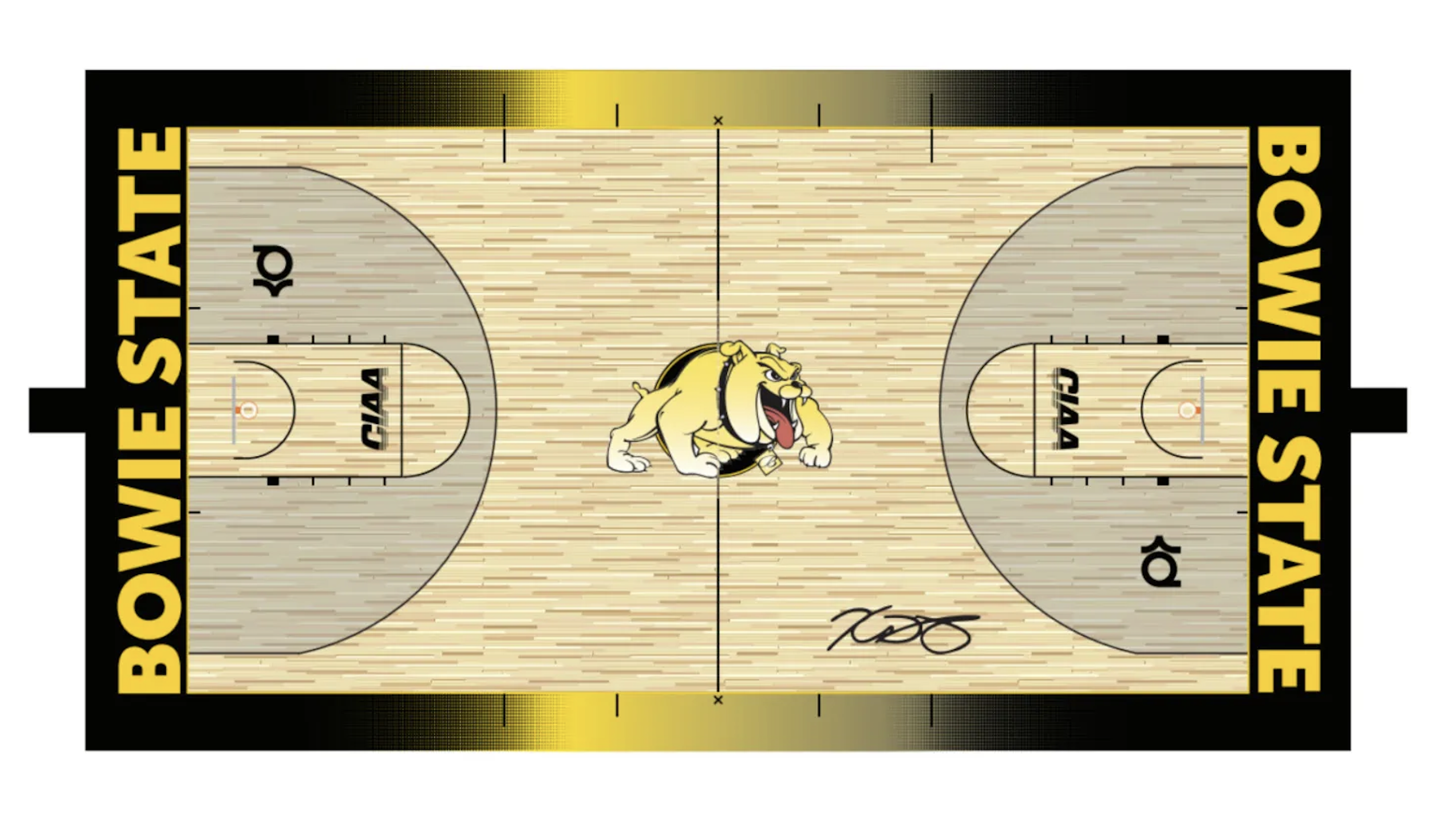 Kevin Durant is spreading the wealth to Bowie State University to help it improve its athletic facilities.

Kevin Durant will be donating $500,000 through his Durant Family Foundation to BSU’s department of athletics, according to Board Room.

“We are dedicated to providing resources and possibilities to students for higher education, especially in Prince George’s County,” Wanda Durant, who leads the Durant Family Foundation, said in an official release. “Bowie State was the perfect place to make a meaningful impact.”

The money will go toward the school’s AC Jordan Arena, which is located within the Leonidas S. James Physical Education Complex. Facility upgrades include a brand-new basketball court, more bleachers, and enhancements to the press box. A scholarship fund for the Durant Center College Track students who decide to attend Bowie State will be established through Durant and his family foundation.

“We’re grateful for the resources that Kevin Durant and his foundation have generously donated to Bowie State. His contributions will go a long way towards updating our facilities and ensure offer a top-tier athletic experience for all of our students,” Bowie State President Dr. Aminta Breaux said in a statement. “The foundation has already built a network of community-centric services within the Durant Center in Prince George’s County that is exemplary.”

A Prince George’s County native, Durant is part of an ownership group that has revitalized and remodeled CFG Bank Arena — previously known as Royal Farms Arena. That arena is home to the CIAA (Central Intercollegiate Athletic Association) Basketball Tournament, which Bowie State and other HBCUs will compete in this February as it re-opens after months of work.