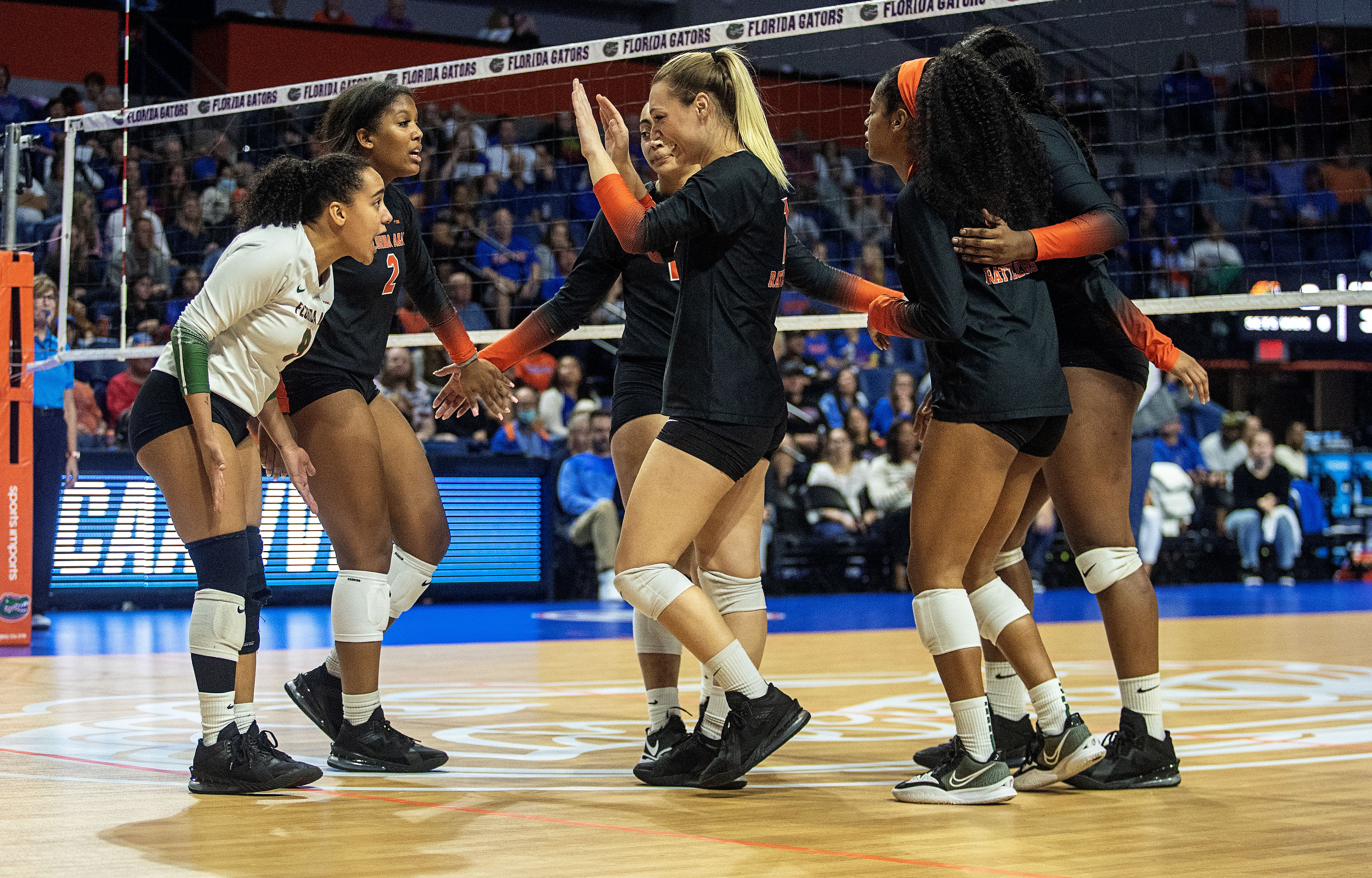 Rattlers’ season ends in a valiant effort against Florida.

The Florida A&M Lady Rattlers fell in the first round of the 2022 NCAA Regionals to the host Florida Gators 3-0.  The Gators used a balanced attack to defeat the SWAC Champion Lady Rattlers at the Exactech Arena in front of 2,563 which included  pockets of FAMU faithful.

Last season, the Lady Rattlers faced the Gators in the first round and only scored 11, 14 and eight points respectively.  Head coach Gokhan Yilmas was pleased that the team matured for last season and was very competitive in the first two games of this tournament.

“We knew this would be a very difficult match in one of the best game atmospheres in the country, for the University of Florida.  The first two sets we were better, we were in system,” Gokhan said.  We had more rallies with them.  The third set is not the result we wished for but it’s another learning experience for us and a better building block we keep adding on every year.  This will teach us better lessons to get for in the Spring and get better for next season.”

Despite playing a tough out-of-conference schedule to start the season, FAMU finishes at 21-13, 15-1 in the SWAC.  During the regular season, FAMU and Alabama State traded home court upsets, with the Hornets’ win coming at the end of the season.  The Lady Rattlers would avenge that loss in the SWAC Volleyball Championship by sweeping ASU.

Gokhan is pleased with the returning players who are coming back and the recruits he has coming in.  “You’re going to graduate players, they’re only her for four years.  After that you need players to take the reigns and keep improving,” Gokhan said.  “We have a very good recruiting class that we’re confident about and we’ll potentially add a couple more.  I’m expecting this (NCAA Tournament) to be the fire under everyone to work harder, to lift more during the offseason, so we improve and are better in the conference tournament and the NCAA Tournament.”