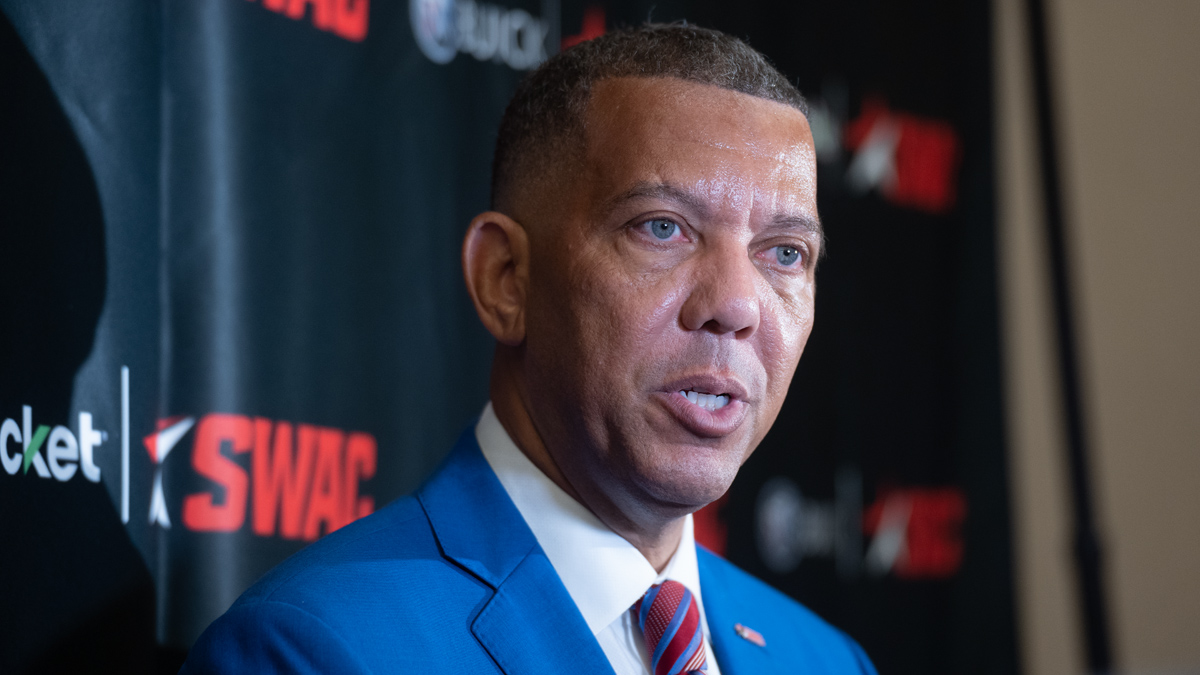 SWAC Commissioner Dr. Charles McClelland: “We are not the small black college or conference anymore. We are a legitimate force.”

The SWAC commissioner took on all questions regarding the league during a nearly 45-minute zoom interview with media ahead of the conference’s championship game on Saturday.

Dr. McClelland says that revenue is up significantly, at a rate that could surpass some bigger conferences very soon.

“I’ve said this before and I say it now — we are not the small black college or conference anymore,” McClelland told the media. “We are a legitimate force, our revenue numbers are tracking extremely strong. I have not seen the other FCS conference’s revenue this year —  but based on last year’s numbers — we will rank first of all of FCS. Given where we are with our television contracts in five years, we will actually surpass two FBS conferences and they might have the ability to up their numbers.”

McClelland said the league is preparing to enter re-negotiations with ESPN as its deal is set to expire in three years.

In the meantime, though, the SWAC has distributed more than $9 million dollars to its 12 members, not including Jackson State keeping profits from the SWAC Championship Game. That’s more than all other FCS conferences, according to McClelland. He says the league is in such a good position that going to a Power Five league is the only move up in terms of financials.

“People talk about people coming in, but what about schools leaving?” McClelland asked rhetorically. “We can’t honestly say if there is a(n) institution that wants to leave the SWAC, they would have to go Power Five, because there’s no other conference that they can get as much revenue distribution from elsewhere. That’s how strong we are and our revenue projection is are trending upward.”

So how does that financial gain help schools on the field of competition? Dr. Charles McClelland believes the upward trend on the bottom-line can alleviate the need for ‘guarantee games’ played by SWAC schools in football and basketball as well as provide things for student-athletes that many of its institutions haven’t been able to do.

“So when you start talking about what’s next, it is to continue to deliver to our fans equality product. It is to continue to deliver the revenue that our institutions need so they can do things such as not having to play all of these types of games. Teams being able to travel in a first-class manner. That’s what conference offices are for. And I am proud to say that in four years we’ve been able to elevate our revenue structure to where we are now distributing legitimate, serious money back to our schools, where they can do some of those things.”