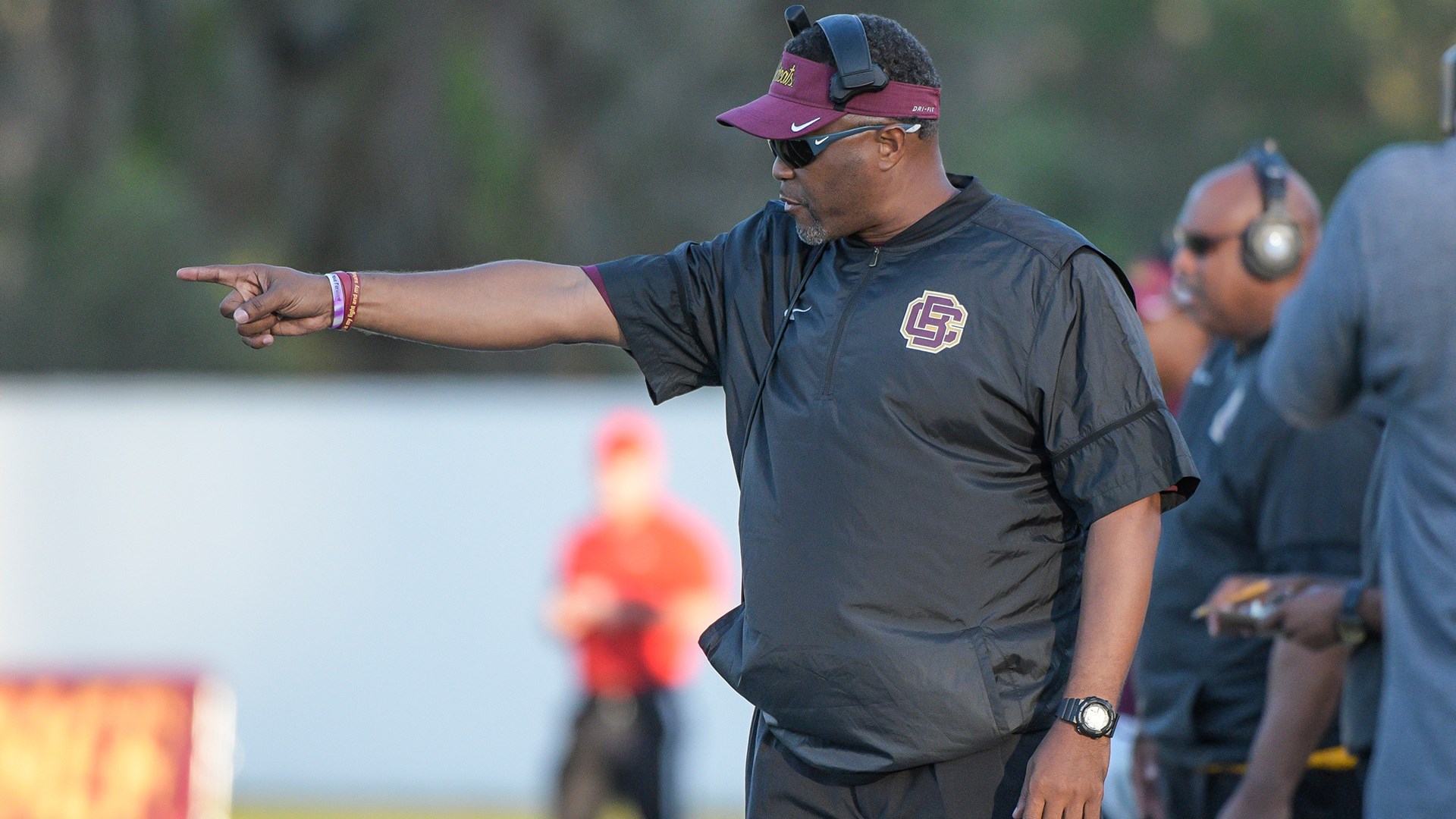 Terry Sims is out at Bethune-Cookman after a successful start but a tough finish to his career as a head football coach.

The Terry Sims Era is over at Bethune-Cookman is finished.

Sims concludes his Bethune-Cookman career with a 38-39 record overall, with winning campaigns in four of his seven seasons.

Sims played a critical part in B-CU’s unprecedented run of five conference titles in six years, joining the staff in spring of 2010. He assumed the head coaching role following the departure of Brian Jenkins Sr. in 2014.

In 2015, Sims was named Mid-Eastern Athletic Conference Coach of the Year. In 2018, a 31-27 victory in the annual Florida Classic marked B-CU’s ninth consecutive triumph over Florida A&M and Sims fifth straight in as many tries.

A national search for a new head football coach will begin immediately.

Terry Sims went 9-2 during that 2015 campaign, and led the program to 21 wins from 2017 through 2019, continuing B-CU’s dominance over FAMU. But the program took a step back after moving to the SWAC, going 2-9 in back-to-back seasons amid reports of a severe lack of resources and hurricane damage that left the program without a home for weeks.