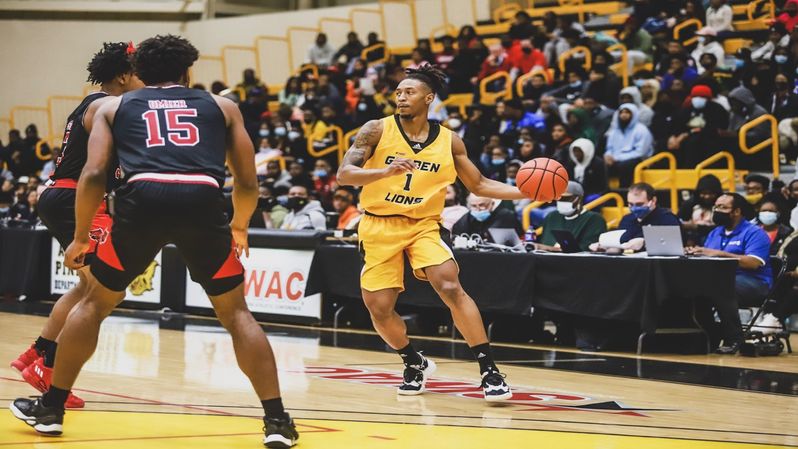 Arkansas-Pine Bluff led TCU by double-digits in the first half only to see that lead turn into a close loss.

FORT WORTH, TX —The UAPB men’s basketball team held No. 14 TCU to just 19 percent from deep in a 4-for-21 shooting performance, but fell 73-72 to the Horned Frogs on the road Monday.

The Golden Lions offense was very productive from three point land, pouring in 13 threes on 29 attempts. Doss Jr. was the most prolific shooter for the Golden Lions, draining four treys in the contest.

UAPB’s defense held TCU to only 38.9 percent shooting from the field, including 19 percent from beyond the arc.

After jumping out to a 17-9 advantage, UAPB went on a 12-0 run with 12:21 left in the first half, culminating in a three from AC Curry, to increase its lead to 29-9. The Golden Lions then lost some of that lead, but still entered halftime with a 46-35 advantage. UAPB relied on its three-point shooting in the period, knocking down 11 shots to account for 33 of its 46 points.

UAPB took care of business in the paint, recording 14 of its 26 points in the lane.

The Golden Lions will be back in action Wednesday, November 9,  for their home opener against Champion Christian.  Tip-off is set for 7 p.m. CT.

337
The Latest in HBCU Sports and Culture