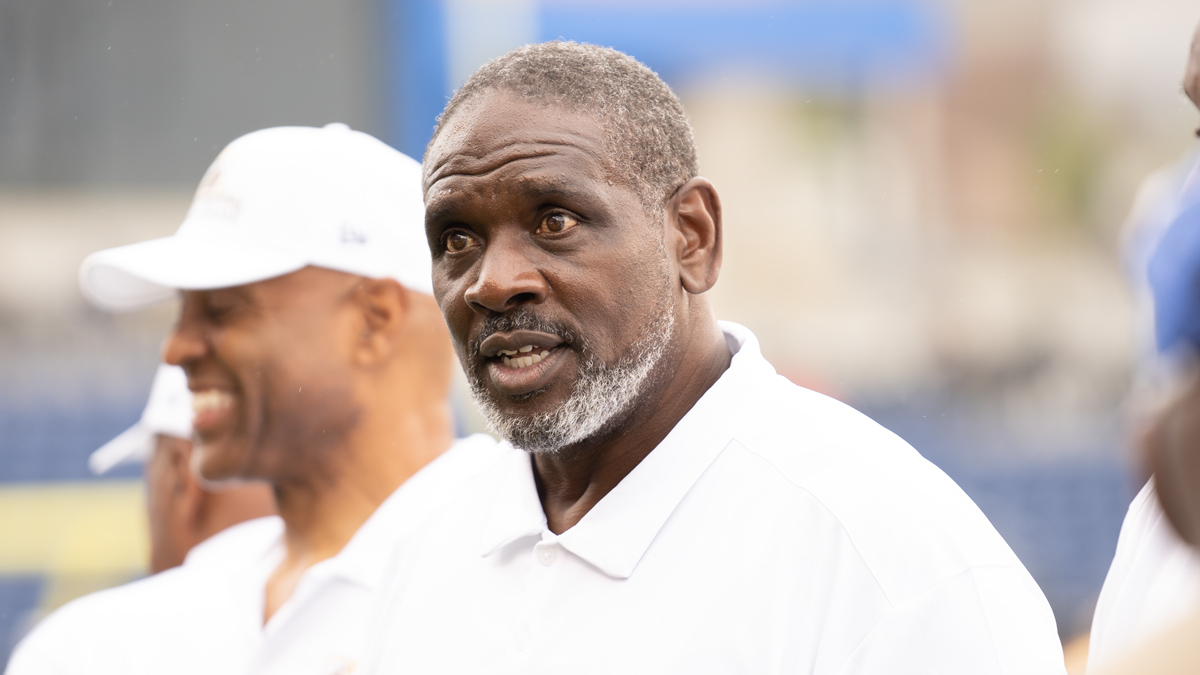 A total of eight former HBCU players are among the 129 modern era nominees for 2023 Pro Football Hall of Fame class.

The Pro Football Hall of Fame has released its 129 modern-era for the 2023 class, which includes a total of eight players who spent time at HBCUs.

Two of those candidates hail from Alcorn State — quarterback Steve McNair and wide receiver Donald Driver. McNair played for the Houston/Tennessee franchise for the majority of his career — winning a co-MVP in 2003 — before finishing with the Baltimore Ravens. Driver spent his entire career with the Green Bay Packers.

Jimmy Smith, a contemporary of Driver’s, is a Jackson State alumnus. He started his NFL career with the Dallas Cowboys, but flourished with the Jacksonville Jaguars.

Ben Coates was a standout tight end for the New England Patriots in the Drew Bledsoe Era. He played his college football at Livingstone College before putting up a Hall of Fame-caliber career.

A pair of former Dallas Cowboys superstars are up for the hall as well. Florida A&M alumnus Nate Newton and Central State alumnus Erik Williams helped the franchise win multiple Super Bowls and paved the way for Emmitt Smith to become the league’s all-time leading rusher.

Former Grambling State defensive back Albert Lewis, a four-time Pro Bowler, is up for the Hall of Fame. He spent the bulk of his career with the Kansas City Chiefs before finishing up with the Los Angeles/Oakland Raiders.

Rounding out the list of HBCU greats is Robert Mathis. The Alabama A&M product spent his entire career with the Indianapolis Colts.

The roster of Hall of Fame nominees consists of 67 offensive players, 50 defensive players and 12 special teams players. The list of Modern-Era Nominees will be reduced to 25 Semifinalists in November and, from there, to 15 Finalists whose names will be announced in early January.