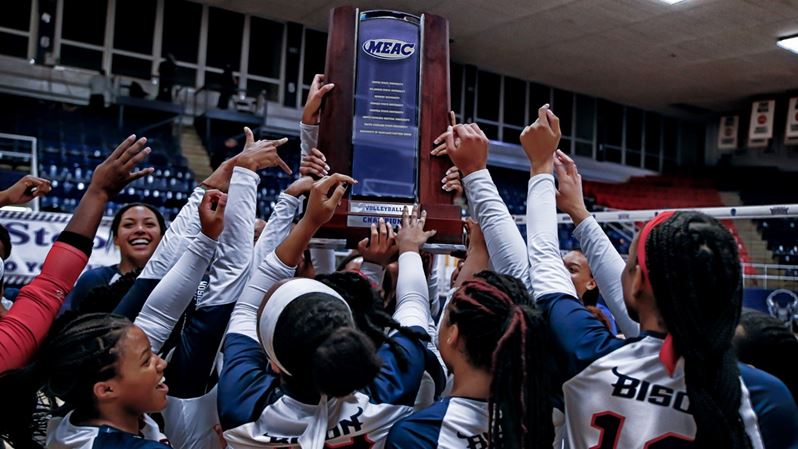 Howard University is perfected to bring the MEAC volleyball crown back to The Burr this season per the coaches and SIDs.

A year ago, Howard shared the regular season crown with Delaware State (DSU) before defeating DSU in the championship match. HU racked up 118 points, including nine first-place votes, while the Lady Hornets finished with 109 points.

Last season, B. Woodard won MEAC Rookie of the Year after ranking among the league leaders in kills per set (2.60/8th). The All-MEAC First Team selection recorded six double-doubles while registering 15 double-digit kill performances, including a season-best 19 against Harvard (Sept. 17, 2021).

Before opening the 2022 campaign with a pair of home matches against DMV rivals George Washington (Aug. 26) and George Mason (Aug. 26), the Bison host Navy in their final tune-up Saturday (Aug. 20) at 11 a.m. inside The Burr.