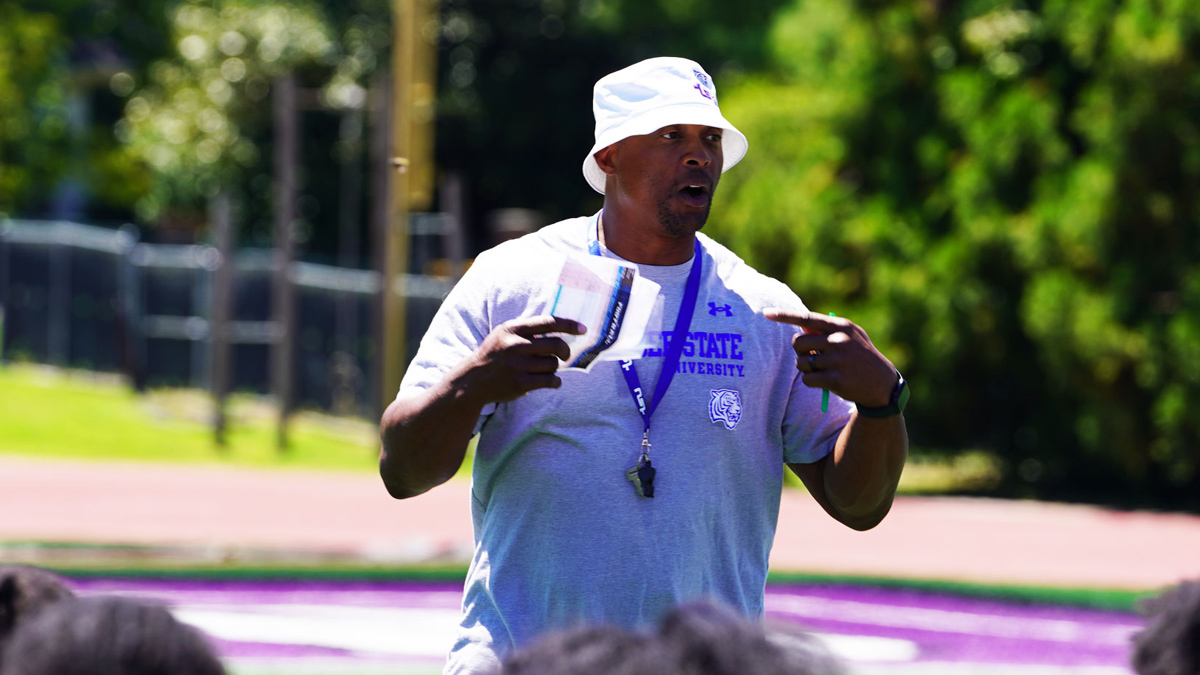 With Notre Dame already in its back pocket, Tennessee State is eyeing a date with North Dakota State.

Tennessee State football has already scored one game with a college football heavyweight, and it is closing in on another one with FCS power North Dakota State.

TSU AD Dr. Mikki Allen told the Tennessean that his school is “close” to signing a home-and-home agreement with the reining FCS national champions.

“North Dakota State in the FCS landscape is a premier program; they’ve had a rich tradition and a lot of success there,” Allen said. “For us, we’ve always said since coach (Eddie) George has taken over we want to be in a situation where we put our kids in front of the best. They’re hungry to play teams like North Dakota State, teams that have high-talented kids. So we’re excited about the opportunity.”

The games would take place at NDSU’s Fargo Dome in 2024 and TSU’s Nissan Stadium the following year, if it comes to fruition.

NDSU does have one HBCU on its menu this season. It will take on North Carolina A&T this September in a game that was originally scheduled to take place in 2020.  Tennessee State signed a contract earlier this season to play at Notre Dame in the 2023 season, becoming the first FCS program and first HBCU to play the storied program.

Tennessee State QB getting settled in

But before Tennessee State can get to either of those games, it must take care of the 2022 season.

Saturday TSU competed in an intra-squad scrimmage that gave coaches a chance to check out the progress of quarterback Draylen Ellis and the offense. Ellis is a former Ohio Valley Conference Rookie of The Year that transferred in from Austin Peay. He got a chance to take the reins of TSU’s new-look no-huddle offense and said he felt pretty good about it.

“There’s not that much difference in the two offenses,” Ellis said. “There’s great chemistry here. We grind from the time we clock in until the time we clock out. I really like the atmosphere here. It feels like a family.”

“Draylen had some good throws and the offense looked very efficient with him out there,” coach Eddie George said. “It was clean and that’s something you really like to see in your first scrimmage. It was much better than our first scrimmage last season.”

One thing that George didn’t like was the amount of sacks his quarterback took.

“You can’t take sacks in those situations,” George said. “That’s something coming in that I was mindful of; he took a lot of sacks at Austin Peay. He’s very mobile. He prefers to sit in the pocket and throw it and sling it. But if he has to get out and make plays with his legs he can do that. I want to see him make better decisions in the pocket.”