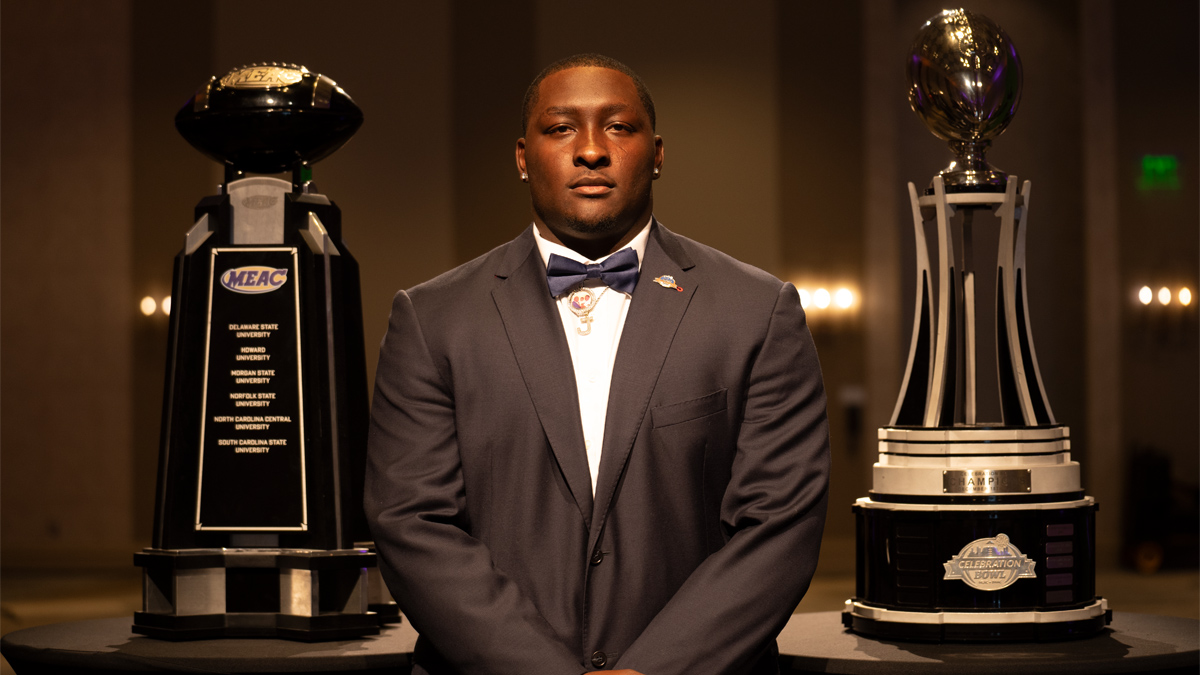 South Carolina State got a big boost from winning the Celebration Bowl. Now it will have to defend what it has won.

NORFOLK, VA — Buddy Pough has been at South Carolina State for 20 years and done a lot of winning, but even he wasn’t prepared for the impact of winning the Celebration Bowl.

Pough told HBCU Gameday since his team beat Jackson State in Atlanta on Dec. 17 that he’s been recognized more than ever.

“There was a group of people who saw the Celebration Bowl this year who never saw a South Carolina State football game before. That’s the one ingredient in the whole process that has caught me off guard,” Pough said at MEAC Media Day.

“There are people out there who saw that game that I had no idea even knew we existed. So it was one of those kinds of situations where it kind of transcended the actual, usual fan base of what would be an HBCU deal. Everybody in South Carolina saw that game, so it was no one there who was not aware of who we were after that game.”

As for the two young men flanking him at the table at the Waterside Marriott in Norfolk, VA, they say that things haven’t changed that much for them.

“We got a lot of publicity,” Green said. “That’s not what we’re focused on. We appreciate it, but we’re so focused on football, we don’t pay attention.”

South Carolina State has a lot coming back

MEAC coaches and sports information directors like South Carolina State to win the conference again and represent it in the Celebration Bowl once more after going 7-5 overall and 5-0 in conference play in 2021. And for good reason — SCSU is loaded.

SC State had 16 players placed on preseason All-MEAC teams, seven of them on the first team. Green is preseason Defensive Player of The Year, almost an annual rite of passage for the top defender in Orangeburg.

Fields, a redshirt junior from Hollywood, South Carolina was All-MEAC second team on the preseason list, he has many of his top weapons coming back. Most notable is Shaquan Davis, a redshirt junior from Summerville, SC. Davis is big (6’4) and explosive (20.1 yards per catch) with solid hands (43 receptions) and a knack for getting into the endzone as he scored eight touchdown passes. Three of those came from Fields in the Celebration Bowl as SC State shocked the world.

Green and the defense have just about everybody coming back from last year — minus Los Angeles Rams rookie defensive back Decobie Durant. While it’s never easy replacing a guy who was a fourth round pick at the FCS level, Green is confident the defense could be even stronger this season.

“Everybody knows the defense. Everybody knows what the standard is. And we know what our end goal is,” Green said. “Just putting that into practice every day, putting it into the young guys. Once we get that train rolling, it’s going to be kind of hard to stop.”