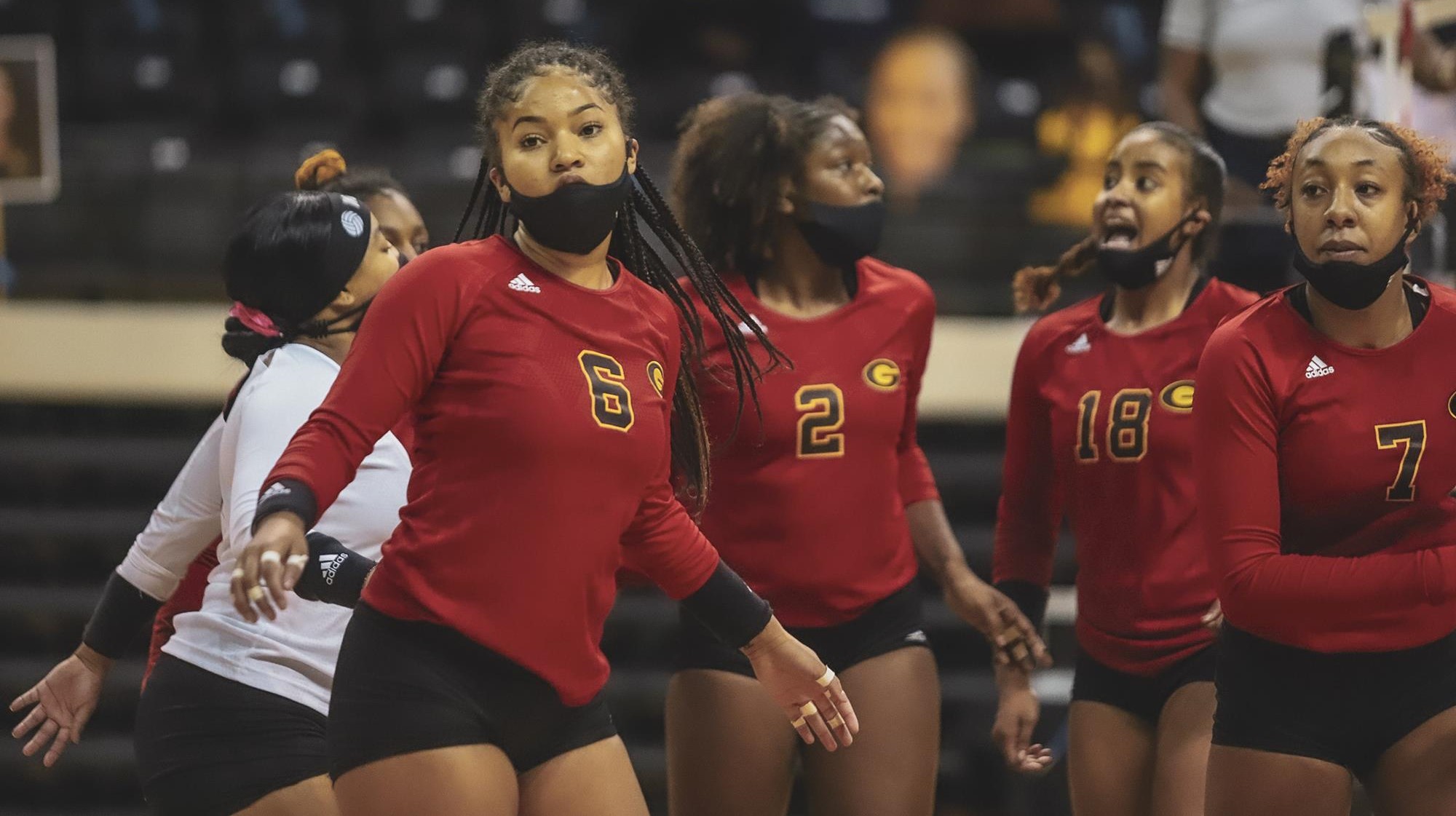 The decision was made due to the determination of an internal investigation within the Grambling volleyball program. Any additional comments will be held until the conclusion of the investigation.

The decision was made due to the determination of an internal investigation within the Grambling volleyball program. Any additional comments will be held until the conclusion of the investigation.

“The success of student-athletes and their ability to matriculate at Grambling State University is the top priority,” said Dr. Scott. “As we move forward in this transition and commence a national search for the next coach, all volleyball student-athletes who received scholarships for the 2022-23 academic year will keep their scholarships and remain on the team. Walk-ons will also continue to hold their roster spot.”

“It is the responsibility of this institution to make sure that student-athletes are afforded opportunities in a manner compliant with all regulatory organizations,” said GSU President Rick Gallot. “That applies to athletics as much as it does to academics.”

A national search for a new Grambling volleyball coach will begin this week.

Lucas, a 2007 graduate of Grambling State University and a former Southwestern Athletic Conference (SWAC) Defensive Player of the Year, along with being a first-team all-conference performer, returns to her alma mater after spending the past three seasons at the University of Arkansas in Pine Bluff.

“I want to give thanks to God for allowing me to have a new start to something that I truly love to do,” Lucas said. “Also, I would like to thank Dr. Scott and all of his staff that worked very hard during the process to get me here and to just understand what it takes to have a winning culture.”

Prior to her taking over the reins at Arkansas-Pine Bluff, Lucas spent three seasons at SWAC member institution Alcorn State. While at Alcorn State, the Lady Braves saw gradual success on the court, posting a 10-20 overall mark in 2018, which was seven more victories than the previous season and a 6-12 record in the SWAC, an improvement of six wins.

Chelsey Lucas first entered coaching in 2007 as an assistant coach at Terrebonne High School in her hometown of Houma, La. and as head coach of the Bayou Bandits club team. She was then hired as Houma Junior High School’s head volleyball coach in 2009 before taking the same job at Riverside Academy (Reserve, La.) in 2011.

Also in 2011, Lucas was named club director of the Louisiana Southern Swing Volleyball Club in the midst of immediate success at Riverside. She led the Rebels to back-to-back LHSAA Division IV semifinal appearances in 2012 and 2013.

As a player, Chelsey Lucas was named SWAC Defensive Player of the Year in 2006, anchoring the backline for Grambling State during its run to the SWAC Regular Season title. A 2006 All-SWAC first team selection as a senior, Lucas led the conference with 396 digs, highlighted by a SWAC season’s best 43-dig performance at Texas Southern.

631
The Latest in HBCU Sports and Culture