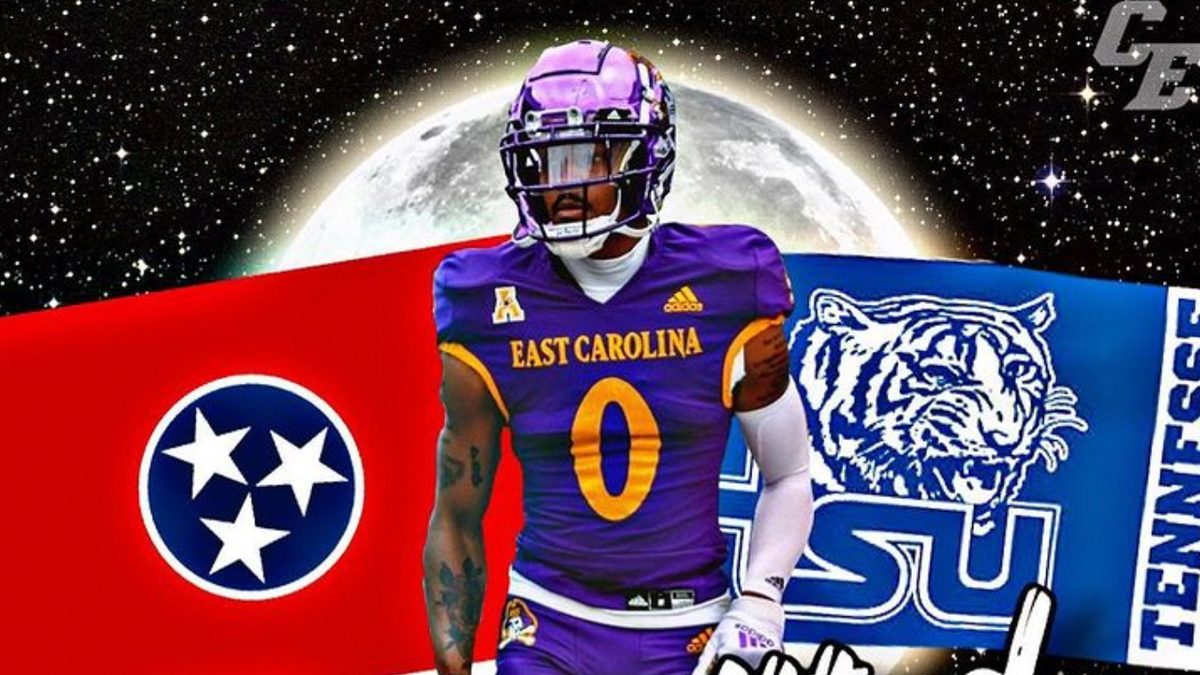 The former East Carolina wide receiver has committed to play under Eddie George at TSU. He announced his decision on Twitter on Monday.

“Happy 4th, blessed to say I’m 1000% committed to Tennessee State University!! Rose tweeted. “Can’t wait to get to work with my brothers!”

A four-star prospect in the 2020 class, Rayon Rose was ranked as North Carolina’s No. 10 player and the nation’s 11th-ranked wide receiver according to Rivals. He was also a top 25 player in the state according to 247 Sports and ESPN. He posted 84 receptions for 1,654 yards and 22 TDs over his four-year prep career at South Point High School in Belmont, NC just outside of Charlotte.

NC State, South Carolina, Tennessee and Virginia were among the slew of Power Five programs that heavily pursued Rose, but he ultimately committed and signed with North Carolina. He would play just one game in the 2020 season before entering the transfer portal where he eventually wound up at ECU as a walk-on. Rose didn’t play last fall at ECU either, meaning he has four years of eligibility remaining after his second stint in the transfer portal.

Rayonta Rose is 6-foot-1, 215 pounds and likely full of potential just waiting to be tapped. He will certainly be a welcomed addition to the Tennessee State offense.