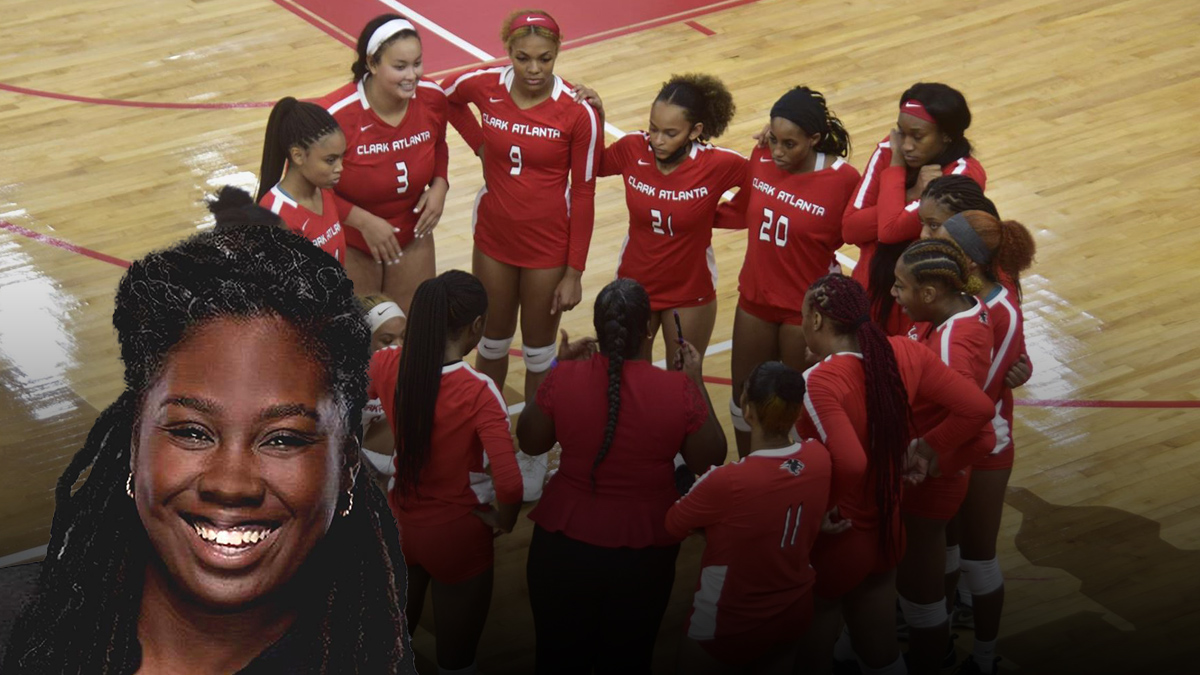 Morehouse College has brought in Dr. Ashley Johnson to take over its volleyball program after going winless in its inaugural season.

Morehouse College has found its new volleyball coach, and it didn’t have to look far.

Dr. Ashley Johnson has been named head volleyball coach at Morehouse. She comes to MHC from Clark Atlanta, where she served as head coach last season after serving as a volunteer assistant coach during the 2019-2020 season.

Morehouse was one of a handful of SIAC programs to debut men’s volleyball last season. It went 0-22 in its inaugural season under Emory Lightfoot.

Johnson played collegiately at Indiana University – Purdue University Indianapolis (IUPUI) before going on to receive her Doctorate in Physical Therapy from Hampton University in 2015.

Johnson spent three years in Tampa, Florida where she coached at Tampa Elite for two seasons and then opened her own club, Volleystar VBC. During that time, she was also head volleyball coach at Robinson High School where she was the winningest coach in school history with a 25-8 record in 2017. She also took the Lady Knights to the Florida High School Athletic Association’s 6A Final Four in 2017.

Last season Dr. Johnson’s CAU squad went 13-11 overall, 8-7 in the SIAC. Now she will look to get the Morehouse College men’s volleyball program on solid footing.