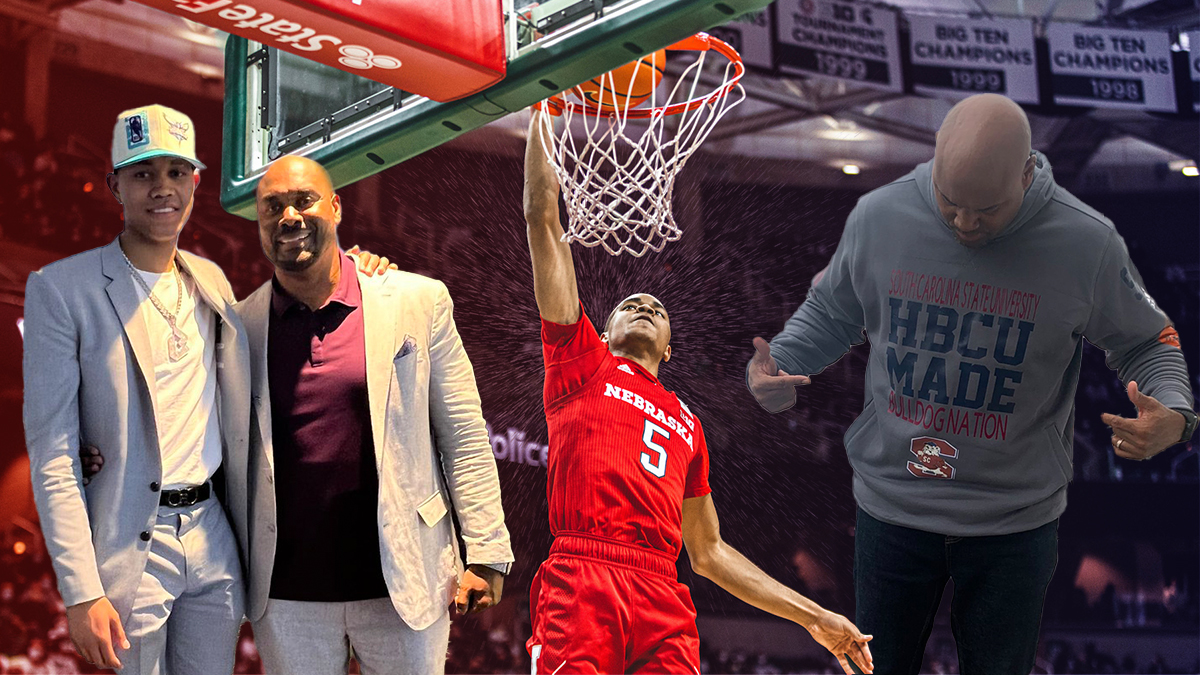 The Charlotte Hornets didn’t pick an HBCU player in the NBA Draft, but they did acquire the son of a former two-sport HBCU star.

The Charlotte Hornets didn’t pick an HBCU player in the NBA Draft, nor did any other NBA franchise, but they did land the son of one in Bryce McGowens.

The Charlotte Hornets picked up the rights to Bryce McGowens, the 40th overall pick in the NBA Draft by the Minnesota Timberwolves, in exchange for 45th pick Josh Minott and the New York Knicks’ 2023 second-round draft pick. McGowens is the son of Bobby McGowens, who once starred on the court and the football field for South Carolina State.

McGowens was a five-star prospect coming out of high school where he committed to Pittsburgh. He averaged 16.8 points and 5.2 rebounds in 33.3 minutes per game as a freshman at Nebraska in 2021-22, starting all 31 games in which he appeared. The 6-7 guard/forward earned All-Big Ten Third Team honors and was named Big Ten Newcomer of the Year by the media. McGowens led the Cornhuskers in scoring and ranked ninth in the Big Ten, while also ranking third in the conference in free-throw percentage (83.1%).

The elder McGowens was South Carolina Class AA Player of the Year in 1993 and started his career at Clemson before transferring to SCSU. He helped the program win two MEAC titles and make two NCAA Tournament appearances under head coach Cy Alexander.

Now Bryce McGowens will attempt to make the Hornets squad that features young stars like Lamelo Ball and Miles Bridges.

Several high-profile players who are children of former HBCU athletes have been picked in the NBA Draft as of late. Zion Williamson’s parents were athletes at Livingstone College, while Ja Morant’s father played basketball at Claflin. We can now add McGowen’s name to the list.