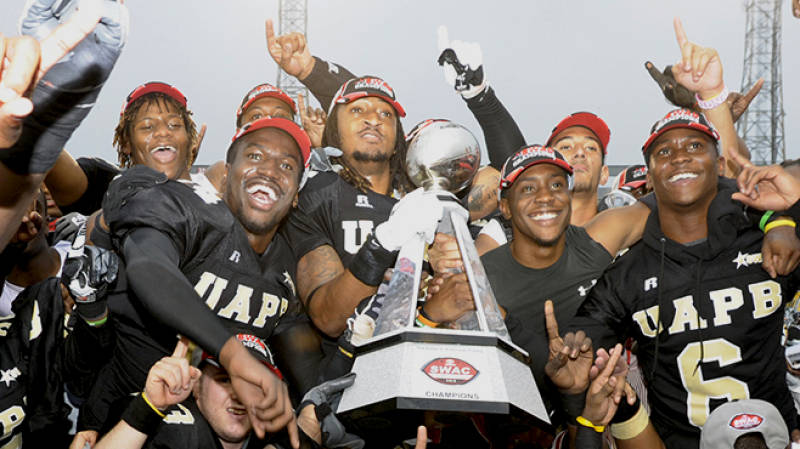 A native of Little Rock, AR., Anderson will be remembered during his time at UAPB, as a gifted athlete, a diligent student, and a tremendous teammate.

The University of Arkansas at Pine Bluff Department of Athletics mourns the loss of Golden Lions Football Benjamin Anderson, as announced by his family Monday.

“On the behalf of the entire University of Arkansas at Pine Bluff community and Department of Athletics we are heartbroken at the loss of Benjamin,” said UAPB Director of Athletics Chris Robinson. “He represented the student-athlete idea at UAPB and our deepest sympathies go to Ben’s family and loved ones. “

A native of Little Rock, AR., Anderson will be remembered during his time at UAPB, as a gifted athlete, a diligent student, and a tremendous teammate.

Benjamin Anderson, a 2010 graduate of Little Rock Parkview, was a four-year starter and letterman for the Golden Lions, where he set and broke all UAPB passing records.

He graduated from UAPB in 2015 with a Bachelor’s Degree in Secondary Education and Social Studies.

After college, Anderson played three years of professional football in Japan (1 Tokyo, 2 Osaka). He was named XLeague MVP and finished his professional career 23-7.

Anderson founded QBREEZE Training LLC in 2020, where he built his brand in Arkansas and Memphis, TN. area.

Anderson gained 11,442 career yards of total offense and 86 touchdowns, a school record.  He was UAPB’s first four-year starter at quarterback in more than three decades.