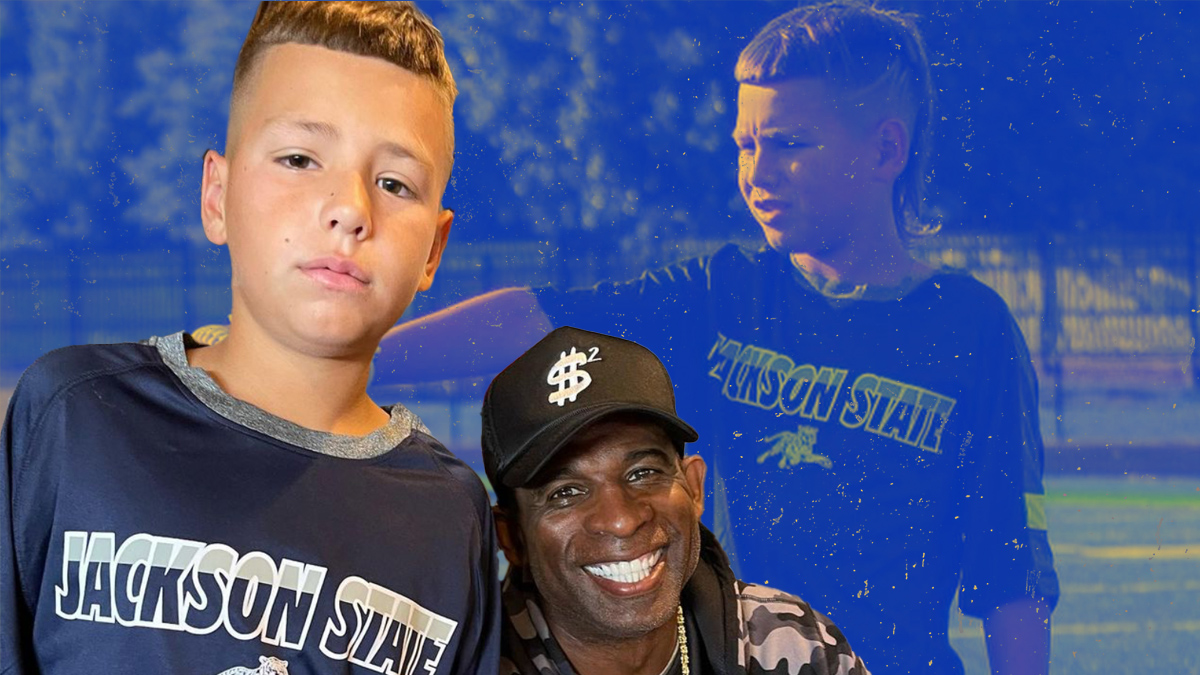 Social media sensation “Baby Gronk” is taking visits to top football programs and he stopped by to catch Deion Sanders and Jackson State.

A lot went down in Mississippi recently as Deion Sanders held his football camps last week — including a visit from Baby Gronk.

Who is “Baby Gronk”? “Baby Gronk” is a nine-year old California native who happens to be a social media phenomenon. The self-proclaimed “best third grader in America” recently visited Jackson, Mississippi and ran through some football drills.

His real name is Madden San Miguel, but he says he got the moniker from his father after dragging opponents after the catch on his way to the end zone. His Instagram account, managed by his father, has over 268k followers.

A member of an 8-Under National Championship team, San Miguel has reportedly earned “offers” from some of the top football programs in the country — LSU, Florida State, Alabama, Texas and many more. He’s also been on a “camp tour” that included Jackson State as well as ‘Bama, Ole Miss, LSU, Oklahoma State and Texas. Following his stop at JSU, “Baby Gronk” announced he was freezing his commitment and will make a “final decision” after he takes all his visits and goes through camps.

“Says Nick Saban, Deion Sanders and Lane Kiffin have a lot to do with him opening back up his eligibility,” the caption read.

Besides mastering the art of self-promotion as a youngster, “Baby Gronk” and Deion Sanders both have another thing in common. San Miguel recently told the NFL Network that in addition to football, he also loves baseball and says that he might want to be a two-sport athlete.

There’s a long way to go before signing day for the Class of 2032, but it looks like JSU is currently in the running for one of its top prospects.