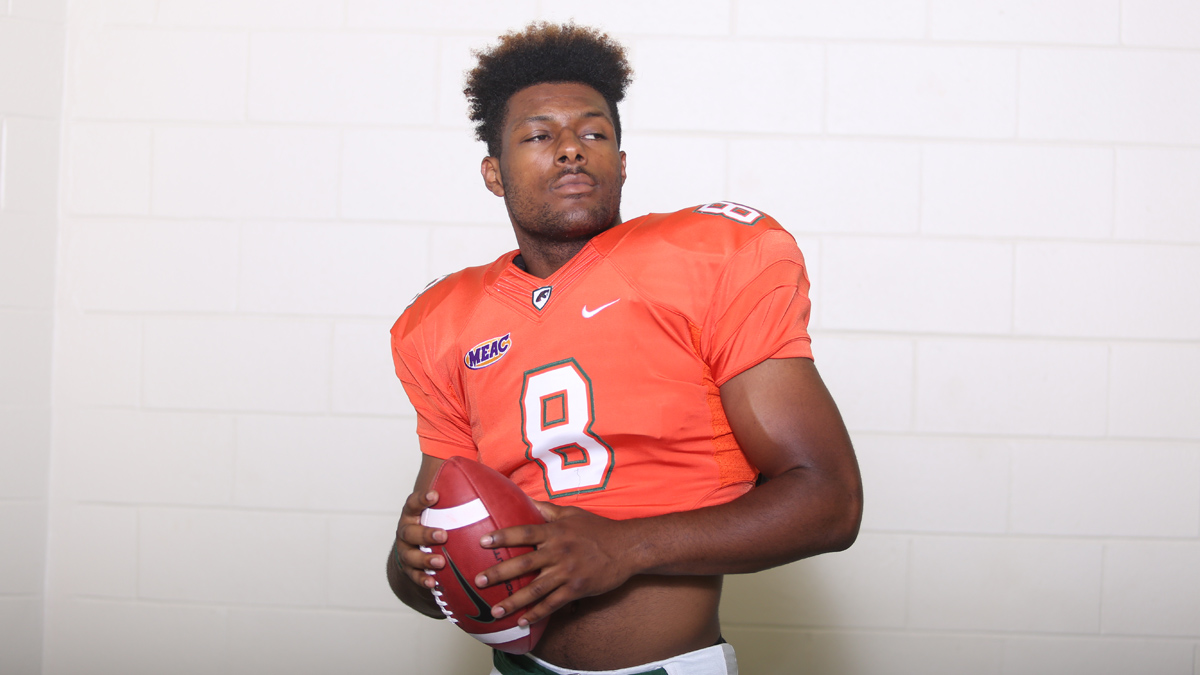 Kayvon Thibodeaux visiting an HBCU was bigger than we realized

Four years ago Kayvon Thibodeaux took a publicized visit to Florida A&M. He didn’t chose an HBCU, but his visit might have meant more than we knew.

Before Travis Hunter flipped the Florida State hat to the ground, Kayvon Thibodeaux made a visit to an HBCU that opened many eyes.

Regarded as the ESPN No.1 prospect, the California native made a visit to Florida A&M. Thibodeaux raved about his time at FAMU, declaring on Twitter, “Every student-athlete needs to visit a HBCU.”

He went on to tweet “I’m loving #FAMU, I might have to rebook my flight and stay a couple more days.”

Just like when Deion Sanders began promoting HBCUs, some weren’t happy with Thibodeaux’s posts. After all, Florida, Florida State, and several other Power Five schools had their hopes of getting the highly-touted defender.

Ultimately, Kayvon Thibodeaux chose to go to Oregon, and Thursday he was selected as the fifth overall pick by the New York Giants. Since Thibodeaux’s visit, several top-rated prospects made the trek to HBCU campuses.

The world changed in 2020. The gruesome public killing of George Floyd reset the mindsets of many. The public killing of several blacks caught on video began to alter the mindset of young athletes. Black high school students began to apply to HBCUs in record numbers. The nurturing nature of HBCUs was attractive to parents who had witnessed wrongdoing on non-HBCU campuses. The high school student-athletes began to follow suit.

With the hiring of Deion Sanders as head coach of Jackson State in 2020 came a lightning bolt for HBCU football. For those at Jackson State, it meant an opportunity to become relevant again after years of being a second thought in the SWAC. For HBCU opponents, it meant having to stare into an LED light of excitement coming from Jackson, MS and defending your school against an aroused Tigers fanbase that was relentless in gloating about the resurgence of JSU.

One of the first things Sanders did was express the importance of doing his part and using his forum to uplift not only JSU, but all HBCUs. His final straw was the 2021 NFL Draft where not a single HBCU player was selected.

“And we have the audacity to hate on one another while our kids are being neglected and rejected,” Sanders wrote in an Instagram post. “I witnessed a multitude of kids that we played against that were more than qualified to be drafted. My prayers are that this won’t ever happen again. Get yo knife out my back and fight with me not against me!”

Jackson State was very public as it began to attract athletes with Power Five offers; but they were not alone. With the advent of the transfer portal, FAMU, Tennessee State, Alabama A&M and Grambling began to lead the way in attracting high-visibility transfers from large FBS schools. As of today, the entire HBCU structure has become the preference of finding a solid home.

FAMU was the beneficiary of safety Markquese Bell who transferred from the University of Maryland. “Coming to FAMU was one of the best decisions in my life,” Bell told HBCU.

Excelling on the field, making All-MEAC in 2019 and All-SWAC in 2021, Bell established himself as a legitimate NFL prospect and was awarded with an invite to the NFL Combine. The Rattlers also reeled in Antwan Collier (UCF) and Savion Williams (Tennessee) to add to the 2021 roster, winning nine games and making the NCAA FCS Playoffs.

The visibility of student-athletes at HBCUs has been elevated by Sanders’ presence, but the trend may have actually begun in 2018 with Kayvon Thibodeaux.

Kayvon Thibodeaux visiting an HBCU was bigger than we realized