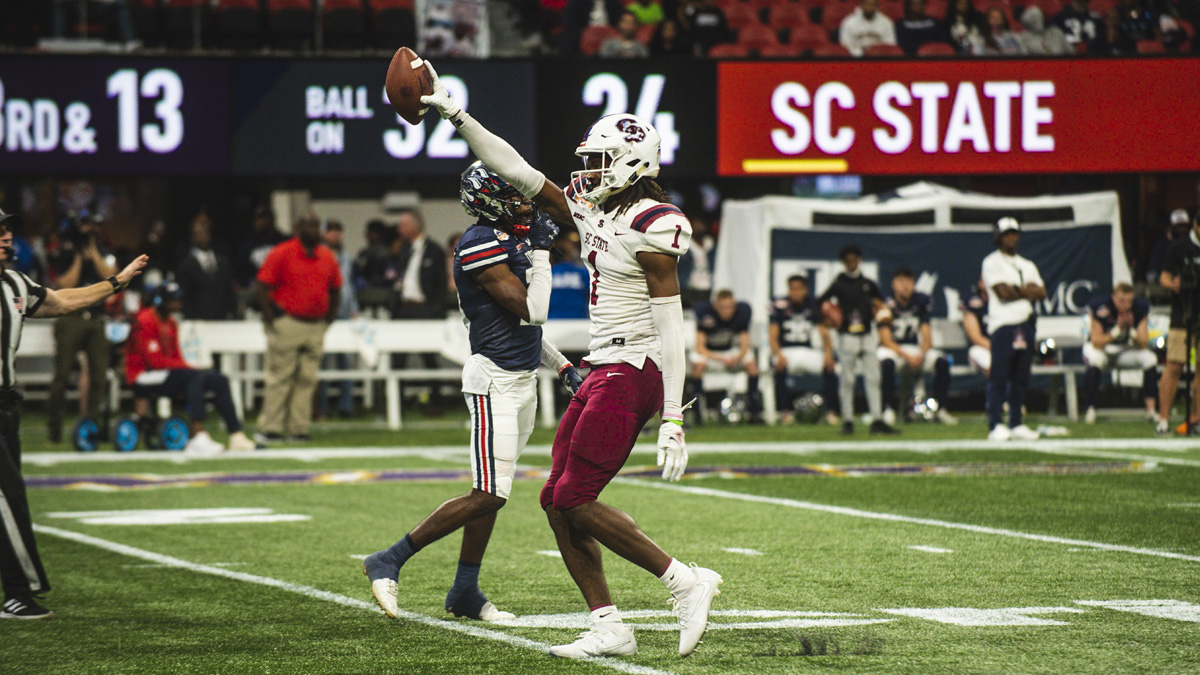 South Carolina State will look to defend its MEAC title and get back to the Celebration Bowl in 2022.

SC State will open the season on the road with four straight non-conference games, beginning in the sunshine state with AAC foe Central Florida in Orlando, Fla. at the “Bounce House”, on Thursday Sept.1st, followed by a trip back against former league rival Bethune-Cookman on Sept.10th in Daytona, Fla.

The Bulldogs will have a bye week on Sept 17th,  before their next stop at North Carolina A&T State on Sept.24th inside Aggie Stadium in Greensboro, NC, then a return home to Palmetto State features a showdown with SEC opponent South Carolina on Oct. 1st in Columbia, SC at Williams Brice Stadium.

Pough and the Bulldogs return home for their home-opener and three straight games in Oliver C. Dawson Stadium hosting the Rattlers of Florida A&M on Oct.8th, Virginia-Lynchburg on Oct.15th (HOMECOMING 2022),before opening up Mid-Eastern Athletic Conference (MEAC) play versus North Carolina Central on Oct. 22nd, in Orangeburg, SC.

The back-to-back MEAC Champions & 2021 National Black Champions, hit the road once again for a journey to Baltimore, MD to take on Morgan State on Oct. 29th, before returning home to host Delaware State on Nov.5th.

A trip to the nation’s capital to take on Howard is set for Nov.12 in Washington, DC, before the regular season ends at home for a season-finale with Norfolk State on Nov. 19th.