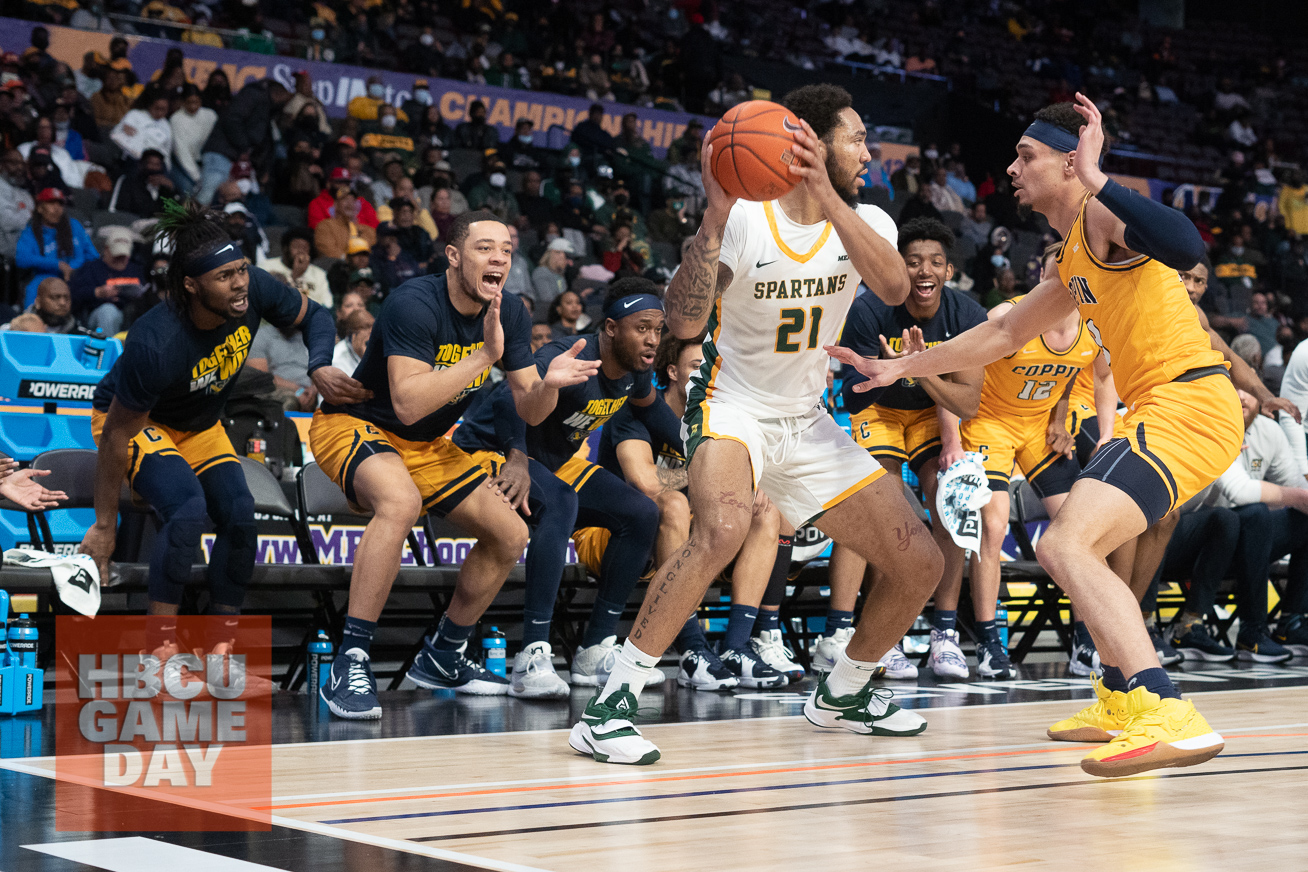 Norfolk State is back in the NCAA Tournament for the second year in a row. But the makeup of this team has been reshaped by transfers.

Norfolk State is back in the NCAA Tournament for the second time in as many seasons, but several of its key contributors are new pieces.

NSU’s leading scorers are guards Joe Bryant and Jalen Hawkins, and both of those players were on last year’s team that picked up a win in the “First Four” against Appalachian State. That was a breakout game for Hawkins, who had transferred from Robert Morris prior to the season. This season’s lineup relies heavily on transfers as well. Here are four players who weren’t on last season’s team but will get a chance to shine when NSU takes on Baylor on Thursday.

Center Kris Bankston is a big new addition — literally and figuratively. The 6’9, 280 pounder is a native of Little Rock Arkansas and he started his career at Arkansas-Little Rock where he was a part-time starter during his freshman and sophomore years until an injury-shortened his junior year in 2019-2020. He received a redshirt and returned for a redshirt junior season but saw his minutes and shots decline during the 2020-2021 season. He found his way to NSU where he has received playing time in abundance, averaging career-highs of 11.3 points and 6.9 rebounds per game. He shoots a ridiculous 71.3 percent from the field.

Philadelphia native Christian Ings started his collegiate career at Rider University where he started 20 games last season, averaging 7.7 points, 3.5 rebounds and 2.4 assists per game. He averages 9.1 points and two assists per game while shooting 42.7 percent from the field. His 3-point percentage is even higher as he hit 14 of his 32 attempts for a 43.8 percentage. His best game in a Norfolk State uniform came against William & Mary when he put up 31 points back in November.

Redshirt junior forward Dana Tate appears to have found a home at Norfolk State. The Boston native was a four-star recruit who started his career at Rhode Island, averaging four points and three rebounds per game during the 2018-19 season then returned for eight games before transferring to Siena. Tate never played at Siena, but he landed at NSU where his role has increased throughout the season. He played some of his best ball in the MEAC Tournament where he averaged just under 14 points and 8 rebounds per game against Delaware State, Morgan State and Coppin State.

One newcomer that hasn’t had quite as big of an impact is redshirt junior Caheim Brown. The 6’5 guard from Brooklyn averaged 14.7 points, 5.4 rebounds and 2.6 assists per game at George Highlands during the 2020-2021 season, and put up double figures in three of his first four games, and has only hit that threshold just once through the rest of the season.

Norfolk State is set to take on  Baylor at 2 P.M. on Thursday.