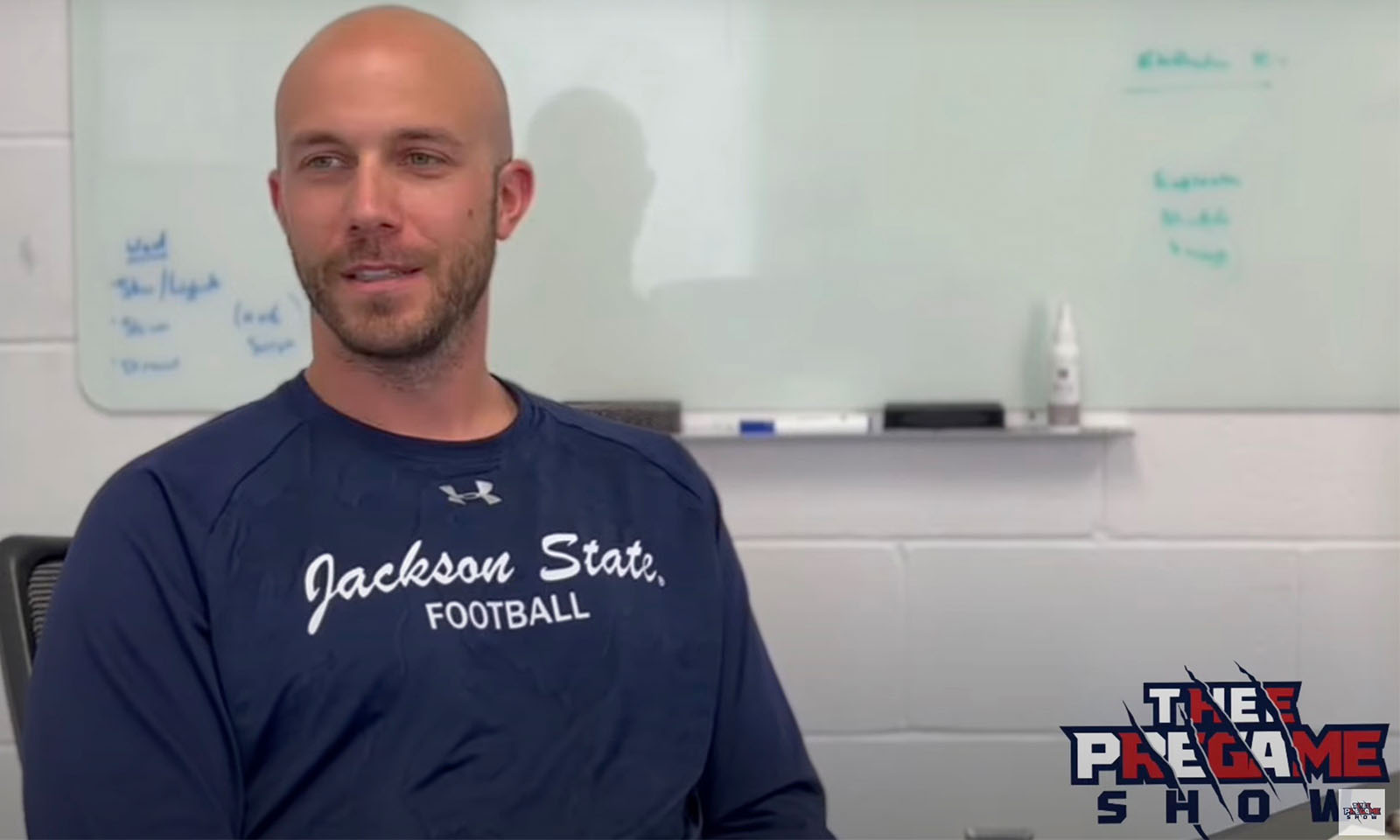 Brett Bartolone is excited about what he has under the hood as he takes the Jackson State offensive coordinator role.

Jackson State has a new chef cooking in the offensive kitchen, and his name is Brett Bartolone.

Christopher Neely of Thee Pregame Show sat down with JSU’s new offensive coordinator to talk preparation of the offensive line for the 2021 season. See Part 1 of the interview here:

Bartolone says everything has been so far, so good in Jackson, Mississippi since his arrival.

And that rolling consists of intense off-season conditioning. Bartolone said there’s a little learning curve with a new offense.

“The plan is just to install and make sure the guys know the base concepts and what we’re looking for, how we teach it, and the language we use,” he said.

Something Good is Cooking

“A lot of the groceries were here before you got here, but you’re cooking this offensive meal,” Neely said. “How pleased are you with the ingredients that were in the pantry when you walked in the kitchen?”

“It’s like getting the keys to a Lamborghini,” he said. “You just go make it go, man. You just got to take it out for a spin and let it ride and not make it too complicated.”

The play-calling last season was handled by multiple coaches. A staff change after an 11-2 season might raise some eyebrows. Bartolone, however, says he’s not worried at all.

“I got hired here to do a job and I’m gonna do it at a high level,” he said. “Whatever happened last year, that don’t matter, don’t make a difference for me. The only thing that matters is the present day and you just take it one day at a time and ultimately it’s one game at a time.”