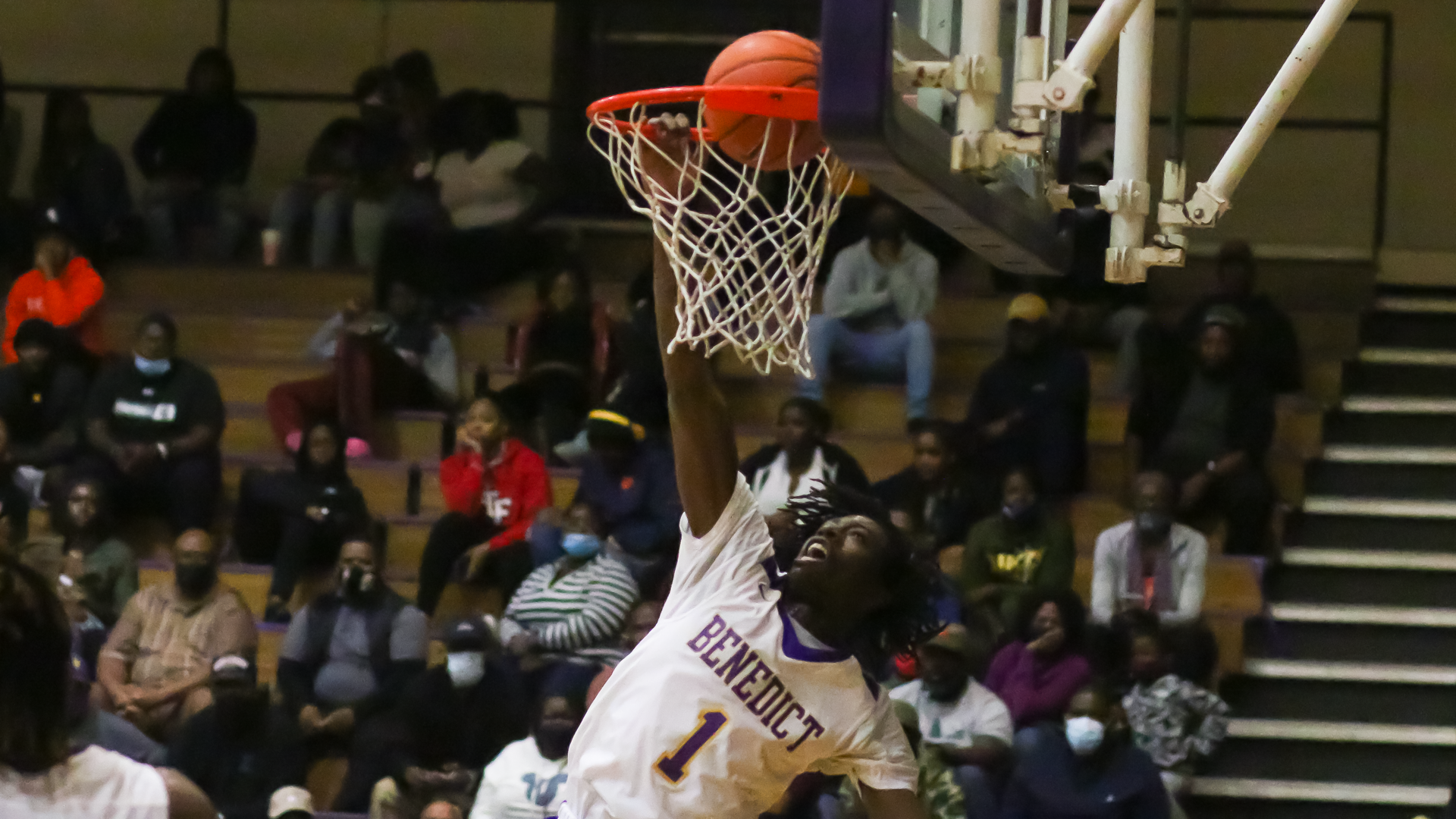 The 2022 All Conference Team is headlined by Benedict’s senior forward, Tajh Green, who was voted 2021-2022 SIAC Player of the Year.

The 2022 All Conference Team is headlined by Benedict’s senior forward, Tajh Green, who was voted 2021-2022 SIAC Player of the Year.

Green averaged 14.8 points and 7.9 rebounds per game this season. He also had a total of 38 blocks and 19 steals. Green shot 46 percent from the field and an efficient 72 percent from the free throw line. The 6’8 forward from Rome, Georgia, helped Benedict to a 21-6 overall record and 14-3 conference record this season, earning them second place in the East division.

Jaquan Lawrence, LeMoyne-Owen’s senior forward, took home this year’s Defensive Player of the Year honor. Lawrence’s 53 blocks and 16 steals on the season, helped him lock down this year’s defensive award. Lawrence posted a season high 10 blocks against Tuskegee. He also averaged 11.9 points per game on 64 percent shooting from the field.

Clark Atlanta’s junior guard, Chris Martin, was voted this year’s men’s basketball Newcomer of the Year. The Charlotte native averaged 19.6 points per game, as well as 6.9 rebounds. Martin shot 43 percent from the field and 33 percent from the three-point line. He shot an impressive 80 percent from the free throw line as well.

Fort Valley’s K.J. Doucet earned Freshman of the Year honors. The freshman forward from Austell, Georgia, averaged 14.4 points and 5.0 rebounds per game. Doucet shot 40 percent from the field and 77 percent from the free throw line this season.

Miles’ head coach, Fred Watson, was voted SIAC Coach of the Year for the 2021-2022 men’s basketball season. This is Watson’s second Coach of the Year award in his three-year tenure at Miles. This season, Watson led Miles College to a 23-3 overall record, and a 17-1 conference record, good for a 23rd national ranking in Division II. Miles is on a 17-game win streak and is looking to carry that momentum into the tournament.

In its inaugural season, the Elite 14 award recognized the student-athlete who has reached the pinnacle of competition at the SIAC championship level in his or her sport while also achieving the highest academic standard among his or her peers. Brelan Holston of Fort Valley State was the first recipient of this award in his respective sport.