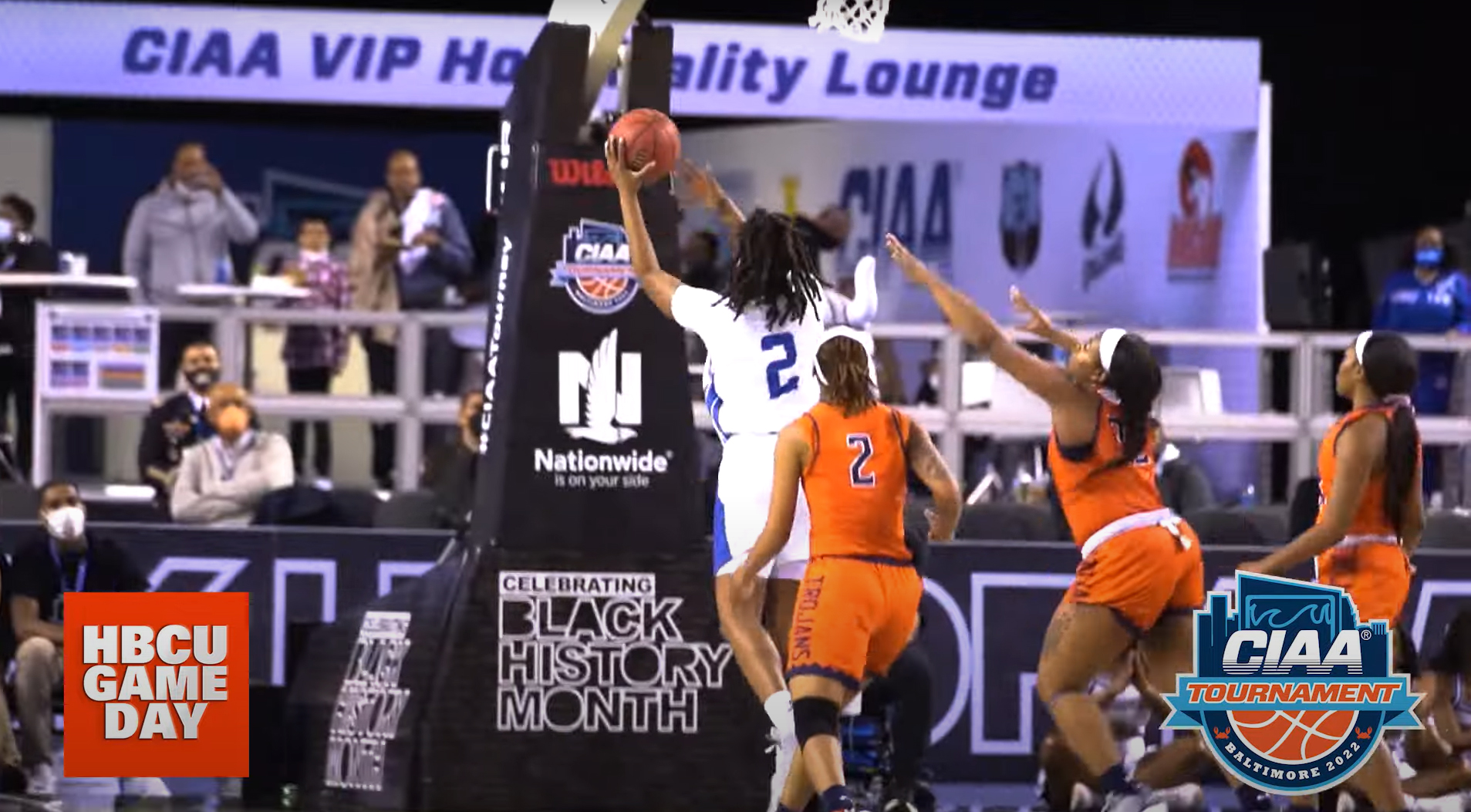 ECSU will take on the No. 1 seed Lincoln Lions for the title

No. 2 seed Elizabeth City State made clutch plays down the stretch to edge No. 11 seed Virginia State 57-53 in the CIAA women’s semifinals at Royal Farms Arena on Friday.

The Vikings will aim for their first-ever CIAA title against the Lions of Lincoln University (Pa.)- on Saturday at 1 p.m.

“We knew that this would be a tough game,” said head coach Tynesha Lewis. “This year these young ladies have done everything that has been asked of them and beyond. They had a goal at the beginning of this year, to be here in this game and not only to be here but to win it.”

Virginia State’s improbable run ended at 13-17 overall, but not before giving the favored Vikings a major scare. The Trojans entered the contest having defeated two higher-seeded opponents, and they were poised to pull off another upset.But the Vikings made the winning plays in the game’s latter stages.
Valerie Samuel converted a three-point play to pull the Trojans within 54-53 with 1:29 left, but Sireann Pitts answered with a short jumper for a three-point Vikings’ lead. The Trojans would not score again as Felicia Jackson added a free throw for the final score.

The Trojans misfired on a three-pointer and the other trey was blocked in the final 13 seconds.

Samuel scored 16 points and Kaaliya Williams added 11 points for the Trojans, who forced 21 turnovers to keep pace with the Trojans. VSU scored 18 points off Vikings’ mistakes.

Many fans wondered if the Trojans could pull off their third straight upset after leading 14-11 after the first period. The Vikings seized momentum in the second period.

Samuel scored eight points and Williams produced seven points in the first half for the Trojans, who scored 14 points off 10 Vikings’ turnovers.
Friday’s game was similar to the regular season meetings between both teams. The Vikings won close games (65-59 and 55-53) to sweep the series.

364
The Latest in HBCU Sports and Culture