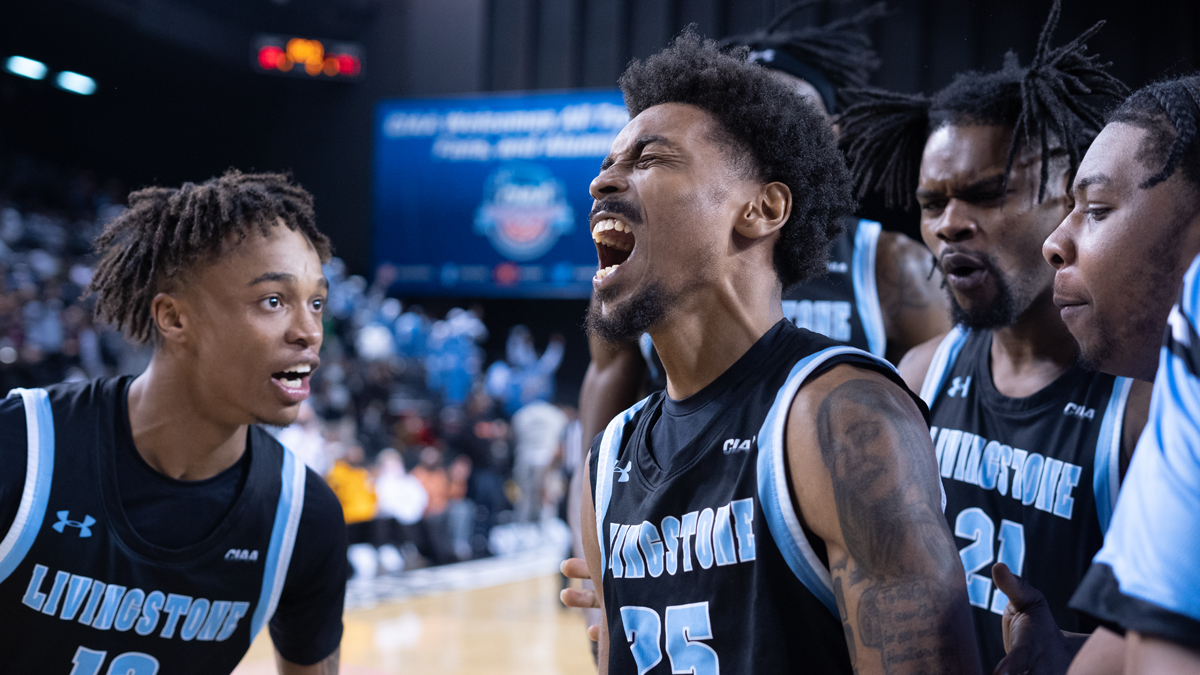 Livingstone College was on fire in the second half and got a big boost from several freshmen in the CIAA Tournament.

BALTIMORE — Day Three of the 2022 CIAA Tournament on the men’s side started out just like the women’s tournament — with epic wins by Livingstone College.

Hours after the LC women knocked off rival Johnson C. Smith by two points, the men did the same to CIAA North runner-up Lincoln.

Freshman guard DeShone Hicks hit a floater from the top-of the key with less than two seconds remaining to give LC the 91-89 win. LC advances to the semifinal where it will take on CIAA South runner-up and tournament overall top seed Fayetteville State on Friday night.

Freshman Kyrie Temple led the way with a game-high 23 points, 14 of them in the second half for the hot-shooting Blue Bears. They shot 56.5 percent from the field overall, hitting better than 63 percent of their field goal attempts after halftime.

“I’m just thankful you know, I’ve been through a lot,” Temple said after the game. “I stayed down, I trust my coach with this process and I just came here to play.”

Reggie Hudson was Lincoln’s leading scorer with 21 points. He also added nine rebounds and five assists. CIAA player of the Year Zharion Blue added 18 points and Bernard Lightsey put in 15. LU shot a respectable 47.8 percent from the field overall and hit six of 14 attempts from the 3-point line, including one from Lightsey with 11 seconds remaining to tie the game at 88.

“We knew it was going to be a hard battle, with Lightsey and Blue and some of the other student-athletes that they have,” LC head coach James Stinson said. “But we were able to persevere and hold on.”

Livingstone will now turn its attention to Fayetteville State, who earned its spot in the semis by taking care of business against Virginia State on Wednesday night. The two CIAA South squads split the regular season, with each team winning on its home floor. But the stakes are much higher now, as the winner will play the winner of Winston-Salem State-Virginia Union in the CIAA Tournament title game.

“We’re ready for anything,” Livingstone guard Cameron Carpenter said. “I feel like no matter what opponent we got in front of us, we’ll be ready for them.”  “

Two days down, two more to go for the guys from Salisbury, NC.