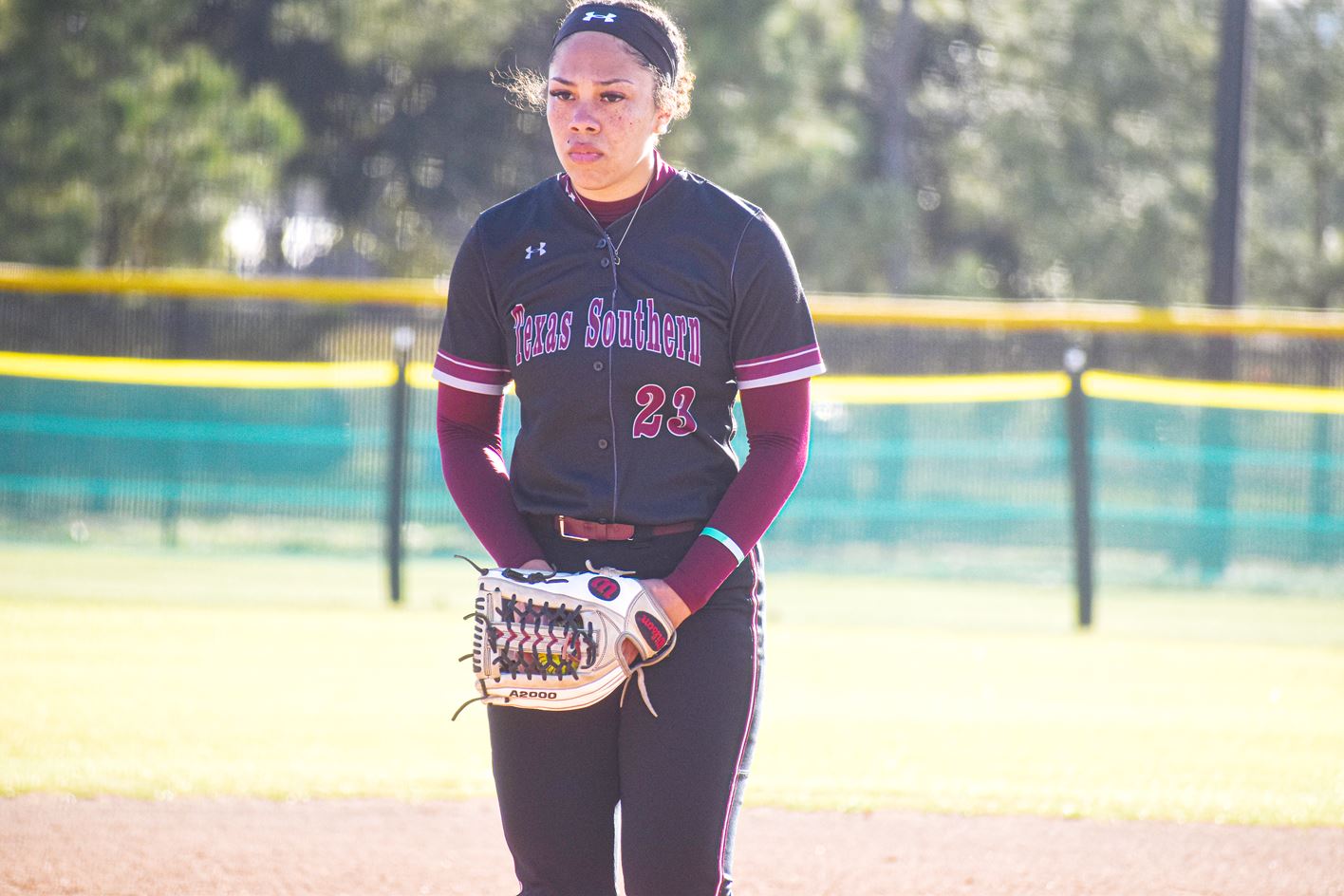 The TSU softball team tasted victory for the first time in 2022 with a doubleheader sweep over Houston-Victoria.

The Texas Southern softball team tasted victory for the first time in 2022 with a doubleheader sweep over Houston-Victoria on Friday at Memorial Park.

TSU 8, UHV 4
TSU opened the scoring with a homer and put the game away via a homer as they won the opener 8-4.

Daryn Haslam reached base to open the first and Tamera McKnight made UHV pay with a two-run shot for an early 2-0 lead. Both teams went scoreless until the third as TSU’s Pamela Richardson led the frame off with a single and scored several batters later for a 3-0 lead.

UHV crossed home a run to cut the deficit to 3-1 in the fourth but Texas Southern responded in the fifth as Tierrah Williams doubled home two RBI for a 5-1 lead. The Jaguars wouldn’t go away quietly with a three-run homer in the sixth to draw within 5-4. TSU answered quickly in the sixth as Ja’Lynn Swiney and Richardson both reached base with Swiney scoring on Crimson Davis’ sac fly. Haslam came up big with a two-run homer to score Richardson for much-needed separation.

UHV attempted to make it a contest in the seventh with multiple runners on late but the Lady Tigers forced a game-ending pop out.

Richardson finished 2-for-4 with two runs while Williams, McKnight and Haslam all had two RBI. Haslam also led TSU with three runs.

Naomi Reyes earned the win with six strikeouts on one hit.

TSU 8, UHV 0
TSU only needed five innings of work to close out the doubleheader after an 8-0 win in game two.

Tierrah Williams led the second inning off with a bunt single and scored the game’s first run on Tevanae Tate’s RBI double. TSU would keep the pressure on in the third as Williams drove in Pamela Richardson for a 2-0 margin followed by Aubri Ford’s RBI single and Tate’s bases loaded walk for a 4-0 lead.

Julia Bilbao continued her strong start to the 2022 campaign with a grand slam in the fourth as TSU led 8-0. UHV remained scoreless after the top of the fifth which triggered the run-rule for the series sweep.

Jazmine Gendorf struck out six in four innings of action to earn the win on the mound.

TSU is back in action on Friday at the Reveille Classic hosted by Texas A&M in College Station.