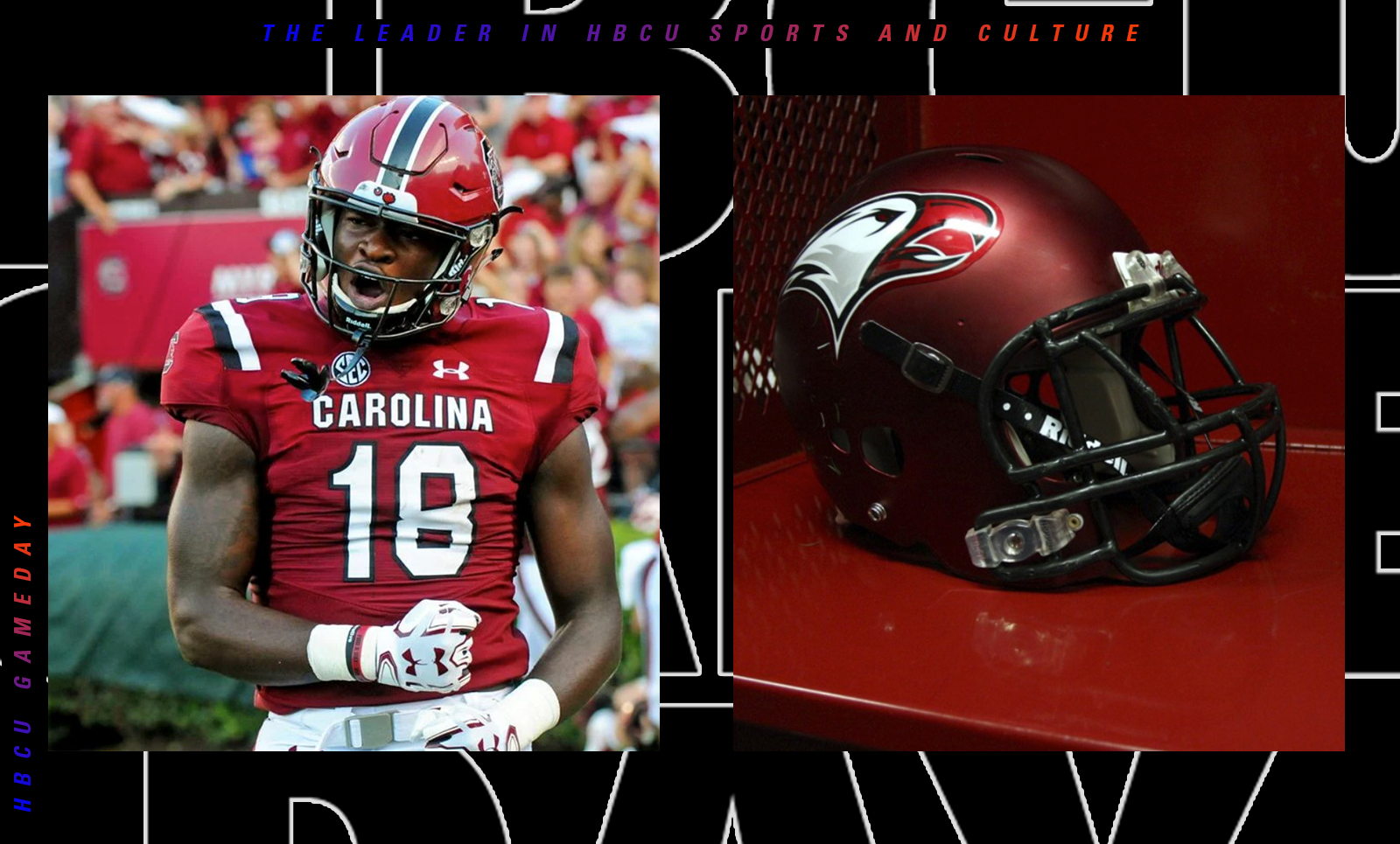 OrTre Smith was rated as the No. 1 player in South Carolina and the 15th-best wide receiver in the country in the class of 2017.

DURHAM, N.C. – University of South Carolina transfer OrTre Smith, a four-star prospect rated as the No. 1 player in South Carolina and the 15th-best wide receiver in the country in the class of 2017, headlines North Carolina Central University’s 2022 football recruiting class, announced by head coach Trei Oliver on Wednesday.

OrTre Smith (WR, 6-4, 222, Mount Pleasant, S.C.) played 19 games at USC (2017-21) with 43 receptions for 435 yards and four touchdowns. As a senior at Wando High School, he was named the 2016 Class 5A Lower State Back of the Year by the South Carolina Football Coaches Association and was a finalist for the Mr. Football award.

Adding stars to the group of NCCU newcomers is three-star recruit Albert Redd (LB, 6-2, 207, Kernersville, N.C.), who also received offers from North Carolina and Louisville. Redd, a linebacker out of Glenn High School, was named First Team All-Area and First Team All-State in his senior season, and All Northwest Football Team Defensive Player of the Year in the spring of 2021. In the fall, he amassed 97 tackles with 20 stops for a loss and 13 sacks.

The NCCU Eagles also secured a pair of two-star recruits in Marshall University transfer Arthur Rodgers (RB, 5-8, 210, Snellville, Ga./Shiloh HS) and Jeremy West-Pirtle (DE/OLB, 6-3, 220, Daytona Beach, Fla./Seabreeze HS). Rodgers was the Region Offensive Player of the Year as a senior at Shiloh High School in 2019, rushing for 1,443 yards and 15 touchdowns for an average of 131.2 yards per game. West-Pirtle claimed All-District, First Team All-Area, and Defensive Player of the Year honors as a senior in 2021, collecting 90 tackles with 12.5 sacks.

Thirteen recruits were announced during national signing day on Wednesday, joining the four early signees in December. Among the newcomers, 14 of the 17 are freshmen and seven are from North Carolina. Four offensive linemen and three receivers are among the nine offensive players added to the roster.

“Our goal for this recruiting class was to add depth at all positions,” said Oliver. “With this class, you’ll see some length, speed, quality depth, and good young men. A lot of them were multi-sport athletes and team captains, which are attributes we look for when we recruit… young men that are going to be leaders at this university.”