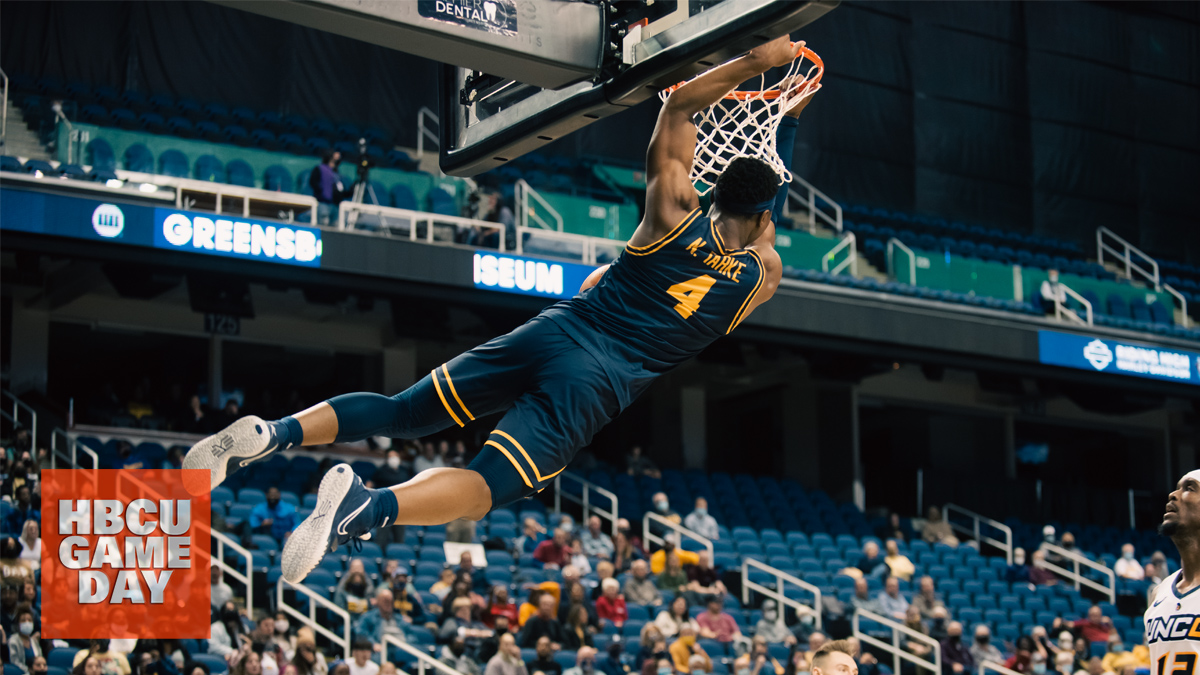 Nendah Tarke had a career night against rival Morgan State. But he saved the best for last as a half court heave lifted Coppin State to a win.

BALTIMORE, Md. – Coppin State guard Nendah Tarke hit a buzzer-beater from a few feet behind halfcourt to give the Eagles a 79-76 victory over archrival Morgan State on Saturday evening at the Bears’ Hill Field House.

The Eagles improve to 2-0 in MEAC play while the Bears’ conference record evens up at 1-1.
After Jesse Zarzeuela’s layup with six seconds to go gave Coppin a 76-75 lead, Morgan made 1-of-2 free throws to tie the score with just over a second remaining. Tyree Corbett inbounded the ball to Tarke by the free throw line and after a pair of dribbles, Tarke launched a heave that found the bottom of the net.

Tarke’s game-winning shot gave him a career-high 22 points as he also added ten rebounds for his third double-double of the season. One of the nation’s leaders in steals, Tarke was credited with four swipes on the day.

Zarzuela and Corbett also finished in double figures, recording 11 and ten points, respectively, while Justin Steers added nine points. Kyle Cardaci and Remy Lemovou, who was making his season debut, chipped in with six points apiece. Mike Hood tallied five points, followed by Sita Conteh with four and both Daniel Titus and Isaiah Gross with three. In the start, Greg Spurlock finished with five rebound, three assists and a pair of blocks.

Coppin State improves to 3-14 overall. It will have a week off to prepare for a strong Norfolk State program on the road.