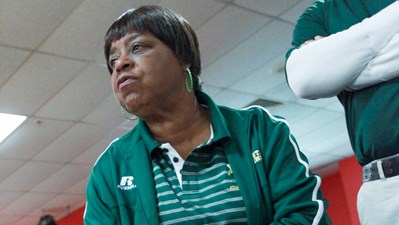 The Norfolk State University Athletics Department is mourning the loss of long-time coach Wilhelmenia Wright Harrison, who passed away Jan. 7.

NORFOLK, Va. – The Norfolk State University Athletics Department is mourning the loss of long-time coach Wilhelmenia Wright Harrison, who passed away Jan. 7. She was 72.

Under Harrison’s tutelage, the Spartans reached their highest-ever ranking in the National Tenpins Coaches Association (NTCA) Poll, at No. 10 in 2011-12.

In addition to her accomplishments in the coaching ranks, Harrison also performed double duty from 2011-18 as the assistant athletics academic coordinator. In that capacity, she assisted in the academic support efforts of the NSU athletics department during the day before shifting her attention to the bowling program.

Harrison had a diverse history at Norfolk State. She was a graduate assistant volleyball coach at Norfolk State from 1979-84. After assisting head coach Honey Lamb with the team again from 1990-91, Harrison took over the head coach position from 1992-99. Harrison compiled more than 200 victories as head coach and at one point won four consecutive CIAA Northern Division regular-season championships. Her team finished as runner-up in the CIAA tournament in each of those seasons.

Harrison also served as a swimming instructor while she was a student at Norfolk State. She later became the first black female water safety instructor in the South Atlantic Region for the American Red Cross. She was a 1984 graduate of Norfolk State.