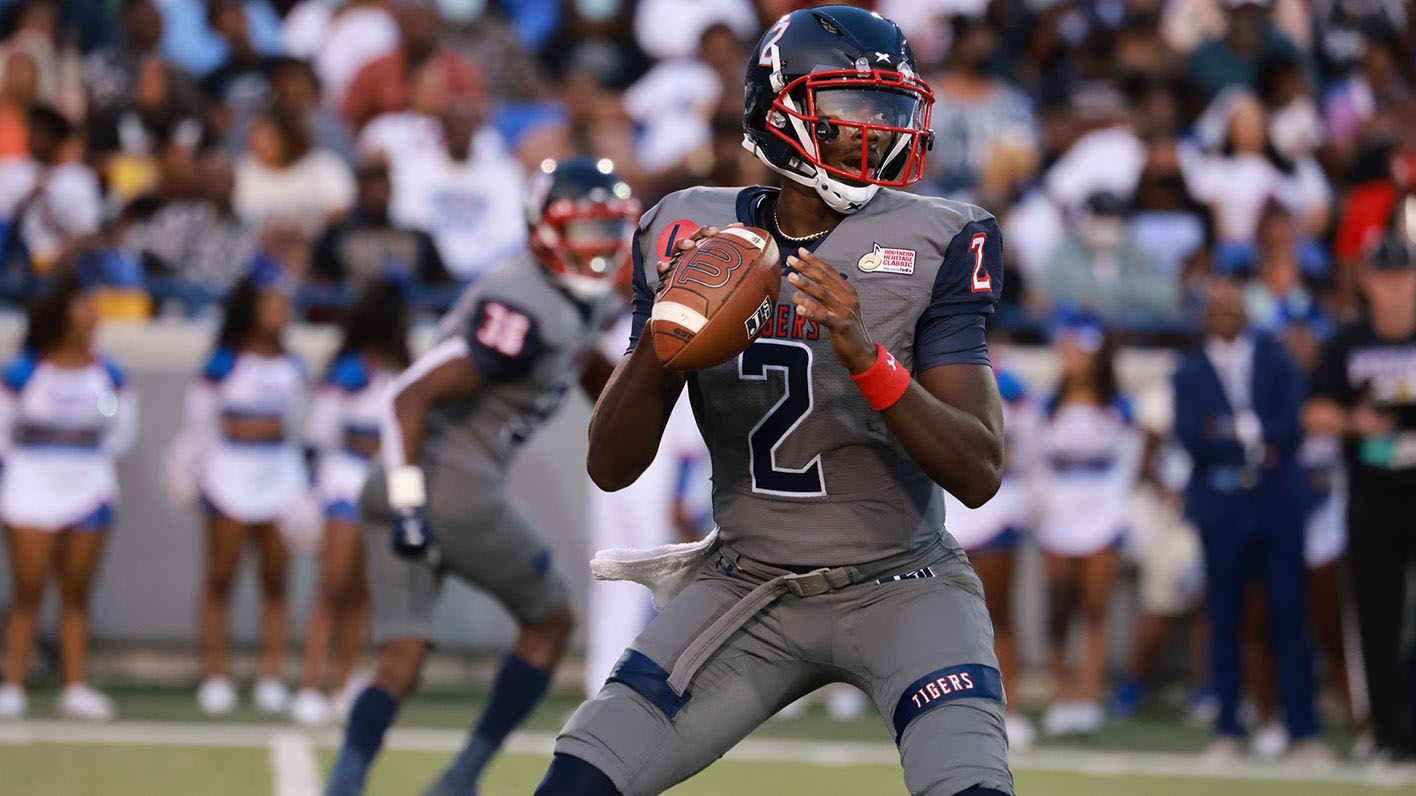 Here are the matchups to watch between the Tigers and Braves on Saturday.

Jackson State is currently undefeated in the conference while Alcorn State sits at number two in the SWAC West. Here are the matchups to watch between the Tigers and Braves on Saturday.

Acorns State’s sophomore running back Niko Duffey has been explosive for the Braves all season. Duffey is currently second in the conference in rush yards with 829 in 10 games. He is averaging 5.3 yards per attempt and has four touchdowns for the team. The Braves will need Duffey to have a good game against a Jackson State defense that is built to stop the run. The Tiger’s run defense ranks second in the SWAC. The team is only giving up an average of 2.9 yards per attempt and 102.3 each game. Alcorn State will need to find the weaknesses in order to establish the run.

Shedeur Sanders is red hot right now for the Tigers. The freshman quarterback leads the conference in completion rate at 68% which is insanely high for a college QB. Sanders has thrown 25 touchdowns to five interceptions including a game-winner against Southern University last weekend. Opponents in the SWAC have yet to find an answer for the young signal-caller. The Braves will be tasked with him next. Alcorn State’s secondary has not made many big plays this year. The Braves are second to last in the conference in takeaways with only three interceptions in ten games. It does not help that their defensive line has not been applying enough pressure to opposing quarterbacks either. They are dead last in the conference in sacks with only 10. The Braves will have to muster up some pressure from somewhere if they do not want Sanders to pick them apart.

This matchup is strongly in the favor of JSU but Alcorn State can keep themselves in the game with their special teams unit. We can expect Jack State’s defense to force the Braves to many three-and-out situations. Their field goal unit may keep them in a game on fourth down. The Braves have made 7-12 of their field goal attempts this season. That is a 58% make rate. The Tigers have only made 2-10 of their field goals for a 20% make rate. The Braves will need to drill their three-point attempts to stay in a game where their offense may struggle to score.