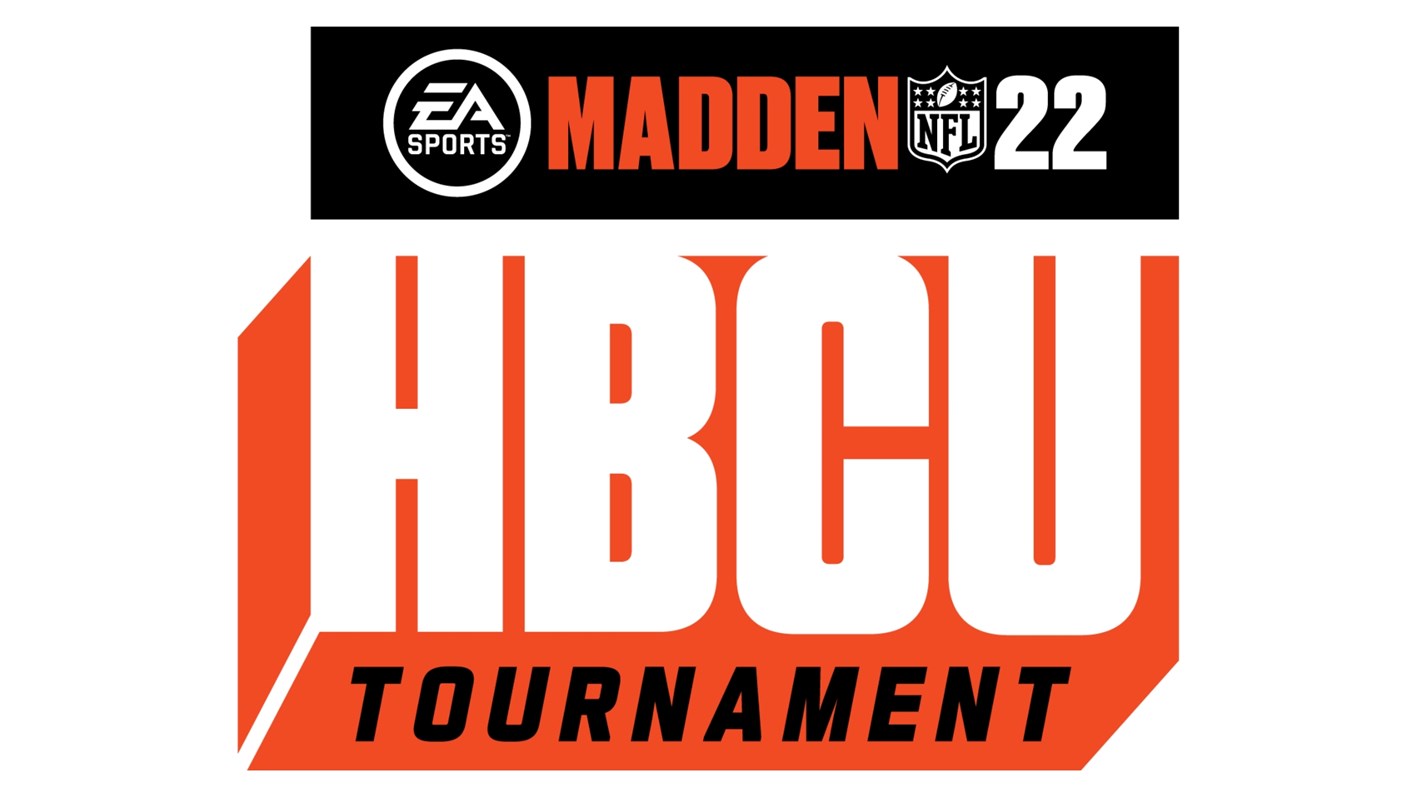 NEW YORK – The National Football League (NFL) today announced its 2nd annual Madden NFL 22 x HBCU Tournament with EA to celebrate the impact of HBCUs headlined with a competitive tournament and career development opportunities both on and off the field. The goal is to inspire students at all Historically Black Colleges and Universities to get involved and represent their schools with competition and networking.

Registration officially opened today through Dec. 3, 2021, with limited slots for an online single-elimination qualifier tournament on December 5, 2021 with the top 16 finalists advancing to compete in the NFL Madden x HBCU Showcase during Super Bowl Week in Los Angeles. Players can register to compete in the tournament at http://hbcutournament.nfl.com/.

The 16 finalists will also participate in an “experienceship” by spending time with the EA staff to engage them in various departments, and they will tour the NFL’s new west coast headquarters and shadow NFL leaders for a day to provide development and networking experiences to the students.

The top two finalists will be playing for cash prizes at the NFL’s west coast headquarters located next to SoFi Stadium in Hollywood Park, home of Super Bowl LVI. Their match up will be available to watch on both the NFL YouTube and Twitch channels on February 12, 2022.

“We are so thrilled to bring back this tournament for HBCU students and offer a once-in-a-lifetime experience to come to Los Angeles during Super Bowl LVI Week,” said Natara Holloway, Vice President, Football Strategy at the NFL. “We want to expand the League’s efforts to create inclusive opportunities for the next generation of talent with partners like EA providing not only a chance for students to compete, but also the chance to learn the business of football through practical learning and shadowing experiences.”

The NFL will partner with GCN, Inc. (Gaming Community Network), part of the GameSquare Esports group of companies, who will manage all operations including registration, online tournament execution, player communications, competitive integrity and a professional broadcast during the week of Super Bowl LVI.

“We are so honored to be working with the NFL on this incredibly important initiative to capture the passion of gaming among HBCU students,” said Chris Kindt, CMO for GCN. “We are confident our team with deep roots in esports and gaming will deliver an exciting tournament capped off by the exhilaration of competing during Super Bowl LVI.”

About the NFL HBCU Initiative

In May 2016, the NFL launched Strength of HBCUs, Impacting Pro Football Since 1948 in partnership with two prominent HBCU athletic conferences — the Mid-Eastern Athletic Conference (MEAC) and Southwestern Athletic Conference (SWAC). The initiative has since expanded to also include other conferences and schools to recognize and strengthen its relationships with HBCUs across the country. Through these relationships, the NFL has developed several HBCU-focused programs to educate and connect students to careers in football administration and the sports industry at large.

GameSquare Esports Inc. is an international gaming and esports company headquartered in Toronto, Canada. The Company is seeking to acquire additional assets and entities serving the gaming and esports markets and, more broadly, in sports and entertainment. GameSquare’s acquisition of Code Red Esports Ltd. (“Code Red”), an esports talent agency, provided an initial foothold in Europe through its UK operations. Code Red represents leading on-screen talent, players and influencers and works with leading global brands to develop influencer campaigns and esports marketing strategies. The Company’s second acquisition of Reciprocity Corp. provides access to Asia, Latin America and North America. Its gaming and esports assets include: a CrossFire franchise in China that it owns with its partner LGD Gaming, a 40% interest in a League of Legends team that competes in Latin America, and its wholly owned subsidiary corporation, GCN, a digital media company focusing on the gaming and esports audience based in Los Angeles. GameSquare continued building a global esports powerhouse when it acquired Complexity Gaming, one of America’s premier and longest standing esports organizations. With access to GameSquare’s content creation, sales, marketing, and branding expertise, Complexity will be able to expand the franchise’s international footprint.