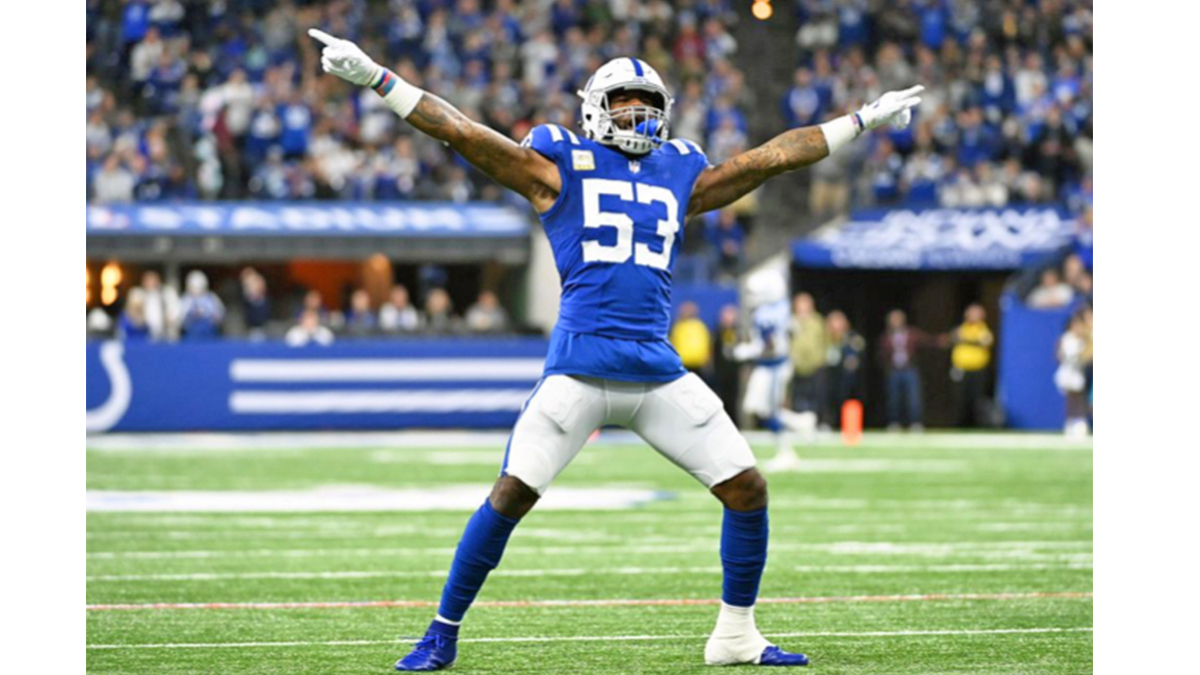 Never short on celebrations, SC State product Darius Leonard was at it again as his Indianapolis Colts downed Jacksonville Sunday. Check out all the HBCU standouts from this week’s NFL games here on the ProFile.

The HBCU NFL ProFile players of the week were all winners this week.

Leonard is the emotional leader of the Colts’ defense. He demonstrates it with his play and his celebrations on the field. Every week expect Leonard to have some demonstrable display of his infectious enthusiasm. Leonard has 73 tackles on the season.

Grambling State product Trent Scott moved into the Carolina Panthers’ starting line-up at right guard four weeks ago. The Panthers are 2-2 since the move but are protecting their quarterbacks better. Scott and his cohorts along the offensive line gave up no sacks of quarterbacks P. J. Walker and Cam Newton in the Panthers’ 34-10 win over Arizona Sunday.

San Francisco RB/KR Trenton Cannon had another productive day in Monday night’s 31-10 win over the LA Rams. The former Virginia State and CIAA standout returned a kickoff 19 yards and had two special teams’ tackles. He is turning out to be a standout as a gunner covering kicks and an effective returner on kickoffs.

Cannon is currently 13th in the NFL with 302 kickoff return yards. His average of 21.57 yards on 14 returns is also 13th in the league. His long return of 68 yards is fifth best on the season. Only four kickoffs have been returned for TDs this season.

– #49 TRENTON CANNON, RB/KR, San Francisco (4th season, VIRGINIA STATE) – In 31-10 win over the Los Angeles Rams Monday, Cannon had one kickoff return for 19 yards and had a solo tackle and an assisted tackle on special teams. The final participation numbers were not available at press time.

– #97 JAVON HARGRAVE, DT, Philadelphia (6th season, SOUTH CAROLINA STATE) – In 30-13 win over Denver, Hargrave had two total tackles, one solo. He played on 50 defensive snaps (86%) and did not play on special teams.