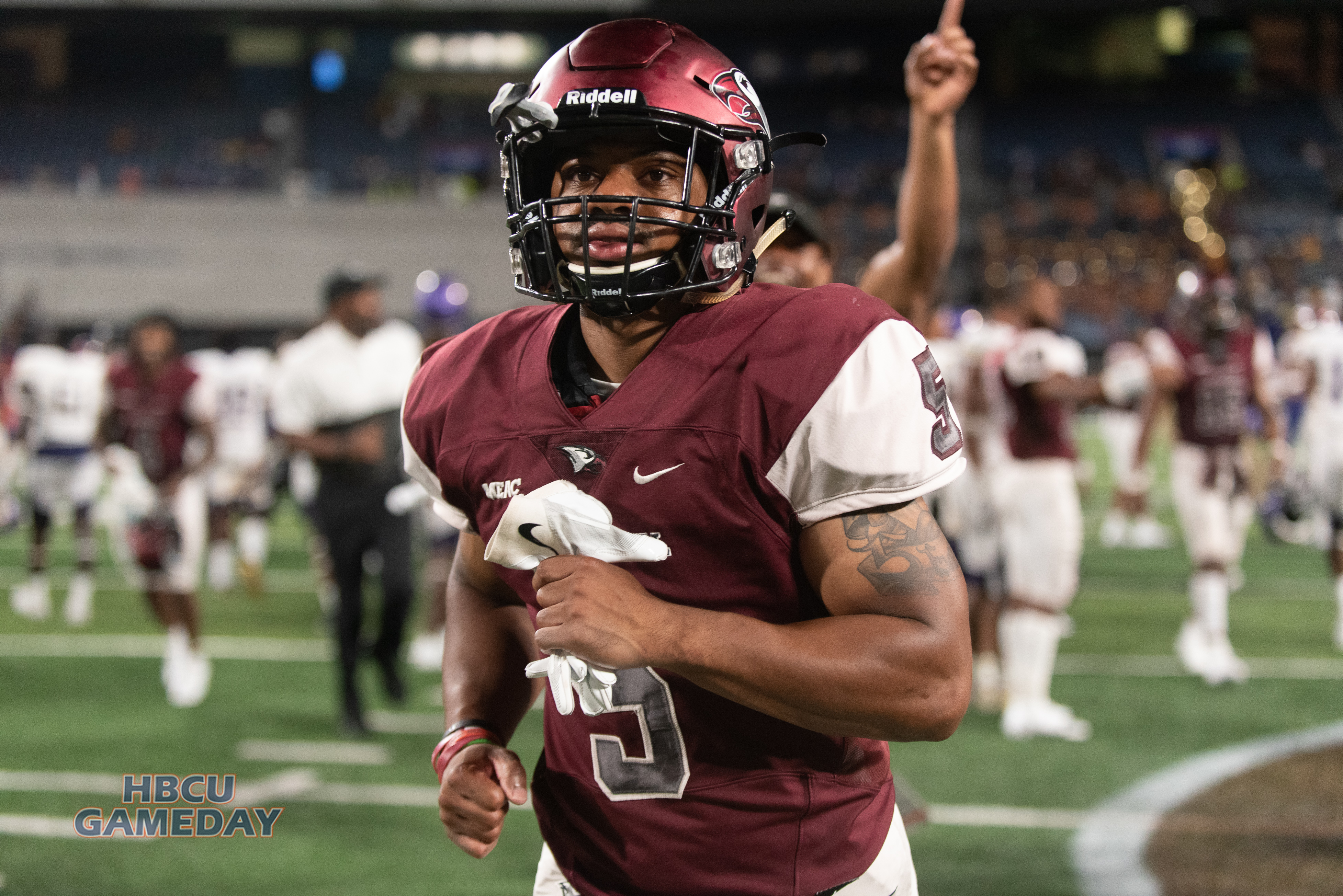 The South Carolina State Bulldogs are at the top of the MEAC rankings while the third-ranked Eagles are looking to knock them off.

The South Carolina State Bulldogs are at the top of the MEAC rankings while the third-ranked North Carolina Central Eagles are looking to knock them off. Here are the matchups to watch while the two teams face off in Durham this Saturday.

South Carolina State has only allowed 21 points in their two conference games this season. SCSU held Morgan State to 14 and Delaware State to seven last weekend. Even though they gave up forty pieces to ACC and SWAC opposition, they have been shut down thus far against the MEAC. They will be facing a NCCU offense led by sophomore quarterback Davius Richard. Richard and the Eagles haven’t put up flashy offensive numbers and are only averaging a touchdown a game.

South Carolina State sophomore linebacker Jablonski Green has been an anchor on defense. Green has six tackles for a loss against MEAC opponents for a total of 29 yards. SCSU has only faced two conference opponents and Green is already a top of the TFL leader board. If Green and the Bulldog defense continues to roll, it will be a long game for the Eagles.

Central’s senior wide receiver Ryan McDaniel has been making big plays all season. McDaniel is averaging 65 yards per conference game. In eight conference games, the wideout has grabbed 41 receptions for 516 yards and two touchdowns. His longest reception was for 77 yards. He will be facing up against SCSU’s senior defensive back Zafir Kelly. Kelly is currently leading the MEAC in passes defended in conference games. In just two conference games, Kelly has three interceptions and a pass breakups. His numbers are almost unreal. Ryan McDaniel and Zafir Kelly are both hot right now. Only one will win the matchup on Saturday.

Special teams play could be a difference-maker in the game. Eagles’ freshman place-kicker Juan Velarde leads the MEAC in 50+ yard punts against conference opponents. Velarde’s range will be crucial in backing up the Bulldogs loaded offense. Eagle’s sophomore Adrian Olivo leads the MEAC in field goals made against conference opponents at nine. He has not missed yet and holds the second-longest FG made in the MEAC at 43 yards. The Eagles will need their special teams to keep them in the game as their offense will most likely struggle to score.