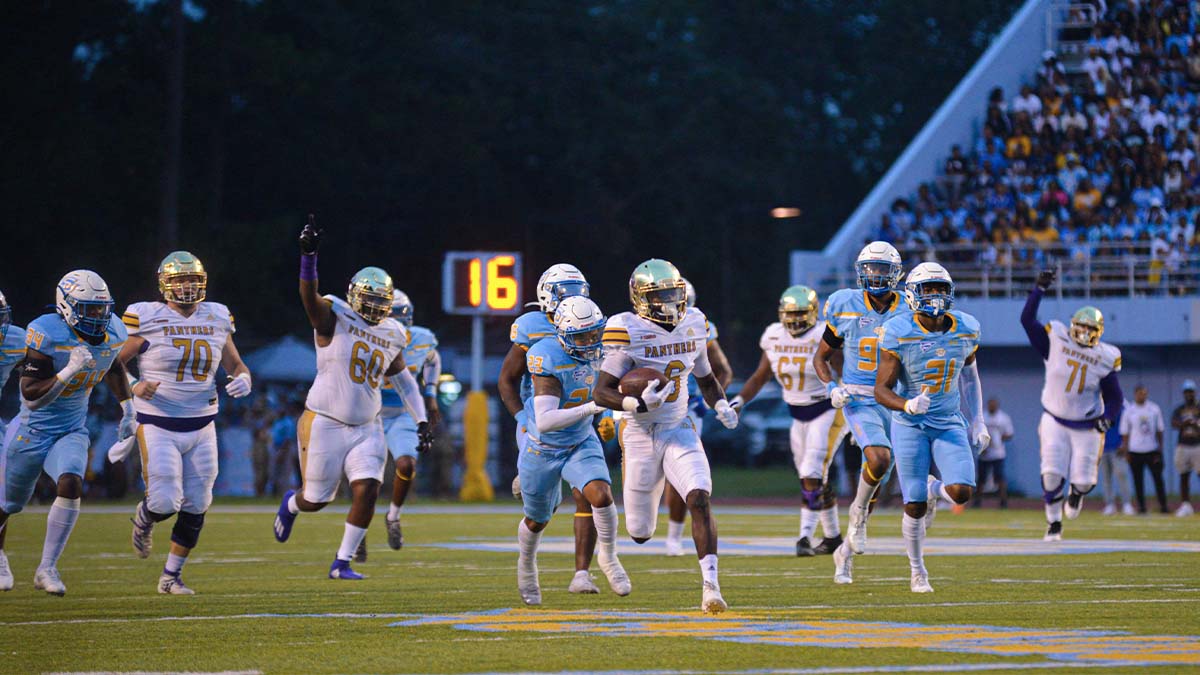 The Prairie View A&M Panthers pounced over Southern University to spoil their homecoming with a dominant win on Saturday night.

Prairie View A&M pounced over Southern University to spoil their homecoming with a 47-21 win on Saturday night. Prairie View had its way on both sides of the ball while Southern shot itself in the foot with turnovers.

The Prairie View A&M Panthers got on the board first early in the first quarter. Freshman running back Jaden Stewart found the endzone on a three-yard run to put the Panthers up 7-0. The Panther’s offense worked quickly on the scoring drive taking only five plays to get downfield. Southern University did not respond until the second quarter. Senior quarterback Ladarius Skelton kept the ball for an 8-yard run into the endzone for the Jaguars. A missed field goal brought the score 7-6. The Panther’s graduate quarterback Jawon Pass responded with a 27-yard touchdown pass to junior tight end Donovan White. This put Prairie View up 13-6 at the half after a missed point-after attempt.

The Panthers took off in the second half. Four different players scored for Prairie View. Senior running back Lyndemian Brooks found the endzone twice on the night for 14 points. Stewart would also score again for a total of two rushing touchdowns in the game. Jawon Pass connected with senior receiver Evan Fairs for a 56-yard bomb late in the third quarter. Pass also found Donovan White for their second touchdown of the night. The Panthers had 506 yards of offense tonight. That was more than double the 250 yards the Jaguars mustered up. The Panthers also converted on 62% of other third downs as the Jaguars had no answer for the offense. Even though Jawon Pass threw two interceptions, the Panther’s defense bailed him out. Skelton threw two costly interceptions for the Jaguars as the Panther’s offense was able to capitalize.