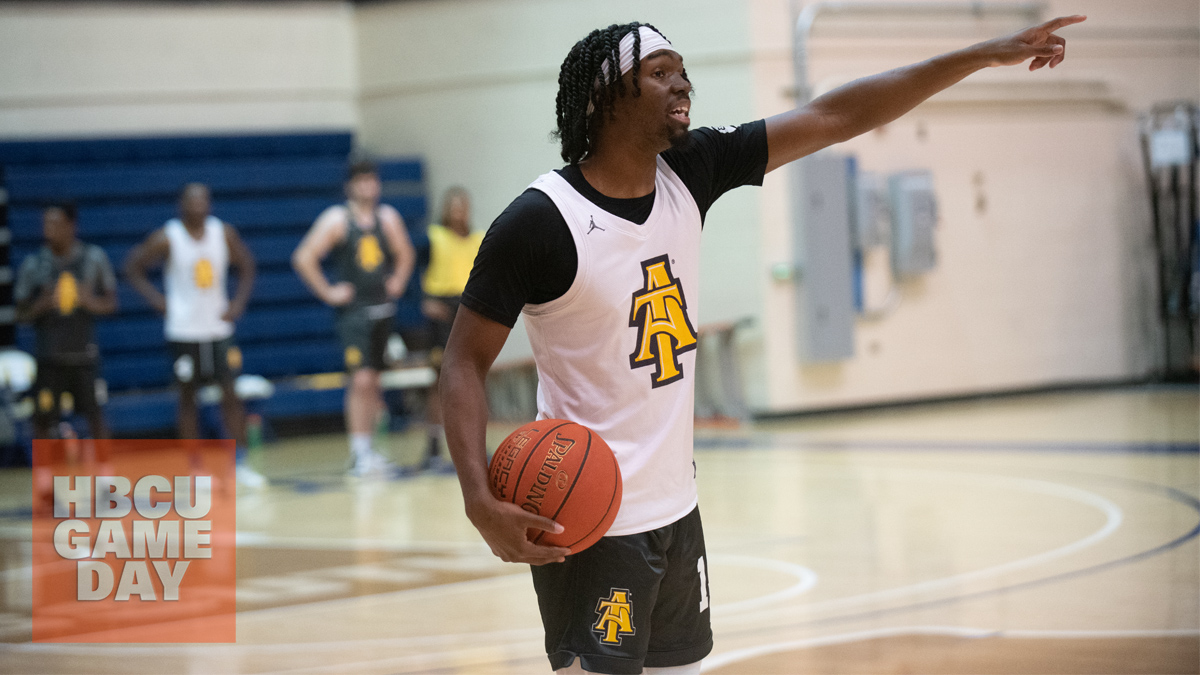 The Big South released its men’s basketball predicted finish on Wednesday and North Carolina A&T and Hampton are expected to have their work cut out for them.

A&T was picked to finish third in the North Division heading into its inaugural season in the league. It claimed the 2021 MEAC Southern division title earlier this year.  The Aggies received three first-place votes and a total of 92 points.

Hampton was predicted to finish fifth in the North division.

Campbell University and Winthrop University have been chosen as the favorites in the Big South Conference’s annual preseason men’s basketball poll for the 2021-22 season.

Big South men’s basketball returns to divisional play in 2021-22, which was first used during a two-year span from 2012-14.  The voting panel of head coaches and media voted Campbell the preseason favorite to win the North Division, with defending Big South Champion Winthrop earning the plaudit for the South Division.

The Camels, who return all five starters and 14 letterwinners from a squad that finished runner-up to the Eagles in 2020-21, received 20 of 26 first-place votes and 148 points to capture the division championship.  It is the third time Campbell has been voted a preseason favorite in the Big South, as the Camels were tabbed first in the 1988-89 poll as well as in the 2012-13 divisional poll.  Longwood was second in the North Division voting with 96 points.  Radford placed fourth in the voting with 83 points.  Rounding out the North Division poll are Hampton in fifth (70 points) and High Point in sixth (57 points).

Winthrop tallied 23 of the 26 first-place votes and 152 points as the South Division favorite in 2021-22.  The Eagles, who return two starters and nine letterwinners from last year’s championship squad, is the top preseason pick for the second consecutive year and ninth overall.  UNC Asheville — the lone Big South squad to defeat Winthrop last season — was second to the Eagles with 131 points and received the three remaining first-place votes.  Gardner-Webb was third in the South Division poll with 103 points, followed by Presbyterian College in fourth (72), Charleston Southern in fifth (47) and USC Upstate in sixth (41).

Winthrop was voted the men’s overall champion by the voting panel with 16 votes, with Campbell receiving eight votes and North Carolina A&T appearing on two ballots.

Note: points are based on a weighted system.  First-place votes in each division received 6 points, followed by 5 points for second-place, and so on.