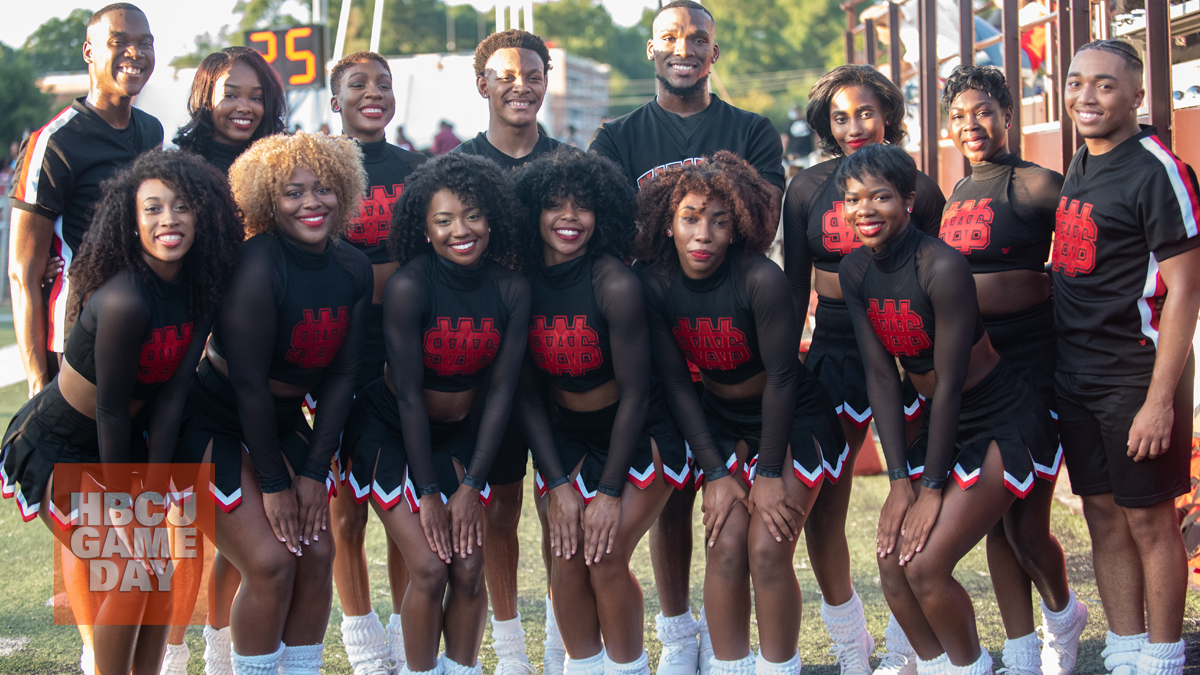 The Winston-Salem State cheer squad went viral on TikTok. But it wasn’t the moves of the WSSU Cheerleaders that made the biggest impact.

Natural hair is arguably more popular than ever with black women. But in some spaces, it is still frowned upon. The Winston-Salem State University cheer squad is doing its part to make room for it in cheerleading.

The cheer squad, known as “The Powerhouse of Red and White” recently went viral on the HBCU Gameday TikTok page. The team, along with the band attempted to keep the crowd motivated during a recent game against Elizabeth City State, and the clip is quickly approaching the million views mark.

The video caught fire not only for the fierce stomp-and-shake style that WSSU cheerleaders — as well as many other CIAA cheer squads — are known for. It was also due to their look, which featured several young ladies wearing their hair in a natural state.

There are more than a thousand comments on the video, the majority of them positive, and many focused on the natural look. So much so that many viewers said they found inspiration in the 40-plus second clip.

“I think we’ve been transitioning into kind of taking more of our natural beauty state on this team. I think that’s really inspiring a lot of people, especially people that are also a part of cheer teams in the HBCU community. Because if you look at the teams — a lot of them don’t wear their natural hair.”

That puts a smile on Destiny Martin’s face, adorned with a golden natural crown full of flowing curls. The senior from Chesapeake, VA is a cheer captain for the program and says that reading the comments about the natural hair meant everything to her.

“For so long, I think people were to push for wearing their natural hair, in their natural state, instead of only the people with short hair being able to wear it,” Martin said. “Like why can’t people with long hair wear it? So I feel like now, we’re kind of pushing it forward.”

Martin and her teammates are in their first season under head coach NeShelia Washington. Washington is an alumnus and former WSSU cheerleader herself. Since taking over the program in July she’s been mixing the traditional with bold, new ideas.

“The traditions never change here at Winston-Salem State University — however — things evolve,” Washington told HBCU Gameday. “So it’s been a joy coming in and getting ideas from the new cheerleaders, taking in their perspectives and letting them be the creative vessels for the program.”

Martin says Washington came in with an emphasis on making everything their own and putting their stamp on things.

“It was very inspirational to see that people were taking on to their look,” Washington said. “And not that we’re trying to change anything, but we have to evolve as a program.

Washington made it clear that it’s not an anything-goes program, but that she wants her team to be their authentic selves while being a part of the program.

“It’s still what looks good in the uniform, but their natural state is gorgeous,” she said. “And that’s from short hair, mid-length, long hair. I prefer for them to be comfortable when they are cheering because I think they can perform their best when they do so.”

Martin appreciates that freedom, and she is excited about inspiring cheer squads to be more open.

“I think we’ve been transitioning into kind of taking more of our natural beauty state on this team. I think that’s really inspiring a lot of people, especially people that are also a part of cheer teams in the HBCU community. Because if you look at the teams — a lot of them don’t wear their natural hair. It always weaves or braids or something,” Martin said. “So somebody that’s coming into college you might think ‘oh, well that’s what I have to look like too.” But I feel like that video — that was a statement piece that you can come as you are and still look good and still glow up. Because we’re glowing up off the video.”

Of course, the WSSU Cheerleaders aren’t the first to wear their natural hair. But Martin pointed out what she feels is a sizable difference.

“In the past people have also worn the natural hair, but it was short cuts or no hair at all. This year — and sometimes last year — you’ve seen people with lots of hair,” she said. “I think it’s truly an inspiration to people to say ‘hey, you can just look how you are, and it be okay.”

As for Washington, she said she was excited for her team to get the recognition she believes they deserve for their look. But she also acknowledged a few comments regarding whether or not their stomp-and-shake/dance-heavy routines were actually cheerleading. She’s not just satisfied with challenging cheer hairstyles, she wants to show the versatility she is pushing for in her program.