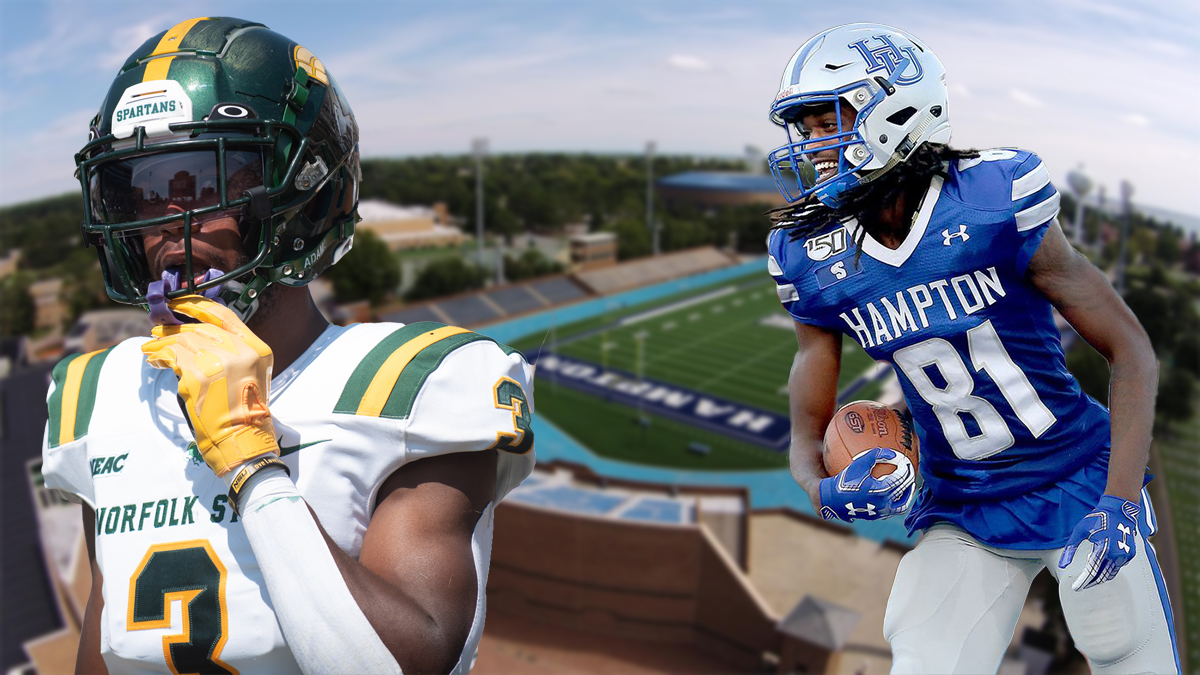 How To Watch: Norfolk State-Hampton preview

The Battle of The Bay football game is back for the first time since 2017. Both Norfolk State and Hampton have offensive playmakers to make this a potential shootout.

The Hampton-Norfolk State rivalry dates back better than 55 years and existed in both the CIAA and the MEAC. Now the two programs will meet on the football field for the first time since 2017. Here’s what you need to know to watch the game.

NSU enters this matchup 2-2 overall. After starting its season with back-to-back losses against FBS teams it dominated Elizabeth City State and came back to beat St. Francis to even its record.

Hampton enters this game 2-1 overall. Like NSU, it beat a former CIAA rival in Virginia Union, and then beat long-time rival Howard University in Week Three. It got a solid money game pounding against Old Dominion in between.

Both Hampton and NSU have deep, talented running back groups that will challenge the opposing defenses.

NSU has five running backs with at least 100 yards after four games. Freshman J.J. Davis leads the way with 297 yards on an impressive 7.2 yards per rush. Sophomores Kevin Johnson and Rayquan Smith both average around four-and-a-half yards per rush. Then there’s quarterback Juwan Carter who is second on the team in rushing and averages nearly five yards per rush

Hampton has a two-headed monster in the backfield with redshirt sophomore Darian Butts and freshman Elijah Burris. Butts averages a staggering 8.8 yards per carry while Burris averages 5.6 yards per attempt and has four touchdowns in three games.

As great as the backs are for both teams, there are still dangerous playmakers at wide receiver.

Hampton’s Jadakis Bonds leads the team with 16 catches and three touchdowns through the first three games. Senior Hezekiah Grimsley started the season slow but exploded for 165 yards on three catches, including a 95-yarder, against Howard. As great as the backs are for both teams, there are still dangerous playmakers at wide receiver.

Carter’s most consistent target has been Justin Smith. The senior has 19 catches and four touchdowns so far to lead NSU. Da’Quan Felton is also another solid option as he has 12 catches with an average of 14.6 yards per reception.

How To Watch: Norfolk State-Hampton preview