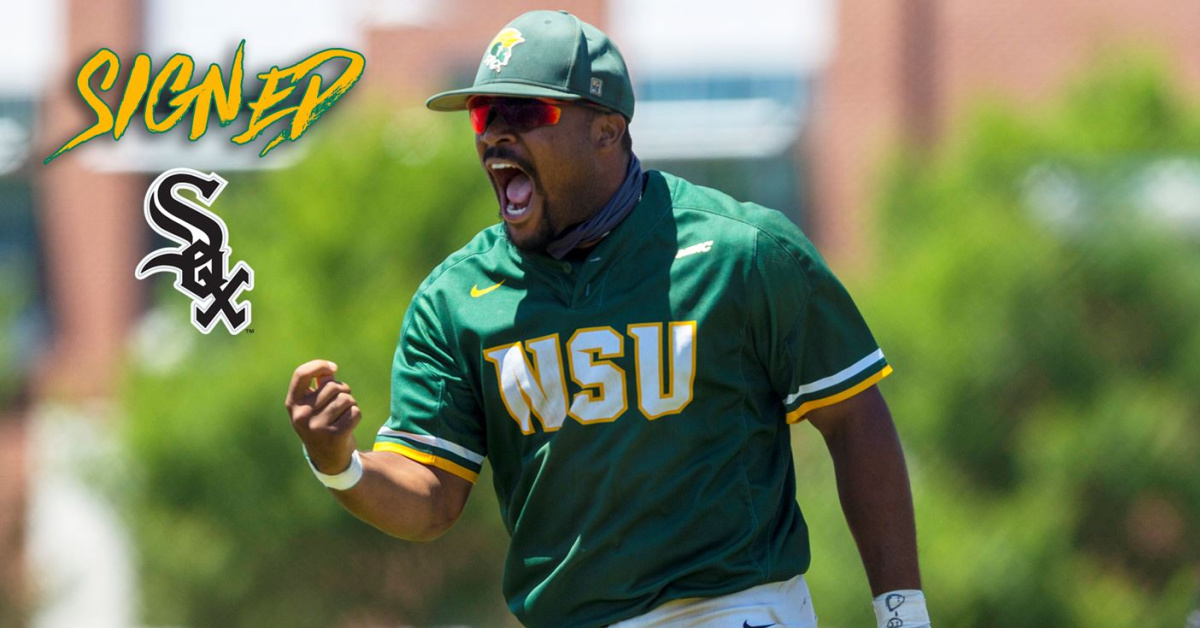 The standout second baseman is expected to join the team in March during spring training. He is the first Spartan to sign a deal with a Major League Baseball franchise since 2017, when former pitchers Devin Hemmerich (Los Angeles Dodgers) and Alex Mauricio (New York Yankees) were drafted that June.

“I am extremely thankful for the Chicago White Sox giving me a chance to further my baseball career,” Womack said. “I’ve been working hard and wanting to play pro baseball since I was about 5 years old, so this is a dream come true. But I still have a lot of work ahead of me.”

Womack recently graduated following a stellar four-year career that included two All-MEAC first-team selections and the 2021 MEAC Tournament Most Outstanding Performer honor. Womack hit the walk-off RBI single in the bottom of the 11th inning in the MEAC Tournament final against North Carolina Central in May, giving the Spartans their first-ever MEAC baseball championship.

Womack finished his career fifth all-time in NSU history with 211 base hits. For his collegiate career, Womack batted .344 with 40 doubles (seventh in school history), three triples, 11 homers and 109 runs batted in.

“I’m thrilled for Alsander and his parents, and I’m excited to see this legendary Spartan make his way in professional baseball,” NSU head coach Keith Shumate said. “He has made us proud since his first days on campus. It has been an honor to coach him.”