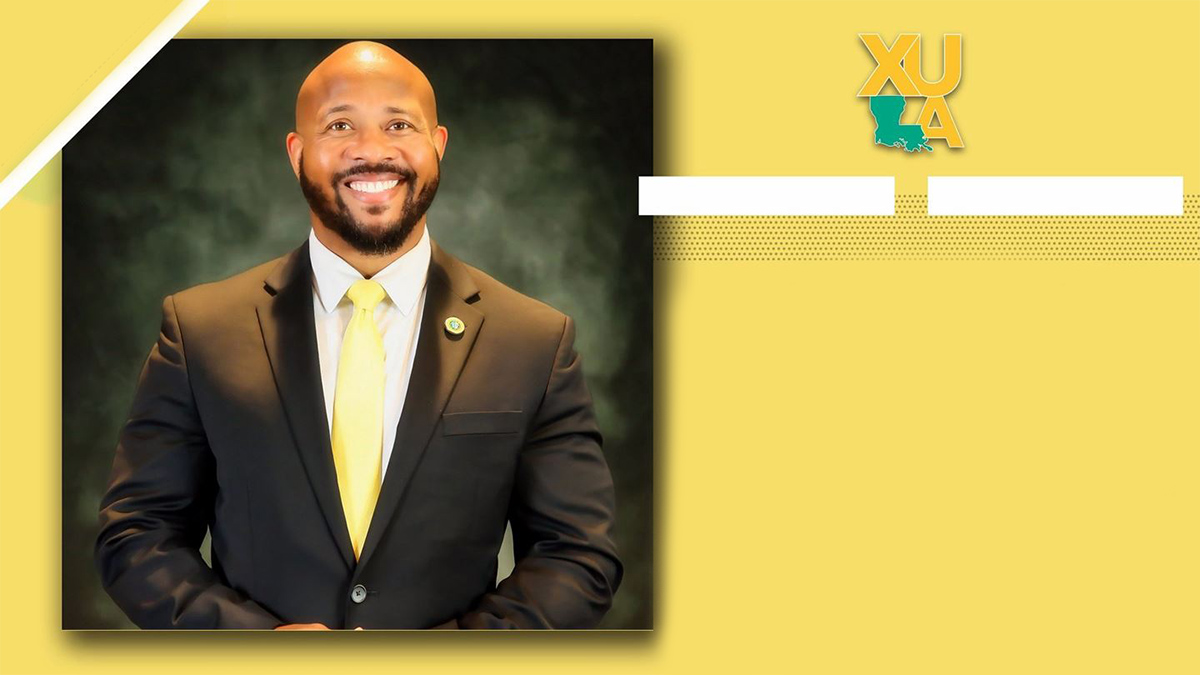 Xavier University of Louisiana (XULA) has hired a former football coach and player to run its department of athletics.

Cochran comes to Xavier from Kentucky State University, where he has served as assistant head football coach and coordinator of recruiting and compliance the past 2 1/2 years. KSU’s 2019 team was NCAA Division II’s most improved and produced the second largest improvement by a Division II HBCU since the NCAA started compiling that statistic in 1996.

“I’m excited to welcome Nathan Cochran to the senior leadership team in Xavier’s Division of Student Affairs,” said Wright. “Nathan brings a wealth of experiences both as a coach and athletic administrator that will immediately advance our departmental goals and aspirations. Our talented coaches and dynamic student-athletes, coupled with Nathan’s amazing communication skills, blend perfectly to position Xavier as one of the powerhouse programs in the NAIA. We are proud to have him on our team.”

Cochran replaces Jason Horn, who led XULA Athletics the past seven years. Cochran takes over a program that continues to excel and receive national acclaim while competing in the National Association of Intercollegiate Athletics (NAIA).

During the past 10 years Xavier teams won 65 conference or NAIA unaffiliated group championships and qualified 70 times for NAIA National Championship tournaments in basketball, competitive cheer, cross country, tennis, track and field and volleyball. During that same stretch, nearly all of the senior student-athletes received degrees from XULA or are still enrolled.

Cochran’s professional career spans nearly 20 years as a collegiate administrator and a football and track and field coach. Almost 70 percent of his employment has been at HBCUs. His previous collegiate jobs were at Philander Smith, Paine, Alma, North Park, Avila, Lincoln (Mo.), Blackburn, Wisconsin-Platteville and Allen.

For slightly more than two years (2017-19), Cochran was director of athletics at Philander Smith, which competed at that time in the same conference — the Gulf Coast Athletic — as XULA. Cochran’s Philander tenure included an improved website and athletic facilities, an increase in sport offerings from seven to nine, and the launch of a fundraising campaign and a hall of fame for athletics.

“I am truly honored to be selected as the executive director of Athletics and Recreation at Xavier University of Louisiana,” Cochran said. “I am excited to work with Xavier’s great coaches, athletic staff and tremendous student-athletes. I also look forward to developing relationships with the proud Xavier alumni and the New Orleans community.”

Cochran received a bachelor of science degree in mathematics from South Carolina State in 2000 — he was a two-year football letterman with the Bulldogs and, in 1998, earned the team’s academic achievement award — and a master’s in management from Webster in 2003. He is working on a doctorate in adult and higher education from Morehead State. He is a member of the American Football Coaches Association, the National Association of Collegiate Directors of Athletics, USA Track & Field Georgia and Omega Psi Phi Fraternity.

As a youth in his hometown of Boulder, Colo., Cochran achieved Eagle Scout.

XULA is a longtime NAIA member and on July 1 began its first year as a member of the Red River Athletic Conference.v