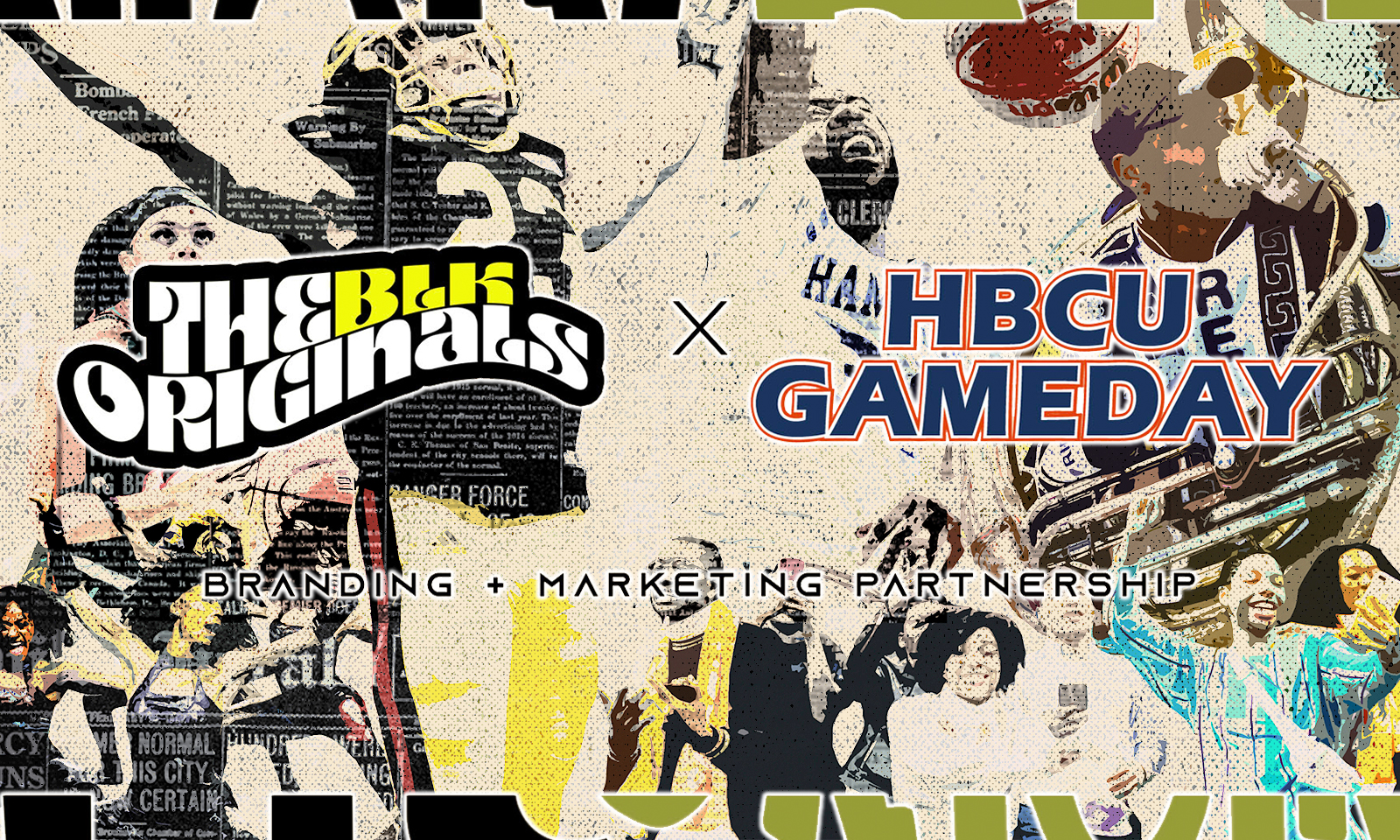 The BLK Originals and HBCU Gameday team up for Unique Partnership

“Naturally, we’re extremely excited to launch this partnership with HBCU Gameday, who we among others, consider to be the leaders in the media industry with their exceptional coverage of HBCU athletics.” Sam Hoggs, co-founder of The BLK Originals

Courtesy of The BLK Originals

DURHAM, N.C.– It was announced Friday, July 2, that two rising social media entities – The BLK Originals and HBCU GameDay, have entered into a partnership that will see the burgeoning online companies combine to give Historically Black Colleges & Universities (HBCU) a unique and one-of-a-kind media and online presence beginning with the 2021 fall sports season(s).

The BLK Originals, already having inked an exclusive deal with Facebook Sports in November 2020, now enters into a partnership with a social media presence founded by Steven J. Gaither, and one that also includes former news anchor Tolly Carr and filmmaker, Wali Pitt. The partnership will not only allow HBCU Gameday to continue providing expert coverage of the Central Intercollegiate Athletic Association (CIAA), Mid-Eastern Athletic Conference (MEAC), and Southwestern Athletic Conference (SWAC) coverage as well. Some of that coverage was seen across Twitter, Facebook and Instagram in spring 2021, as HBCU Gameday covered college football’s first-ever spring season for the FCS (Football Championship Subdivision).

“As a collective group, the members of The BLK Originals are all HBCU born and bred,” expressed Sam Hoggs, co-founder of TBO (The BLK Originals). “Naturally, we’re extremely excited to launch this partnership with HBCU Gameday, who we among others, consider to be the leaders in the media industry with their exceptional coverage of HBCU athletics.”

In the partnership, The BLK Originals will help provide a broader social media presence for HBCU Gameday, as well as providing informative graphics and visuals through photography and videography.

“We want to help redefine their aesthetic and continue to propel black journalism and HBCU culture to the forefront for our community and for past, present and future student-athletes,” added Hoggs, a 2014 alum of Winston-Salem State University.

Already in the works for fall 2021 and a revamped and new-look SWAC that includes cross country, football and volleyball, The BLK Originals and HBCU Gameday will be on-location for several Homecoming events in states that include Alabama, Mississippi, Louisiana and Texas. Also added to the mix for the first time ever for SWAC sports, the state of Florida, as both Bethune-Cookman University and Florida A&M University became official members of one of just two (2) HBCU Division I leagues, as of Thursday, July 1.

“Working with The Black Originals is a milestone achievement for HBCU Gameday. It’s important for two reasons, primarily we are just really huge fans of the work that TBO has done over the years so to be partnering with them is surreal,” said Tolly Carr. “It’s also another huge step in creating additional cornerstone of black excellence within our overall workflow. We are beyond excited and ready to see the impact this will have on our coverage of black sports and culture.”

Also included in future HBCU coverage through The BLK Originals and HBCU Gameday partnership is a trip to Tennessee State University, one of just a few HBCUs that compete outside of the Southern Intercollegiate Athletic Conference (SIAC), CIAA, MEAC and/or SWAC.

The addition of high-profile coaches with the likes of Deion Sanders (Jackson State), Tyrone Wheatley (Morgan State) and Eddie George (Tennessee State) has created a buzz around HBCU athletics like never before in terms of national media. Therefore, the partnership with The BLK Originals and HBCU Gameday is set to serve the masses in several ways.

HBCU Gameday was formed in 2012 by Gaither in an effort to create an outlet that offered authentic and in-depth coverage of HBCU Sports and Culture. The launching of HBCUgameday.com transformed the way HBCU sports fans were able to consume and process the news that they cared about. Building off the model of pioneering web sites like Onnidan.com, HBCU Gameday shifted the landscape by moving past message boards and coordinating journalistic content from the website onto social media. From podcasts, to video (i.e. YouTube) and formal journalism, HBCU Gameday continues to create new milestones and craft exciting ways to tell the stories of HBCUs.

More details of the partnership between The BLK Originals and HBCU Gameday can be viewed at www.hbcugameday.com. The BLKOriginals website can be found at www.TheBLKoriginals.com, for those seeking more information on membership, company details and FAQs.

The BLK Originals and HBCU Gameday team up for Unique Partnership