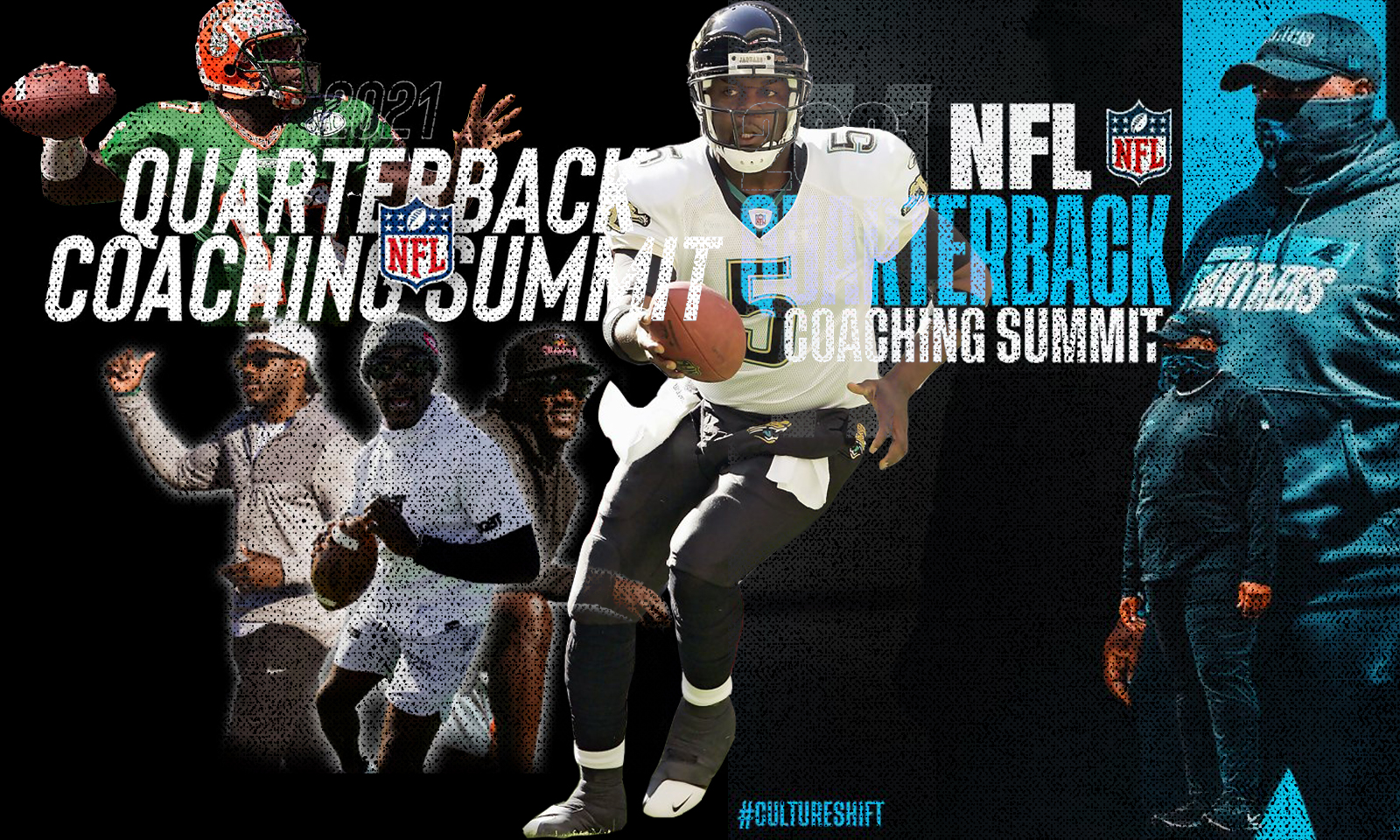 The NFL Quarterback Coaching Summit is an annual event and partnership with the Black College Football Hall of Fame. A two-day program designed to give coaches from the NFL and NCAA experience, professional development and networking opportunities with NFL club executives.

“The Quarterback Summit brings together the brightest, most innovative and successful offensive minds from around the country,” said Troy Vincent, NFL executive vice president of football operations.

“From professional development to networking to coaching best practices — this summit should leave no doubt about the promising pipeline of championship play callers within the sport of football.”

The 2021 Summit will be held virtually on June 22-23 and this years event happens to have some strong HBCU ties.

Quinn Gray is a legendary quarterback at FAMU under coach Billy Joe from 1998 through 2001 leading the rattlers to back-to-back MEAC titles in 2000 and 2001 while setting several school passing records in the process.

Gray went undrafted in 2002 but made the Jacksonville Jaguars roster as an undrafted free agent where he played 5 years with the Jags along with stints with the Texans, Colts and Chiefs.

As a coach, Quinn Gray returned to Tallahassee where he became the head coach at Lincoln High School in 2017.

In 2019 he returned to HBCU football as the quarterbacks coach at Alcorn State, where he coached 2019 SWAC offensive player of the year Felix Johnson.

This will be Gray’s second Coaching Quarterback Summit and he went to facebook to show his excitement for the opportunity.

“Every opportunity you get to close your mouth and open up your ears and listen to get better, is an opportunity to progress. I’m excited about this opportunity to attend my 2nd Quarterback Coaching Summit”

Chris Clark is a rising star in both the collegiate and professional coaching ranks. The 29 year old Baton Rouge native played his college football at Pearl River Community College before starting his coaching career as an Assistant defensive line coach at Southeastern Louisiana University in 2018.

From there he made his way back home to Baton Rouge in 2018 where he served as a graduate assistant coaching safeties at Southern University before moving on to coach the defensive line as well as serving as an recruiting analysis.

“It was great to learn about HBCU culture and see exactly where it all started for us. We (HBCUs) don’t get the respect we should”

Chris Clark on coaching at an HBCU

It was during his time at Southern that Clark was invited to take part in the NFL’s Bill Walsh Diversity Coaching Fellowship which was Designed as a vocational tool to increase the number of full-time NFL minority coaches.

Chris Clark spent the summer of 2020 interning with the Carolina Panthers as a part of the program. There gained hands on experience coaching both linebackers and special teams.

“I learned how to be a true professional and what it takes to to coach and make it to the next level. I was the best experience of my life My goal is to become an NFL head coach”

Malcolm Bell is considered one of the top quarterbacks in the MEAC from the past decade.

The Richmond, VA native was a three-year started for North Carolina Central where he finished second in school history in passing with 6,340 yards and second in total offense with 7,844 yards.

Bell also ran for over 1,500 yards with his best season coming as a senior in 2016 when he passed for 2,431 yards and 17 touchdowns while finishing sixth in rushing in the conference with 575 yards.

But the most important number is his 24-10 record as a starter and three conference championships.

After finishing his playing career Malcolm signed to the Winnipeg Blue Bombers of the Canadian football League where he participated in preseason before being released.

Starting in 2017, Malcolms goal is use his quarterback training platform to help shift the narrative on QB play, teaching young quarterbacks proper technique and developmental practices.

In four years, Bell has gone from an unknown trainer to becoming a nationally-known Quarterback Consultant that has has trained and developed some of the top Quarterbacks in the nation.

I’ve received the opportunity to attend the NFL Quarterback Coaching Summit this year — so excited and proud to be chosen for such a prestigious event built to push minority coaches forward in the industry.

I must say that this was not what I was expecting to receive via email last night as I haven’t been in contact with anyone regarding it. I swear hard work, dedication, intention and patience gets you a long way — you never know who’s watching.

All thanks to the Man upstairs