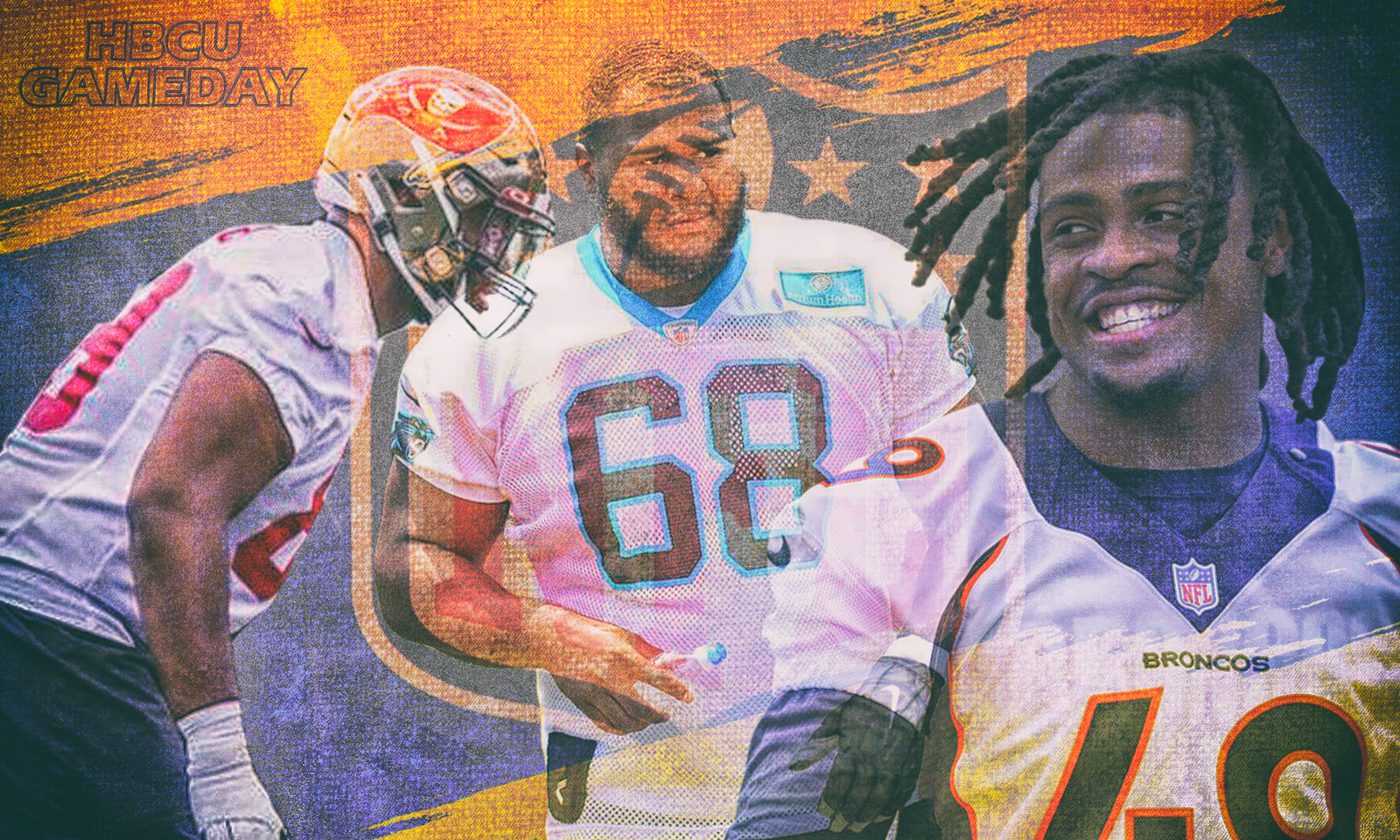 The HBCU rookie class of 2021 put on their new NFL jerseys and hit the practice field for the first time.

NFL teams held their rookie minicamps over the weekend of May 14-16 and while no HBCU players were drafted, a handful of guys did sign on as undrafted free agents giving us our first look at the 2021 HBCU rookie class in minicamp.

David Moore is getting a lot of attention in Carolina for an undrafted free agent.

The subject of feature articles from both local and team media during minicamp weekend, Moore’s Senior Bowl connection to head coach Matt Rhule and his Grambling connection with current Panther tackle Trent Scott has made his first weekend as a Panther feel like more like a favorite cousin moving to the city than a possible new friend coming in for what might be a short stay.

“Trent Scott, he’s one of us, he’s got the right mindset and work ethic, he’s an awesome guy,” said Panthers head coach Matt Rhule to the media. “He said to keep an eye out for David Moore from Grambling; I put my stamp on him, he can play… And then we got down there, and he was pretty much everyone on our team, one of their favorite guys. He had a great attitude. . . . He’s got a great personality and great demeanor, and everyone who’s around him just kind of gravitates toward him.”

This type of love is usually reserved for the more high profile incoming rookies but David Moore has Charlotte buzzing and despite his shorter and wider than normal frame for an NFL lineman, he’s dropped 23 pounds since the Senior Bowl, he’s got an 83-in wingspan and he already has Panthers offensive line coach Pat Meyer saying, ‘Hey he can do it.’ after a week of practice.

Bryan Mills, the long california corner who played one season in the MEAC with NCCU where he lead the league in interceptions made less media noise than Moore during rookie minicamp but can be seen in the video below wearing number 30 and going against Seahawks second round pick, D’Wayne Eskridge.

Calvin Ashley is a florida boy, a FAMU man, and now a Tampa Bay Buccaneer. Tampa Bay only drafted one other player on the offensive line so Ashley may have a legit chance to make the roster or at least the practice squad.

For now we can only appreciate the big man in his new digs.

Mac McCain III has been all smiles since signing with the Denver Broncos, but photos from the mile high minicamp show that he’s been about that action as well.

He was photographed doing drills with Patrick Surtain II, a top ten pick and often regarded as the best cornerback in the 2021 draft.

Going rep for rep with guys like these will only make Mac McCain III a better player as he looks to make the 53 man roster.

We will continue to update as we find info on the 2021 class of HBCU rookies as the NFL continues its offseason programs over the course of the summer.